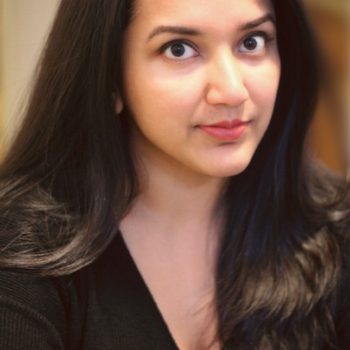 Worldbuilding is like a jigsaw puzzle. You start with the edges, the essential outline and framework, and then work in, spiraling and spiraling until you find the last, perfect piece. Without the edge, the outline, you have no direction to go in. You start grasping around, putting together little groups of pieces here or there, hoping to find something that connects, but it all feels rather futile. And makes it much harder to find the pieces that connect the whole puzzle together.

Maybe you don’t work on jigsaw puzzles that way. And maybe you prefer to create worlds or write in a less linear, more organic way. But I think when you’re building a world, a new, vast, mysterious world that has only lived in your head up till that point, it’s essential to have those end pieces. In writing, those would be your plot and character anchors. Or your theme. The key elements of your world that cannot and will not change.

Perhaps it’s an element that’s essential to your theme, like that a certain group of people have the ability to control an energy, a force, that lives everywhere throughout the world. Or maybe it’s more gritty and physical, a world that is ravaged by storms and earthquakes. Or a world that demands children fight to the death for the amusement of others, gladiator style. 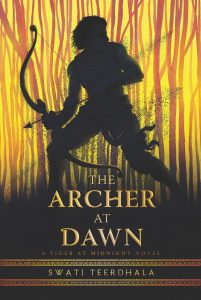 These are your anchors, your non-negotiables, your edge pieces. Find those first and you have a world that will have solidity to it. When it came to building the world of The Tiger at Midnight series, my key edge pieces were the idea of a land sustained by a holy, magical river and a bond forged between man and god that had begun to fray. From there, I built out the lands’ inhabitants, the two countries that rely on the holy river and their connection to its magic. How it ruled them and their society. How it was torn apart in a grab for power.

I dove into my research into ancient India and their customs, dress, food habits. Hindu mythology books I hadn’t read in years were dusted off and devoured. There’s so much you can discover about worlds through the way history is written. It gives you a snapshot in time of another culture, showing you how a vibrant and thriving world might have operated. Or how a empire might have begun to crumble. Research and historical stories add to the edge pieces you’ve built, another line of puzzle pieces. They’re the steel buttresses of your world.

Next, I looked for the groups of similar pieces. The rituals and traditions that would fit with a culture living off of a holy, magical river. The kind of society that might evolve from two countries founded by a brother and a sister, a warrior and a poet. I could fit them together better by knowing that the corner of the puzzle needed to be white, or that this shade of yellow matched with that one. I’ll stop there before my analogy becomes too cumbersome, because I think you can catch my drift.

In all honesty, the world of Jansa, Dharka, and the Southern Lands could have evolved in many directions. Instead of being constrained by tomes of world building I had done earlier, I was able to evolve it alongside the story I wanted to tell once I had those edge pieces. Filling in the puzzle of my world could happen slowly after that, as I needed it. I was able to build a world alongside the story with both of them in harmony.

This method has saved me reams of time, and plenty of heartache, by allowing me to focus in on what interests me and is vital to my story. Sure, I’ve still gone off and written entire side histories for a certain epoch of time or for the fisherman of west Jansa… but because I wanted to. Because it helped me dive deeper into the world.

While I do think there are variations to this (some people might need those tangents to find their edge pieces, some might get bored without that exploration), this strategy has never failed me as a writer.

So, build your world piece by piece. And always start jigsaw puzzles with the edge pieces! 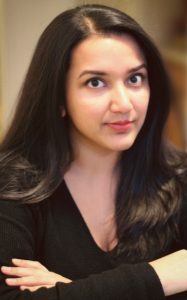 Swati Teerdhala is the author of The Tiger at Midnight and The Archer at Dawn. After graduating from the University of Virginia with a B.S. in Finance and B.A. in History, she tumbled into the marketing side of the technology industry. She’s passionate about many things, including how to make a proper cup of tea, the right ratio of curd-to-crust in a lemon tart, and diverse representation in the stories we tell. She currently lives in New York City.

Roundtable on "Planetary Writing" and SF in 2014