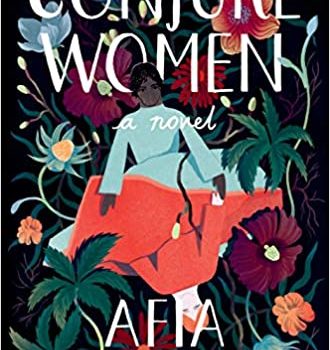 Afia Atakora, Conjure Women (Random House 4/20) This ambitious historical fantasy novel is set before, during, and after the Civil War in the American South, with a focus on folk healer Miss May Belle, her daughter Rue, and Varina, their master’s daughter. This impressive debut is already widely acclaimed and has drawn comparisons to the work of Toni Morrison.

James Blaylock, The Gobblin’ Society (Subterranean 3/20) Blaylock returns to his popular steampunk world with a new novella featuring Victorian adventurer and scientist Langdon St. Ives. Langdon’s wife inherits a mysterious house from her eccentric uncle, and moving in brings the family into contact (and conflict) with the secretive titular society, a “culinary establishment” with dark traditions.

Hannes Bok, The Fantastic Fiction of Hannes Bok (American Fantasy Press 4/20) The considerable talents of the late author-illustrator are showcased here with two novels, The Sorcerer’s Ship (1942) and Beyond the Golden Stair (1970), plus novella “Starstone World” (1942), along with Bok’s own black-and-white illustrations. There are also critical and biographical essays on Bok’s work and legacy.

Libba Bray, The King of Crows (Little, Brown 2/20) The bestselling and acclaimed YA author concludes her Diviners Quarter of historical fantasies, set in a magical version of 1920s New York, in this rousing tale. Our scattered heroes, on the run from both the US government and supernatural forces, join together for a last stand against the King of Crows and his undead menace, with the fate of the nation and the world at stake.

Ramsey Campbell, The Wise Friend (Flame Tree Press US 4/20) This latest novel from the horror grandmaster demonstrates that he’s still at the top of his game. Patrick Torrington investigates the arcane interests of his artist aunt Thelma, bringing his son Roy along as he digs into the mysteries – but while Patrick is scared away by his brushes with the occult, Roy remains determined to unravel the family secrets.

Frances Hardinge, Deeplight (Macmillan UK 10/19; Amulet 4/20) One of our most inventive and engaging children’s writers has mesmerized us yet again, this time with a tale set on an archipelago in a steampunk-tinged fantasy world where the gods long ago killed one another. Teenage Hark finds the still-living heart of a god, he uses it to save the life of his best friend, with unexpected and dangerous consequences.

Hao Jingfang, Vagabonds (Saga Press 4/20) The celebrated Chinese SF writer’s debut novel is available for English-language readers in a thoughtful translation by Ken Liu. This sprawling novel takes place in 2201 and explores the philosophical, political, and personal conflicts among the ultra-capitalist society of Earth and the more communitarian and collectivist culture of Mars. “Meditative and stimulating… inviting and rewarding.” [Paul Di Filippo]

S.A. Jones, The Fortress (Erewhon 3/20) This feminist SF novel (first published in Australia in 2018) is set in a world much like our own – except it exists alongside an isolated matriarchal city-state, the Fortress, populated exclusively by women known as the Vaik. When lawyer Jonathon Bridge is caught cheating by his wife, his only chance to save his marriage is to spend a year being rehabilitated at the Fortress, where his power and prestige mean nothing.

Stephen King, If It Bleeds (Scribner 4/20) The master of horror has gifted us with his latest collection of four original novellas, in the tradition of his classics Different Seasons, Four Past Midnight, and Full Dark, No Stars. This one includes ghost story “Mr. Harrigan’s Phone”, literary horrors “The Life of Chuck” and “Rat”, and the title novella featuring detective Holly Gibney from the Bill Hodges trilogy and novel The Outsider.

Kathe Koja, Velo/Cities (Meercat 4/20) Koja is one of our most talented authors, capable of writing anything from chilling horror to enchanting children’s stories. Her second collection (after 1997’s Extremities) features 13 stories (including originals, “Clubs” and “Coyote Pass”) and showcases some of her best strange short fiction from 1995 to today.

Larry Niven, Jerry Pournelle & Steven Barnes, Starborn & Godsons (Baen 4/20) Three of SF’s most celebrated voices joined forces way back in 1987 to write The Legacy of Heorot, followed in 1995 by sequel Beowulf’s Children, and now the Heorot trilogy has reached its eagerly awaited conclusion. The inhabitants of colony world Avalon have overcome their deadliest challenges and created a thriving society… but now a new ship is on its way, bringing visitors who are both familiar and utterly strange.

Veronica Roth, Chosen Ones (Houghton Mifflin Harcourt 4/20) Roth is famed for her dystopian YA Divergent series, bestsellers that spawned a film series, and now she’s turned her hand to a work of adult fantasy. Five children joined forces to defeat the magical Dark One and save the world… and became famous in the process. Ten years after the villain’s defeat, they’re all deeply dysfunctional adults – but their fight may not be over.

John Scalzi, The Last Emperox (Tor 4/20) The popular and engaging author wraps up his Interdependency trilogy in a volume dedicated “to the women who are done with other people’s shit” – and features characters to match, with “some truly surprising moments and some subversion of expectations… a solid ending to a fun, frequently resonant series.” [Adrienne Martini]

Michael Swanwick, The Postutopian Adventures of Darger and Surplus (Subterranean 4/20) This collection includes five stories and four “non-canonical” vignettes about far-future con artists Darger and Surplus, including their first appearance in Hugo Award winner “The Dog Said Bow-Wow” and original “There Was An Old Woman…”. “Darger and Surplus… join the small company of SF’s classic rogues… the world they occupy is as complex, detailed, and morally chaotic as we’ve come to expect from the best of Swanwick’s fiction.” [Gary K. Wolfe]

This and more like it in the June 2020 issue of Locus. 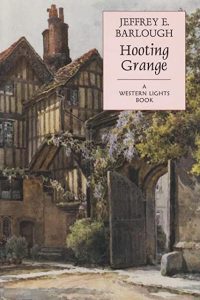 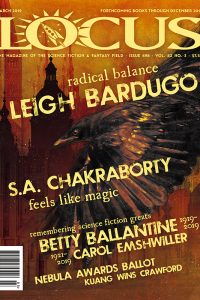 Charles Stross’s first professional story sale, ‘‘The Boys”, appeared in 1986, and he has published short fiction regularly ever since. Novelette ‘‘Lobsters” (2001) was nominated for a Nebula and Hugo, and was runner-up for the Sturgeon Award; novelette ‘‘Halo” (2002) was a Hugo and Sturgeon nominee; ‘‘Router” (2002) was shortlisted for a BSFA award; novelette ‘‘Nightfall” (2003) was a Hugo and BSFA nominee; time-travel novella ‘‘Palimpsest” (2009) won a Hugo;