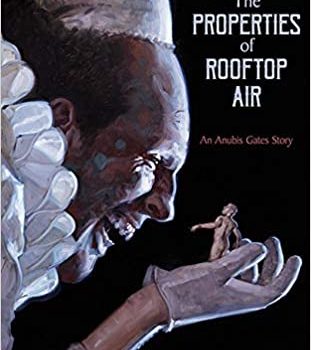 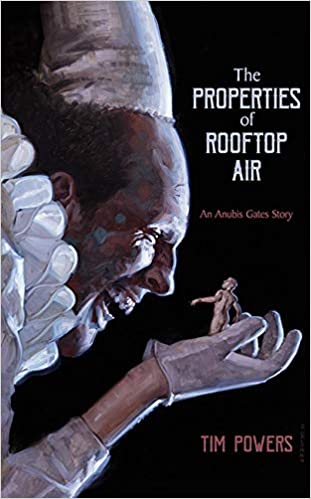 There were plenty of evil clowns before Stephen King’s Pennywise basically photobombed the whole trope, and one of the most disturbing was Horrabin from Tim Powers’s The Anubis Gates, who would deliberately disfigure some of the beggars in his gang in order to make them appear more pitiful. Now Horrabin is back in the tightly wound and intriguingly titled novella The Properties of Rooftop Air, which alludes to Horrabin’s distaste for being in contact with, or even too close to the earth. An illiterate and rather clumsy beggar named Fairchild, who has only recently joined Horrabin’s guild, is terrified when he is summoned to meet with the clown himself – fearing some sort of mutilation is in store – but instead finds himself enlisted in a bizarre scheme to enhance his intelligence by psychically linking him to a community of tiny homunculi created by the alchemist dwarf Dungy, who seems to be, if not the brains behind Horrabin’s entire operation, at least its research and development arm. Fairchild’s mental slowness is actually an advantage, rendering him something of a tabula rasa for Dungy’s experiment. But even as he’s promised that he’ll gain the ability to read Pascal and Newton, Fairchild gradually comes to realize what this will actually cost him.

While the main appeal of The Properties of Rooftop Air will be to fans who relish the chance to return to the richly detailed, phantasmagorical Georgian London of The Anubis Gates, Fairchild’s rather sad tale of coming into consciousness, or gaining ”definition” as Dungy puts it, offers its own glimpse into the real grinding poverty of that era. Fairchild hopes that, by allowing Dungy and his homunculi to essentially turn him into a new and more valuable gang member, troubling memories of ”bad and foolish things he’d done” will be erased – but so, essentially, would Fairchild himself. It’s a dilemma that echoes one of the recurring themes of The Anubis Gates, with its body-switching protagonists and villains, but it’s also the sort of moral conundrum that has long fascinated Powers. In many ways, that conundrum, along with Powers’s familiar atmospheric skill, is what lends The Properties of Rooftop Air its power despite a rather slight plot and a fairly claustrophobic setting – which opens up in a dramatic way in a striking scene when Fairchild finally comes to recognize the cramped nature of his world. It’s more of a snapshot than a tapestry, but it captures a good deal of the old magic. 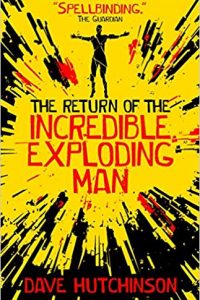