Comet Weather, Liz Williams’s first novel in several years, is an absolutely lovely tale of an attractive if troubled family in contemporary Somerset and their increasingly hazardous interactions with the world of faerie. I suppose it falls into the broad tradition of what we might call English rural gothic, reaching all the way back through Diana Wynne Jones and Robert Holdstock to Daphne Du Maurier or even Arthur Ma­chen. But Williams is also interested in characters who have to live and work in contemporary Britain, and to balance their lives between their magical heritage and the demands of the real world – much like the characters in Paul Cornell’s recent Lychford series or Graham Joyce’s The Limits of Enchantment. As with those novels, Williams presents us with a fam­ily portrait nuanced and intriguing enough to sustain a pretty interesting novel even before the magical ordnance is fully deployed, and indeed the manner in which Williams methodically shifts her tone from domestic magical realism to high-stakes supernatural spectacle – complete with ghosts, time travel, shape­shifting, star-spirits, parallel realities, and even Sir Francis Drake – is a model of narrative management.

Not that she’s coy about showing us the fey con­nections of the four sisters who are the novel’s central figures. On the very first page, Bee Fallow gets into a conversation with an elder tree, which tells her that her estranged sister Stella will soon be returning to the family home of Mooncote, from which their mother Alys had disappeared a year earlier. Bee, the oldest, has taken over management of the home, and seems the most grounded of the sisters, even though her boyfriend Ned Dark is a 400-year-old Elizabethan ghost. Stella has decamped to the continent, working as a DJ in Ibiza. A third sister, Serena, is a successful fashion designer in London, in a shaky relationship with a rock singer named Ben. The youngest daugh­ter, Luna, has taken up with a sort of countercultural nomadic band following a ritual horse path around England called the Gipsy Switch. All have different fathers, and none know who their father is, but they have fond memories of their astronomer grandfather Abraham, who taught them much about the night sky. With her knowledge of actual astronomy, Williams avoids lapsing into off-the-shelf astrology, but does make use of the old alchemical correspondences of the so-called Behenian stars, any one of whom might show up as a sprite on your doorstep at opportune times. The key astronomical event that gives the book its title is the return, after several thousand years, of Lerninski’s comet, which seems linked in some way to the possible return of the missing mother.

As the daughters return to the family home, prepar­ing for an apple festival, ominous things are already afoot. Ben introduces Serena to a vamp-like Dana Stare, who seems to be plotting to win him away, while Dana’s equally dodgy brother Tam shows up in Somerset as a kind of handyman. Stella is attacked by a huge, black-clad horned figure in her mother’s old room. Serena even has a ghostly conversation with her missing mother, who tells her that she’s been trying to track down a stolen magical family artifact – a bone flute – and that with the comet’s return “things are starting to open up”. The warnings and portents carefully assembled in the first part of the novel begin closing in rapidly in the second section, titled “White Horse Country” – referring to the parallel-world Celtic twilight landscapes that the sisters increasingly encounter. The chapters grow shorter and punchier, the threats creepier, and the stakes much higher. At one point, Bee even finds herself aboard Drake’s famous ship The Golden Hind, revealing that the struggles the family is confronting go back centuries. But while Williams resolves her plot in good folk-fantasy mode, the real and considerable strengths of the novel derive largely from these four fascinating sisters, their mysterious mother, some intriguing secondary characters and villains, and Williams’s own gorgeous, hypnotic prose. Overall, Comet Weather is one of the most affecting and accomplished fantasy novels of the year so far. 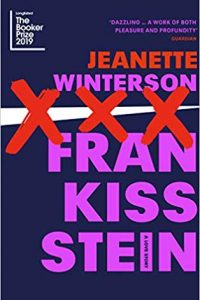 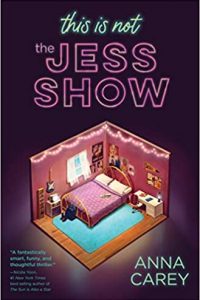