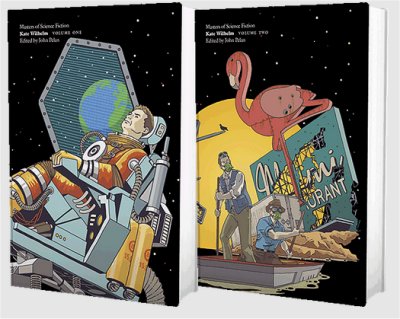 Editor John Pelan and publisher Jerad Walters of Centipede Press have again conspired, as they do on an awesomely regular schedule, to produce a book—a two-volume set, actually—that is a masterpiece of curation and production values. A handsome, deluxe, high-quality package, priced sensibly, enshrining important stories—what more could you ask for?

This time around, the deserving object of all this lavish care and handling is Kate Wilhelm, an author who passed away two years ago at the age of eighty-nine. Arguably undervalued in her lifetime—she worked in the shadow of her more-famous husband, Damon Knight; was never showy or self-aggrandizing; and then left fantastika for crime fiction, thus falling from the view of her original fans—Wilhelm, like all authors no longer striding the planet, risks being drowned and forgotten in the waves of fiction that follow her. But this massive collection should go a long way towards precluding that sad fate.

From her first publication in 1956, to a story in F&SF the year before her death, Wilhelm enjoyed a career of sixty years in which she displayed a distinctive voice that she could expertly modulate, as we shall see, across a wide spectrum of styles and tones. Pelan has chosen to present these tales out of chronological order, thus allowing us a more varied reading experience from page to page.

After a warm-hearted and perceptive introduction by Jack Dann, we plunge into “The Girl Who Fell into the Sky”, an evocative and truly haunting ghost story where beautifully limned characters interact crucially with a vivid landscape. It’s a hybrid of Simak and Kiernan. “Whatever Happened to the Olmecs?” would have made a great episode of The X-Files, with its blend of aliens and government conspiracies. Echoing the New Wave concerns of Ballard and Dick (artificiality and hyperreality and madness), “The Plastic Abyss” also prefigures the work of Christopher Priest with is multivalent bilocation theme, and feels like an Antonioni film. Wilhelm was an essential part of the New Wave, but never fell into the trap of stylish incoherency for the mere sake of revolt.

The “power chord” theme of telepathy gets refreshed in “I Know What You’re Thinking”, a la Silverberg’s Dying Inside, but with an upbeat, more proactive and resilient ending. Reality—or our perception of reality–becomes splintered in “A Cold Dark Night with Snow,” as our female protagonist seeks to outrun mysterious pursuers. But is she simply running in place? The poignant and romantic “Naming the Flowers” evokes Portrait of Jennie and The Door Into Summer, with its depiction of a love altered by the strange modalities of time. “Forever Yours, Anna” hews to the same themes as “Naming the Flowers” as it shows us how a graphologist manages to fall in love with a woman only through her handwriting, and then tracks her down the byways of time. The next two stories—”The Planners” and “The Downstairs Room”, both from 1968—embody that Sixties sense of rot at the heart of the Establishment. In the former, the topic is scientific research blended with the ambiance of Who’s Afraid of Virginia Woolf?, while the latter is a kind of postmodern update on “The Yellow Wallpaper”.

The heroine of “The Winter Beach”, Lyle Taney, has to unriddle the mystery of a contemporary fellow named Saul Werther and his strange biological researches, while contending with FBI manipulations. “The Mind of Medea” finds Wilhelm working in a rare franchised context as she adds some planetary exploration and xeno-mystery to the shared world project Medea: Harlan’s World. The Brunneresque “Where Have You Been, Billy Boy, Billy Boy?” gives us the slow-motion collapse of civilization. Employing an innovative multi-POV structure, “Yesterday’s Tomorrows” is a kind of rom-com road trip involving a May-December affair that falls afoul of the evil investigations of one Dr. Mandrill.

Utterly and sadly au courant, “Bloodletting” chronicles in intimate familial form the beginning stages of a world plague. A cryogenic experiment goes awry, with psychic fallout, in “The Bird Cage”. Exhibiting a kind of John D. MacDonald sun-dazed Florida vibe, “The Day of the Sharks” offers infidelity blended with low-key horror. The oldest story here, from 1962, “The Man Without A Planet”, is a simple yet brutally impactful recasting of the famous “The Man Without a Country”. Wilhelm’s skills at age thirty-four were already well-honed. “Music Makers” finds a journalist visiting the home of a famous dead musician and encountering magic that changes the course of his life. “With Thimbles, With Forks, and Hope” is an innocuous title for an edge-of-the-seat thriller involving the Nick-and-Nora team of Constance and Charlie as they deal with a woman who proves not only murderous but a mutant of sorts. And finally, “The Encounter” takes the basic situation of the famous film Bus Stop and turns it into a Twilight Zone psychodrama involving sin and multiple levels of reality and perception.

Here ends Volume One, and the reader, thanks to seeing a wide span of stories from across Wilhelm’s whole career, should have a fine idea of her lifetime merits and concerns. She is a peerless plotter, a keen painter of character, and a romantic with a sense of justice. She is expert with tropes from the biological sciences (and in fact should be accorded high status as a pioneer when speaking of biopunk SF). Her interest in matters of law and crime prefigure her move into detective fiction. And her prose is non-flamboyant but well-crafted and at times even poetic. Fond of multivalent or unresolved outcomes, she can also deliver solid, irrefutable climaxes.

To synopsize every story in Volume Two—all of which are equally worthy of your enjoyment, and all of which delve variously into the many eras of her career—is beyond the capacity of this column, so I will restrict myself, reluctantly, to just highlighting a few, especially if they show some different aspect of Wilhelm’s work.

Wilhelm’s 1973-vintage politically engaged sensibilities show up in “The Village”, which transposes Vietnam War atrocities to a US setting. Sturgeon must’ve guided Wilhelm’s pen in “Julian”, where the protagonist undergoes juvenile psycho-sexual damage that warps his whole life and dovetails with the discovery of aliens among us. Fully congruent with the 1950s stylings of PKD, “The Mile-Long Spaceship” from 1957 blends identity-slippage issues with cosmic forces. “Baby, You Were Great”, a riff on a futuristic entertainment medium that telepathically conveys emotions from performer to audience, might have flowed from the pen of Bug Jack Barron’s dad, Norman Spinrad.

The early story “No Light in the Window” brings a Judith-Merrill gaze to a husband and wife training for a spaceflight program. Nicely done, but not exceptional. However, I wanted to use its opening paragraphs as an example of the strength and tactility, emotions and allure of Wilhelm’s prose.

The dust started blowing before the chaplain finished and when Connie said, “I do,” she tasted the grit and knew her words had gone unheard. Hank’s hand squeezed hers a bit and the rest went by in a blur of swirling and and heat and wind-swept-away words heard only in her heart, not with her ears. They turned afterwards and looked up at the ship rising bluntly behind them, its snub nose obscured in the dust cloud that had pitted and torn and shot through and through Connie’s extravagant lace and satin gown.

Someone yelled, “Come on, kids, or we’ll be buried alive. Let’s get the party rolling.”

Hank and Connie stood hand in hand before the ship and slowly turned toward one another, searching in the obliterating sand and dust, the taste of sand on their mouths when they kissed. Then they too ran after the others toward the mess hall where the party was awaiting them.

Two post-apocalypse tales—”A Brother to Dragons, a Companion of Owls” and “The Scream”—eerily conjure up ruined landscapes where survivors struggle with bizarre new conditions. A prescient take on reality TV, “Ladies and Gentlemen, This Is Your Crisis” offers mordant satire. Wilhelm’s contribution to Again, Dangerous Visions, “The Funeral”, prefigures Margaret Atwood, yet with deeper symbolical strangeness. And the strong closer, “The Fullness of Time”, finds our writer heroine Mercy on the trail of the mystery embodied in an odd family that exhibits a queer hereditary wild talent.

Emerging fully sated, replenished and admiring from Volume 2, what more can we note? Wilhelm loved novellas and novelettes and was perhaps strongest at this length. She showed equal facility with both male and female characters. And she balanced her social commentary with rich stefnal speculations and sagas of individual growth and challenge.

But one last thing remains to be said. Wilhelm was sadly slighted by the field during the latter decades of her career. Checking out her entry in Locus’s own SF Awards Database, we see that she fell off the various awards ballots for the last twenty or twenty-five years, and of course never made Grand Master. What an injustice.

An injustice this magnificent set of books will hopefully redress. 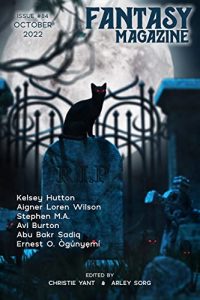 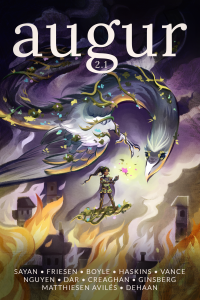