Simon Jimenez’s The Vanished Birds comes to us from Del Rey, with its long and distinguished SF/F history, but with a cover that pointedly eschews any suggestion of the space opera elements that are central to the novel’s action. The central character sees herself as something of a vagabond. Nia Imani is captain of a space freighter who spends much of her life in “pocket space,” which means that she ages far more slowly than those on the planetary colonies she visits, and feels at home on none of them. We first meet her in a remarkable opening chapter, virtually a stand-alone story, as seen from the point of view of a young man named Kaeda on a backwater planet, which is visited only once every 15 years by the “offworlders” to collect seed shipments. He’s only seven when he first meets Nia, who gives him a flute that will become one of the central organizing images of the novel, and then meets her again every 15 years until he’s 81, while she hardly seems to age at all. They become lovers for a while, but the most important event that links them is the mysterious arrival of a mute boy, who seems to be the only survivor of an apparent spaceship crash on Kaeda’s planet. After she and Kaeda meet for the last time, Nia takes the boy aboard her ship, giving him the flute that once belonged to Kaeda. This opening chapter, which recalls some of Le Guin’s later Hainish stories set on out-of-the-way planets, brilliantly establishes the rather melancholy tone of the entire novel.

Jimenez quickly and deftly introduces us to two other viewpoints: Nia herself, who adopts the boy and introduces him to the corporate-controlled culture of space stations and interstellar trade, and Fumiko Nakajima, a brilliant engineer who, a thousand years earlier, abandoned her life and her lover to spend years working for the Umbai corporation, designing an elaborate space habitat, which she names Pelican Station after her youthful fascination with a refuge for the few remaining birds on Earth. Now, having survived that thousand years largely through coldsleep, she meets Nia and the boy – whose name, we learn, is Ahro – during a millennial celebration at the station, which is something of a showpiece for Umbai, the rather ominous galactic colonialist monopoly (whose true capacity for brutality will become apparent later). Fumiko, now a legendary figure, makes a surprising and remunerative offer to Nia: take the boy to remote locations, outside of corporate space, and keep him there for years to determine if he might possess a unique and unusual skill that could change the entire nature of space travel (no spoiler as to what it is, but the skill borrows its name from a classic SF novel). While most of Nia’s crew opt out of the new mission, she gains a chronicler with the Potteresque name of Sartoris Mote, who, in keeping a journal to report back to Fumika, provides a good portion of the narration of the boy growing to maturity in exile – or, as it turns out, in hiding from the Umbai corporation, which has its own plans.

For the most part, Jimenez handles his more tra­ditional elements with the confidence of someone familiar with the genre, although there are a few awkward moments of exposition: when Nia and her crew arrive at Pelican Station, they (and we) actually have to sit through an orientation lecture; portable communications devices are somehow still called “handhelds,” and the whole business of folding space currents, pocket spaces, etc. is more poetry than extrapolation. It works fine as space opera shorthand, and it provides for a fair amount of spectacle – including a genuinely stirring mo­ment of revenge toward the end – in support of a novel that gains its emotional power from a rich cast of memorable characters; Nia coming to terms with her own alienation, Ahro growing into adolescence and finding his first love with a boy on a minor planet, the tragic figures of Fumika and Kaeda, even secondary characters like the hard-edged and truculent Nurse from Nia’s crew, who alone challenges her decisions. Eventually, Jimenez brings his narrative almost full circle, even returning us briefly to that planet where it all began, while leading toward an action-filled conclusion that energetically reclaims the novel’s space opera roots. It’s still early in the year, but so far this is the most impressive debut of 2020. 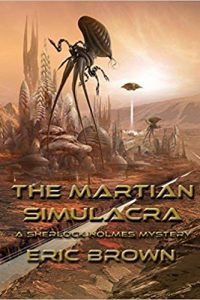 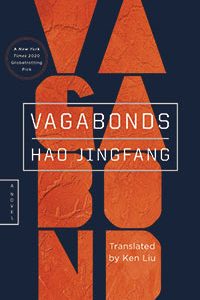 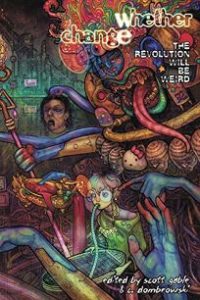