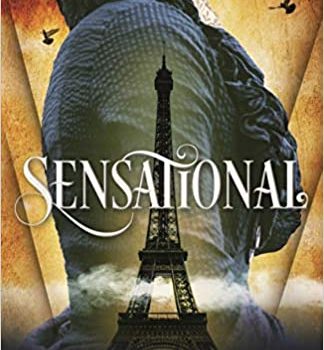 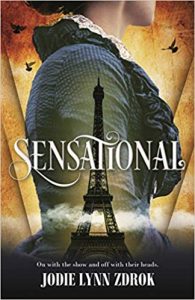 Jodie Lynn Zdrok concludes the adventures of late-19th-century teen reporter Nathalie Baudin with her second book, Sensational. As readers of the first book, Spectacle, will recall, Nathalie has a powerful ability to see the last moments of a murder (courtesy a bit of mad scientist intervention involving her parents before she was born). She has used the ability to assist the Paris police and solve crimes, but a new serial killer has arrived in the city and is using a guillotine(!) as his weapon of choice. The pressure to follow clues while coping with the memory loss that accompanies use of her “gift” becomes too much, however, and sends Nathalie into a tailspin resulting in a brief coma. More bodies are discovered, a family crisis unfolds, friends reveal devastating secrets, and Nathalie’s abil­ity becomes increasingly unpredictable. Sensational is equal parts mystery, thriller, slow-burn romance, and paranormal adventure as it surges to a climax on, of course, the Eiffel Tower. (You had to know that was coming.) Zdrok gets the job done here and will certainly make Nathalie’s fans very happy.

In both of the books, Paris itself has been a key character and, with the 1889 Exposition Universelle in full swing in Sensational, there are plenty of opportunities for the author to explore more of the city’s intriguing past. Nathalie and her friends visit the displays, soaking up the atmosphere and, of course, landing directly in the first murder. From there it is all about trying to catch up with the killer while dealing with a new member of the investigative team who brings yet another ability to the group and is, maybe, not someone to trust. Nathalie also has some less deadly concerns to deal with concerning her job, her friends, her severely mentally ill aunt and, ultimately, her boyfriend. Zdrok uses all of this drama to narrative advantage, while keeping the focus on the murders. Nathalie remains a sympathetic yet active protagonist, and her determination to not only stop the killer but be good at her job is believable and inspiring. Most appealing of all, she never stops trying and refuses to be distracted from her goals.

Spectacle and Sensational both work on multiple levels and will appeal strongly to fans of historical mysteries. The paranormal aspects remain relevant although Zdrok works hard to lessen their signifi­cance in Sensational, setting up Nathalie for a more realistic future. I’m unclear as to why that was the author’s goal, but it works with the plot and adds another dose of drama into what is already a quite intense title. (Guillotine murders, by definition, bring a lot of intensity on their own.) It’s a bit sad to say goodbye to Nathalie Baudin, teen morgue reporter, but she has a solid sendoff here and accomplished a lot of adventure in her two-book series. 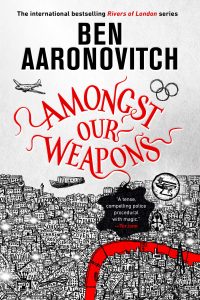 Adrienne Martini Reviews Amongst Our Weapons by Ben Aaronovitch 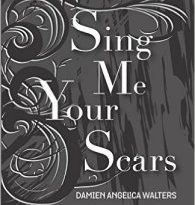