I woke up this morning to find several thousand unexpected dollars in my bank account, which isn’t a problem writers usually have. My literary agency gives me a heads’ up when they make a deposit, but didn’t with this one, so it’s entirely possible this was a mistaken deposit. I’m sitting here dying to allocate the money to various bills, but waiting for a confirmation that the money is mine.

The boom-or-bust cycle of the writing life is oft discussed, but preparing for it, emotionally, is difficult. I had to live it before I understood. One day you are charging a month’s worth of living expenses to a credit card and raiding the couch for loose change, and another day you’re staring at five figures in your account and overwhelmed by where it all has to go to get you caught up again.

I spent about ten months recently “unemployed” after getting laid off from my last day job. That was about as long as we could skate on writing income alone before the debts started to pile up again. While it gave me the time I needed to find a flexible day job that worked with my writing life, it was a stressful time, financially. The big­gest expense – to the tune of $1,200 a month or so – was health insurance and healthcare costs. Half the money I made monthly via my Patreon subscribers was gone every month just to pay the health and mortgage costs. In fact, the healthcare costs are more than my mortgage.

Other writing payments show up when they show up – sometimes weeks or months later than expected, or contracted. I was just reimbursed for mileage for an event I did two months ago. Trying to explain how writers get paid to anyone outside of the business is difficult, because as you’re saying all this out loud, it sound absolutely unsustainable and bizarre. My publishers all pay out royalty pay­ments at different times of year. I spent five years working through a legal issue with another publisher before I was paid a few thousand dollars they owed me. I signed a foreign rights contract that stipulated I would be paid “thirty days after signing this document” five months ago, and have yet to see any money from it. And these stories pale in comparison to some of the others I’ve heard over the years. Got a Hollywood option? You will be lucky if you have that money within the year.

What I’ve discovered about contracts is that they are only as enforceable as the amount of money you are willing to spend on a lawyer who will present them to a court – and then the court actually has to enforce them. The fear of litigation is more often than not what finally ensures we get paid. Which works right up until you’re going after a millionaire or billionaire who has a bunch of money they don’t mind flushing away. Anyone who has gone up against folks with money will tell you our system was created to serve them, at the expense of everyone else.

I’ve never been great at managing money, and that lack of skill paired with the uncertainty of payments means I’m always behind. I suspect managing money is easier when you have a lot to start with: a nice nest egg to draw from when times are lean and pay back when times are bountiful. But I didn’t start with that, so every month for ten months was a gamble.

I hear often from folks who are shocked that I continue to have a day job despite the hustle of my various writing income streams, but I’m the breadwinner of my household, and as noted: healthcare in America is ex­pensive. What I’ve come to learn is that most writers hustle constantly, or have partners with access to stable jobs and good health insurance (or live in countries with affordable care). The full-time writers I know make it through a combination of spousal support, freelancing, and writing multiple books a year. There are exceptions, but they are fewer than you’d think.

I always encourage new writers to keep a day job or freelancing job on top of the writing work for as long as possible, before health and/or sanity gives out. I’ve burned out a couple of times, going this route. And I got brutally sick within a month of picking up a day job again.

I’m getting too old for this shit. But I don’t want to give up writing. And I don’t want to live on credit cards until I break them and end up in abject pov­erty. Gotta get up. Gotta work. Gotta keep going. The writing life.

Folks ask often me how one maintains “bal­ance” when juggling so many income streams, but the hustle isn’t about balance. For many of us, the hustle is about survival. Survival not only for ourselves, but for the households we support. And while we struggle, the truth is that there are many who struggle a lot more. The uncertainty of the job market, the lack of employee protections and social safety nets, impacts us all. It’s not only writers and freelancers who are hit hard by gig and hustle culture. It’s everyone who doesn’t have a trust fund to fall back on.

There are studies showing that when we experi­ence something bad, we tend to blame it on the faults of others. But if something good happens to us, we attribute it to our own skills and abilities. Our attitudes toward health and wealth here in the U.S. absolutely reflect this. If you are sick, you did something wrong. If you are rich, you did something right. These beliefs about the morality of wealth and sickness still drive many of our policies, and fail to acknowledge that we have intrinsically tied these two things together. When wealth and health are tied, the hustle isn’t about having a cool car or paying for the latest iPhone. It’s about affording the medication that keeps you alive. It’s about being able to go to a doctor and get antibiotics when you’re sick.

Yet we made this world. It’s been created by people, and people can change it. It doesn’t have to be this way. In many places, it’s not.

So, yes, I hustle. No, it’s not good for my health. But it would be far worse for my health to not hustle. I continue to experience the extreme financial fluctuations of the writing life. I continue to get up early, to pay the bills, the pick up the meds, to clean up after the dogs, to write the next book. I continue because the alternative is not to.

While I wait on confirmation that the money in my account really is mine, I’m sitting here thinking of everything I could do with it, even though the reality is my tax bill this year is going to eat all of it, and several more deposits, too.

But the dreaming is nice, isn’t it? This idea that there is actually a surplus of money, of hope, of health, just sitting out there, somewhere, waiting for us to tap into it.

This article and more like it in the April 2020 issue of Locus. 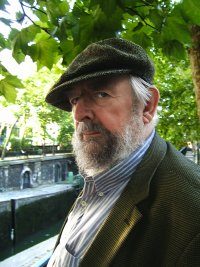 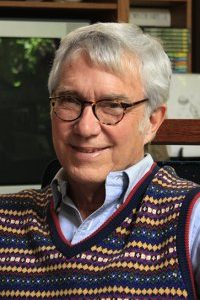 2 thoughts on “Kameron Hurley: The Tricky Finances of the Adjunct Writer”