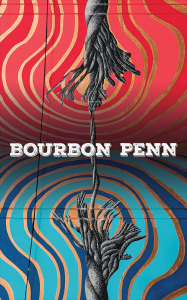 Michael Cassutt‘s rare short fiction is always welcome, and “Banshee”, from the first 2020 issue of F&SF, is a good example. Nik Salida is a NASA administrator. His latest project, Skin Walker, is an exotic shapeshift­ing spaceship, led by the brilliant and troublesome Togo Blaine. But the latest flight test has just failed, and Salida loses a power struggle with Blaine. Exiled to irrelevance, Salida deals instead with his personal issues – his troubled marriage and his wayward daughter. The latest issue is his daughter’s decision to become a “banshee”: to permanently change her form, in her case to a dinosaur-like creature. I confess I didn’t really buy the science behind either Skin Walker or the banshee process, but Cassutt uses those ideas, and Salida’s own believable personal traits, to maneuver to a conclusion that is both moving on a character level, and science-fictionally thrilling.

Rahul Kanakia‘s “The Leader Principle” could be seen as a companion in some ways to Cassutt’s story: both tell of a project to get into space, and feature a charismatic leader type and a quieter administrator type. Kanakia’s view is rather more cynical, though, and thus scarier. The POV character, Gobhind, is the normal assistant to the “leader,” Kevin Slack, who has enhanced children and a string of pretty mistresses and a way of getting people to give him money – in this case, money to go to Mars. Is this trip to Mars truly a new frontier, though? Hmmm….

“Interlude in Arcadia” by Corey Flinthoff is an effectively nasty look at a professor who is trying to break up with a graduate student with whom he has conducted an unwise affair. His specialty is Greek and Roman Mythology, though – and his erstwhile mistress is well versed in the subject – perhaps a little more effectively so than he is, as we learn when the story snaps shut.

I also liked “Three Gowns for Clara” by Auston Habershaw, a Cinderella variation told from the point of view of an old dressmaker dra­gooned into making gowns for the local Duke’s daughters, all while she knows very well the worth of the Prince all the women are angling after. Alex Irvine‘s “Chisel and Chime” is a fine fantasy about Melandra, a sculptor engaged to make a statue of the Imperator, and her young yokel of a guard. Both of them, in this world, are by tradition to be killed after the statue is unveiled. The guard’s backstory, however, offers an unusual hope. Nice work, with maybe a hint of an overly programmed ending.

Uncanny‘s November-December issue is domi­nated by a novella from Elizabeth Bear, “A Time to Reap“. Kat Whelan is a teenaged ac­tress, playing a 13-year-old girl who was one of the victims in a horrifying serial murder case in the 1970s. She’s hared off to explore the actual historical location of the murders, and suddenly something strange happens – and she’s back in time, just before the murders. She meets the character she’s playing and they become friends, and she meets the crazy Aunt who invented the time machine, and she realizes there are (not surprisingly!) some dark secrets to this family. So she starts to wonder: can she stop what’s about to happen? And if she does, will she have a future to return to? This is an enjoyable piece of work, with a well-portrayed 1970s setting and well-done characters. I liked it, but I couldn’t quite love it, I think because the murder mystery that’s at the story’s center is too pat, too simple, a twist or two short of my expectations. I suspect the reason may be that Bear wasn’t interested in writing a murder mystery, rather in portraying her characters in that 1970s setting, but I suspect this may be a case where the story is either too long or too short – for me, anyway.

Interzone‘s final 2019 issue is very consistent with their established flavor of fiction, but a bit disap­pointing overall. I thought the best story was “She and I and We” by Timothy Mudie, in which a poet goes back in time to meet her younger self. Why? At first it seems she simply wants to make sure her younger version doesn’t give up on her writing at a difficult time… but the story takes a darker (if eventually a bit predictable) turn.

I hadn’t seen an issue of the Canadian ‘zine Neo-Opsis in a while, so the latest issue was a welcome arrival. The fiction this time is wildly inconsistent, but I like the longest story, Hayden Trenholm‘s “Modigliani Paints the World“. We open with George deciding to instantiate in a real body after a long-time friend died permanently while inhab­iting a rabbit. So – these are uploaded people in the far future? Yes, but why they are uploaded and what they’re doing is a question. Answers come, as George in her new body encounters a small group of “haters” – natural humans, it seems. But even they are not entirely what they appear…. Solid work, with a slightly too easy conclusion.

The best piece in the latest Bourbon Penn is “The Lawman‘s Boy” by Setsu Uzumé. This is true horror, about Palla, a woman who has “gone straight,” turned from thieving to the law, and her incorrigible husband, whom she has just captured and must execute. The complication is their shared nature: when they die, if not killed properly, their consciousness will leap to their child. And Palla and her husband have a 16-year-old boy…. The story moves inexorably to a dark conclusion, with a perfect final twist.

As usual, Galaxy’s Edge features some rela­tively new writers. I liked “Point of Closest Approach” by a writer I haven’t read before, Anthony George. It’s told by an aging astronaut on a suicide mission to investigate an alien probe. Is the probe hostile? Or has it been sent hop­ing for peaceful interaction? The story mostly unspools the narrator’s situation, displaying his cynical character effectively, then suggests a plausible middle ground for this first encounter. Not a great story, but a promising introduction to this writer.