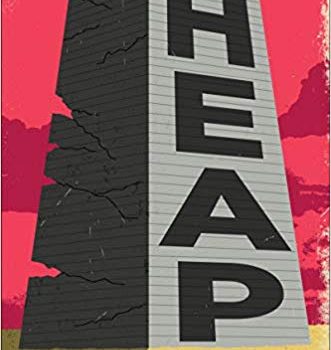 Sean Adams, The Heap (Morrow 1/20) Debut novel about the collapse of “Los Verticalés” – a socially stratified high-rise that once stood 500 stories tall – and the survivors who search for family among its rubble. A social commentary that’s as incisively satirical as the best of Thomas Pynchon and J.G. Ballard.

Mike Chen, A Beginning at the End (Mira 1/20) You don’t often come across post-apocalyptic tales full of such heart and emotion, but A Beginning at the End delivers just that. Like Chen’s previous Here and Now and Then, this family-oriented novel takes readers on another father-daughter journey, this time through ruined cities, hippie communes, and gang-ruled wastelands.

Nino Cipri, Finna (Tor.com Publishing 2/20) Two minimum-wage retail employees at a big-box furniture store must rescue a customer who has fallen through a wormhole during their shift. Thus begin the adventures of coworkers – and ex-lovers – Ava and Jules, as they travel across the multiverse, battling capitalism, carnivorous furniture, and their feelings for each other.

William Gibson, Agency (Berkley 1/20) After being repeatedly delayed while Gibson strove to keep up with (and surpass) real life’s political weirdness, Agency has finally arrived and sets its stage partly in an alternate timeline where Clinton won the 2016 election (though things are not much improved) and partly in a 22nd-century London familiar from The Peripheral. Familiar, but still filled with his trademark uncanniness as Gibson spells out the events of the slow apocalypse known as “the jackpot.”

Charlaine Harris, A Longer Fall (Saga 1/20) The second Weird West book featuring Lizbeth “Gunnie” Rose opens with our gunslinger heroine trying to deliver a mysterious crate that everyone seems to want to get their hands on. After teaming up with a “grigori” wizard from the Holy Russian Empire, her adventures result in a train robbery (and derailment!), magic battles, and a high body count.

Charlie N. Holmberg, The Will and the Wilds (47North 1/20) A beautiful fairytale romance about a woman named Enna whose soul gets entwined with the monster Maekallus after they share one kiss. There is sacrifice, suffering, and salvation in this story from the author of the Paper Magician series.

Kate Milford, The Thief Knot (Clarion 1/20) Teen detectives unravel a twisty kidnapping plot in this clever mystery book set in the fantastical city of Nagspeake. Though written as a standalone, there are many more Greenglass House books to enjoy after you’ve finished consuming this one. “This is a smart author who clearly respects her equally smart readers, and the result is thoroughly satisfying.” [Colleen Mondor]

Jess Nevins, Horror Fiction in the 20th Century (Praeger 1/20) An in-depth volume “Exploring Literature’s Most Chilling Genre” in comics, pulps, novels, and mainstream magazines, with several chapters on work outside the Anglosphere. Nevins covers the major horror authors of the century, but also those lesser-known, or who have been forgotten.

Ben Okri, The Freedom Artist (Akashic 2/20) Booker Prize winner Okri’s lyrical allegory combines fable, folklore, and mythology with moments of surreal horror to produce a rallying cry against the oppressive institutions that would seek to make knowledge illegal. “This here is the heart of The Freedom Artist: a deep appreciation of literature, storytelling, and flights of the imagination.” [Ian Mond] 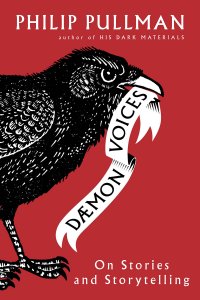 My friend Katherine Myronuk once told me, “All complex ecosystems have parasites.” She was talking about spam and malware (these days they’re often the same thing) and other undesirable critters on the net. It’s one of the smartest things anyone’s ever said to me about the net – and about the world. If there’s a niche, a parasite will fill it. There’s a reason the cells of the organisms that

Yes but what’s it for?