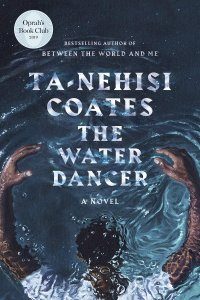 I missed Ta-Nehisi Coates’s first novel The Water Dancer when it appeared last fall to generally glowing reviews, and it didn’t seem to garner much attention from fantasy readers in general, despite a key fantastic trope being central to its plot. Read­ing it now, after reviewing Rivers Solomon’s The Deep, it seems apparent that Coates’s novel is part of a substantial tradition of drawing on fantasy or horror to illuminate aspects of American slavery – the ghost in Morrison’s Beloved, the magical Allmuseri and their mysterious god in Charles Johnson’s Middle Passage, the time-slippage in Butler’s Kindred, the main character’s visions of the future in James McBride’s Song Yet Sung, the alternate history of Ben H. Winters’s Underground Airlines, the literal underground railway in Colson Whitehead’s The Underground Railroad, etc. I suspect someone’s writing a dissertation on it right now, grumbling that just when the first draft is al­most done, here comes Coates with a major novel that’ll require a whole new chapter, because it can’t be ignored. And indeed it can’t be.

The Water Dancer is narrated by Hiram Walker, raised as a slave on a Virginia tobacco plantation even though his white father is the plantation owner. From an early age, he displays a preternaturally perfect memory, entertaining houseguests by re­citing back word-for-word elaborate stories that they’ve just told him – but, oddly, with no clear memory of his own mother. To add to the humili­ation of being a slave in his own father’s house, he is assigned to be the servant and caretaker of his dissolute younger brother Maynard. When the two of them are returning from one of Maynard’s nights on the town, their carriage falls into a river. Maynard is drowned but Hiram, after experiencing a strange blue light in which he sees the image of his mother dancing with a water jug balanced on her head, finds himself transported two miles away. Essentially, he’s discovered his real superpower, which he calls Conduction but which most readers will recognize as a kind of teleportation. As he eventually learns, long after using this power to make his way north to Philadelphia, there are a few specific rules governing Conduction: the presence of water, memory, and story. “The jump is done by the power of the story” he’s told. “It pulls from our particular histories, from all of our loves and all of our losses.” The woman who explains this to him, and becomes his tutor, is none other than Coates’s version of Harriet Tubman, who herself turns out to be a past master at Conduction. The decision to invoke a supernatural agency in service of Tub­man’s decidedly non-supernatural near-miracles would be a risky one, were The Water Dancer presenting itself as a straight historical novel, but Coates has an acute sense of what fantasy can do, and he integrates it seamlessly into a narrative that is has its share of brutality and horror, rendered with gritty, unflinching realism.

Conduction is actually a pretty cool term, given that agents of the Underground Railway were sometimes referred to as conductors, but for the most part Coates handles his magic with restraint. Some of the darker passages follow Hiram’s first effort to join the Underground, which ends in a cruel double-cross; he and other captured slaves are compelled to participate in a “Most Dangerous Game”-style hunt, only to be recaptured for sport. The most fearsome gang of slave-catchers, called Ryland’s Hounds, become Hiram’s nemesis even after he makes his way to the north and becomes involved in the Underground Railway, whose tactics and strategies are laid out with impressive preci­sion. (In a brief author’s note, Coates mentions that the history of one family’s escape is based on the detailed records of the real-life brothers William and Peter Still.) While Ryland and his hounds come across as fairly familiar villains recognizable from the long history of slave narratives, most of Coates’s other characters are brilliantly thought out. Even the father, whose tobacco plantation is dying out from having been so overplanted that the soil has dried up, eventually becomes an almost elegiac figure, aware of his own manifest evil but lacking the ingenuity or will to do anything about it. May­nard, the younger brother, may come across as a familiar goofball plantation brat, but Hiram’s lover Sophia, his surrogate mother Thena, the dedicated undercover Underground agent Corinne, the stolid strategist and rescuer Micah, and of course Harriet herself, are complex, thinking characters, capable of surprising us with plot twists that eventually snap together with the efficiency of a thriller. Add to this Coates’s elegant, balanced, and almost rhythmic prose, and it might be tempting to conclude that the novel doesn’t really need much magic. Once we realize that Conduction is a kind of outpicturing of the power of story and memory, it’s equally hard to imagine that the tale could be as powerful without it. The Water Dancer may not exactly be a fantasy novel in its lineaments, but it’s certainly a novel that knows what fantasy is good for. 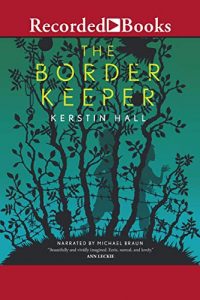