Winners of several awards given by the International Association for the Fantastic in the Arts (IAFA) have been announced.

“The Soviet Anthropocene: Desiccation, Desertification, and Environmental Horror in Dmitri Svetozarov’s Dogs” by Brittany Roberts won the Walter James Miller Memorial Award, given to the “best ICFA student paper devoted to a work or works of the fantastic originally created in a language other than English.”

“White Hope” by Julia A. Thompson won the Imagining Indigenous Futurisms Award which “recognizes emerging authors who use science fiction to address issues of Indigenous sovereignty and self-determination.”

“Magic(s) of the Anthropocene: Enchantment vs. Terroir in Jeff VanderMeer’s Southern Reach”, by Filip Boratyn won the David G. Hartwell Emerging Scholar Award, which gives a $250 stipend “to the graduate student submitting the most outstanding paper.”

Winners of the Lord Ruthven Awards include Postmodern Vampires: Film, Fiction and Popular Culture by Sorcha Ní Fhlainn (Palgrave Macmillan) in the Vampire Non-Fiction category; The Demeter Diaries by Marge Simon & Bryan D. Dietrich (Independent Legions) in the Fiction category; and What We Do in the Shadows in the Media category.

As previously reported, Gideon the Ninth by Tamsyn Muir (Tor.com Publishing) won the 2020 Crawford Award for a first book of fantasy fiction. “Imitation Game” by Rona Wang is the winner of the 2020 Dell Magazines Award for Undergraduate Excellence in Science Fiction and Fantasy Writing. “Maribas et la sorcellerie masculine” [Maribas and Male Witchcraft] by Valentina Gosetti & Eliza Kent (Revue Bertrand 9/19) won the 2020 Jamie Bishop Memorial Award “for a critical essay on the fantastic written in a language other than English.” 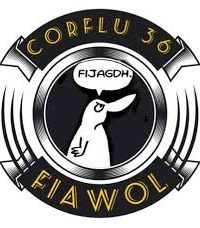