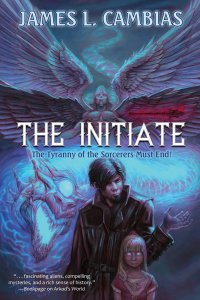 Producing four superior novels in six years, starting with A Darkling Sea in 2014 and extending to the current one in 2020, James Cambias seems to have hit his stride, but not his peak. We can only anticipate many more fine books to follow.

Indicative of his desire always to be expanding his range, Cambias’s newest is his first fantasy, and it’s a winner. Set in the present, it embodies one of the most potent tropes in the armamentarium of fantastika: the Secret Masters. This motif posits a hidden cabal of power-endowed rulers pulling the strings of normal humanity from behind the scenes. The rationale can be science fictional, as in James Blish’s psi-based Jack of Eagles. Or purely occult, as in Lev Grossman’s The Magicians. Or even a blend of the two, as in Zelazny’s Amber series, or Max Barry’s Lexicon. Cambias follows the occult track.

We start some time after the precipitating event which propels our hero, Sam Arquero, down a strange new path. Sam’s wife and son were killed for no apparent reason by a supernatural creature. The seemingly blind and obtuse authorities, however, have deemed the assailant to be a wild bear. Sam has given up trying to convince them of the unnatural reality, for fear of being labeled insane. But as the book opens he receives a call from a mysterious stranger named Lucas, who agrees with Sam on the nature of the assault.

In person, Lucas explains that for millennia the world has been secretly dominated by an elite group of magic users called the Apkallu. Lucas himself is one such. One of Lucas’s peers—exactly who, he knows not—sent the killer for esoteric reasons. Now, Lucas offers Sam revenge, if he in turn helps Lucas. Lucas claims to be a renegade Apkal intent on reining in, if not demolishing, the secret cabal. He senses that Sam’s survival means he has magical aptitudes. All Sam has to do is join the Apkallu as a novice, earn some trust, and then he and Lucas can begin their campaign of sabotage.

Sam reluctantly consents. He adopts a new identity, relocates to Manhattan, and insinuates his way into the elite. Then commences his education into the secret reality. The city abounds with spirits, demons, fiery salamanders, and a bevy of other uncanny creatures. There’s another dimension called the Otherworld, and a secret Goblin Market. But his fellow mages are the eeriest and creepiest. An immortal woman named Elizabeth, who bathes in human blood. A naked derelict named White who lives with zombies. Most unnerving of all is a young, amoral girl named Isabella who has jumped the tracks of traditional magic and acquired many dangerous powers. Luckily, she seems to like Sam.

Before long, Sam finds himself acting not only a spy for Lucas, but as his assassin. Reluctantly, he learns to kill, justifying his deeds by the evilness of his powerful victims. Then a guy named Moreno, the fellow among the Apkallu who serves as a kind of cop, takes on Sam as his assistant. Now Sam becomes something of a triple agent, and his life is further complicated by falling in love with an old non-magical girlfriend.

The question becomes just what lies on the far shore of this sea of magically spilled blood: justice, revenge, reform, betrayal, failure, or a blend of all of the above?

Cambias has a grand time working in the Tim Powers mode, which blends sharply observed naturalism with off-the-wall fantastical elements. In other words, he’ll give you a deftly described portrait of a Manhattan restaurant, then infuse it with weird creatures. And the system of magic he limns is a colorful and suitably esoteric amalgam from many global traditions. At times, he exhibits the kind of flair and panache that De Camp & Pratt used to deploy in their fantasies for Unknown magazine.

But there’s a difference. Cambias is decidedly grimmer. Sam does horrible things to get revenge, and we witness him becoming steadily more brutal and heedless. In the end, he has to admit he is now “the monster who fought other monsters.” A sad and lonely, but somehow noble fate.

I think the secret template for Cambias here is not any fantasy novel, but rather the Parker books by Westlake. Specifically the first one, The Hunter (note a slight resonance between the titles), wherein Parker seeks to systematically demolish “the Outfit” which has cheated him. Like Parker, Sam manifests as a self-centered avenging angel with few scruples.

This is not to say the book is exclusively “grimdark.” Far from it. Cambias maintains a sense of black humor and even whimsy that alleviates the carnage, often through some droll dialogue in bizarre situations. For instance:

A throng of grotesque little men crowded around the two of them, waving big glossy-looking fruit and enormous pastries dripping with frosting. Isabella waved them away. “Don’t eat anything,” she told Sam.

“Well, of course not,” he said, a little annoyed at the fact she even thought he needed to be told.

This market wasn’t like a store, or even a street bazaar. None of the vendors had stalls; in fact Sam couldn’t see any way to tell vendors from customers. It was more like the trading floor at the stock exchange back before computers: The crowd churned in Brownian motion and people simply made deals face to face.

Sam shook his head and the gray man turned away to offer the gems to a woman with a fox’s face.

How much of this was real? Sam wondered. If his drone camera was watching them in night-vision mode, what would it see? Just the two of them blundering around the woods in the dark?

Another…man?…with the flat expressionless head of a python flicked his tongue at Sam and held up a pair of books sealed in plastic bags. “Daemoniality, by Father Sinistrari—unexpurgated and illustrated,” he said with a hiss. “Or the lost edition of the Mutus Liber with Saint-Germain’s commentary?”

“Not today, thanks,” Sam mumbled.

Add in many show-stopper scenes—such as the fight in Chapter 11 between a turquoise giant and a huge golden scarab beetle—and there’s never a dull or predictable moment in the book. Suspense about Sam being caught out or failing in his magical conjurations also adds to the stew.

Anyone who enjoyed Richard Kadrey’s The Everything Box and its sequel The Wrong Dead Guy will surely want to join Cambias’s one-man contramagical revolution. 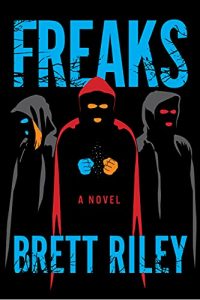 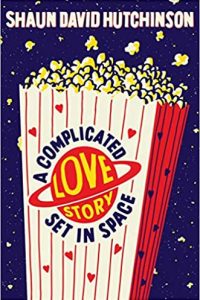 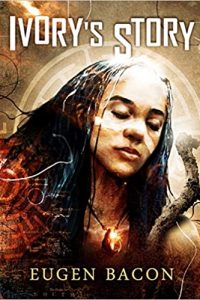