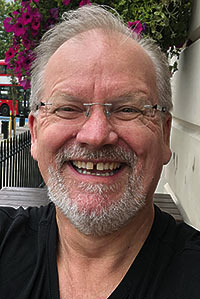 I would like nothing more than to be able to wrap the messy, tumultuous, vital, strange year in science fiction that was 2019 into a simple package that is easy to comprehend and digest for Locus readers. Instead, as rain falls on my patio roof here on the west coast of Australia while my fellow citizens are being emergency-evacuated from fire zones on the far side of the country in this unprecedented fire season, I find myself struggling. Can science fiction possibly matter in these times (the answer, for this reader, is yes), and if it does, how do you reconcile the smart spiky vision of Tim Maughan with the dark, violent revolutionary fantasy of Joe Abercrombie, or the sharp timeliness of Annalee Newitz’s time opera with Guy Gavriel Kay’s sweeping historical fantasy? I don’t know. I’m not sure I can even try. But hope­fully, by the end of this, readers will at least have a list of books to read when night falls.

Looking back on 2019, the best and most timely book I read was a short novel by Bangladeshi writer, Saad Z. Hossain, The Gurkha and the Lord of Tuesday. Superficially a buddy tale about a millen­nia-old djinn and a cheerfully blood-thirsty ageing Gurkha soldier, it’s actually about climate change, social credit, and how clearly we have thought about living in the future that we find ourselves facing. Crunchy and essential (and yes, I edited this one). Almost as good, and part of a good year in debut novels, was Tim Maughan’s Infinite Detail, which is chilling and powerful and talks about fake news, the loss of privacy, the impact of the internet, and just being in the modern world. It’s the one SF novel this year that you have to read, period. I also fell deeply, irrevocably in love with Alix E. Harrow’s portal fantasy, The Ten Thousand Doors of January, which tells of a curious girl named January who lives in a mansion, opens a book, and steps into another world. Reading it felt like an act of grace when I stumbled across it mid-year. It remains a joy.

The hottest, coolest, most “it” book of 2019 was Tamsyn Muir’s debut, Gideon the Ninth. All the cool kids were falling in love with this goth-drenched science-fantasy tale of lesbian necromancers in space, it seemed, and even I struggled to resist its charms. I confess that, while I wanted more of the mayhem promised on the cover than the book actu­ally delivers, I still happily recommend it. And then there was Guy Gavriel Kay’s beautiful, elegiac epic, set in his lovingly re-imagined Europe, A Brightness Long Ago. Kay is not a “loud” writer. He doesn’t crank the volume to 11 and then stride out to hit things with swords. Instead, he thoughtfully and sensitively tells of the human moments in history, in life. This is one of his finest and it went straight from my “read” pile back onto my “to re-read” pile because we all need a balm against the difficult days ahead. 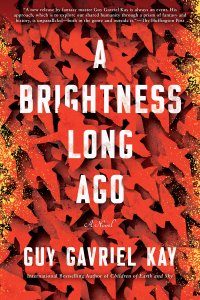 The book of 2019 I loved the most that no-one else seemed to be raving about (even though they should have been) was Michael Swanwick’s superb, masterly The Iron Dragon’s Mother. Ostensibly the third in a trilogy, in truth it’s a standalone tale of a post-industrial fantasy which I loved very much and recommend. It’s a spiritual cousin, in some ways, to one of my other favorite books of the year – Joe Abercrom­bie’s A Little Hatred – which took his First Law universe and smashed it face-on into a coming industrial revolution. The scenes of Savine fleeing mob violence are some of the most affecting I read in the genre all year. My other favorite fantasy of the year was Garth Nix’s Angel Mage, a fantasy Three Musketeers with angels and stuff. That is, of course, a terrible reductio ad absurdum description of a hugely entertaining book with swashbuckling, swords, and adventure. Nix has gone from strength-to-strength over the past five years with Clariel, Goldenhand, and now Angel Mage. I can’t wait to read the forthcoming The Left-Handed Booksellers of London, either!

If Tim Maughan’s Infinite Detail was the science fiction novel of the year, it was not the only major SF novel published in 2019. Elizabeth Bear, who had the best publishing year of any writer in science fiction and fantasy in 2019, was magisterial in her engross­ing, entertaining, space opera series kick-off, Ances­tral Night. If you love space adventure, this was the book you wanted. This was in a year when Alastair Reynolds (Shadow Captain), debutant Arkady Martine (A Memory Called Empire), and Max Gladstone (Empress of Forever) all delivered wonderful space operas that showed just how vital the form continues to be. Annalee Newitz’s fine The Future of Another Timeline is a thoughtful and engag­ing sophomore effort of love, time travel, and such. Recommended and proof that Newitz is establishing themself as one of our very finest SF writers. With Perihelion Summer, Greg Egan published the most accessible, engag­ing novel of his career. More than anything, this tale of survival in a time of climate change was a testament to the idea that people could react to extreme challenges with decency and reason, rather than a descent into barbarism. I also loved P. Djèlí Clark’s The Haunting of Tram Car 015, Alastair Reynolds’s Permafrost, and Ian McDonald’s The Menace from Farside, though I note I edited the latter two of these. All from Tor.com, they highlight the incredible year Tor.com had publishing novellas.

I spent a lot of my time this past year reading short fiction, as I have for the past 15 years or so, and as always it was rewarding and encouraging.

I fell in love with the writing of Sofia Rhei. Her collection Everything is Made of Letters was my favorite short story collection of the year, and I ex­hort you to seek it out. Ted Chiang’s second collec­tion, Exhalation, was almost predictably excellent, if not quite as good as Stories of Your Life. Two new stories stood out strongly against some minor pieces, though the title story and “The Merchant and the Alchemist’s Gate” are classics of the genre that are worth the price of admission by themselves. Cory Doc­torow delivered his most impressive short story collection to date, Radical­ized, which featured two of the best novellas of the year and was angry, en­gaged, and timely. I make no comment on The Best of R.A. Lafferty, which I compiled for Gollancz, other than to point out that it’s delightful, weird, and definitely not assigned reading. And then there is the book I’ve been wait­ing and agitating more than a decade for, The Best of Greg Egan. Even though I could spend endless afternoons arguing over what should or should not be in this book, and was sure it should have a different title, it’s, put simply, one of the most important science fiction books of the past 30 years, the best science fiction book to come out of my home country, and so fundamentally essential that I cannot imagine anyone who loves science fic­tion not owning a copy.

While I’m not attempting to reduce the year to trends, even I couldn’t miss the fact that this was the best year for translated fiction in memory, and certainly the best year for anthologies of translated fiction. Ken Liu’s Broken Stars: Contemporary Chinese Science Fiction in Translation was a wor­thy follow-on to his earlier Invisible Planets, pre­senting some of the most outstanding recent Chinese SF, including outstanding work from Cixin Liu, Han Song, and others. Also impressive was Sunyoung Park & Sang Joon Park’s Readymade Bodhisattva: The Kaya Anthology of South Korean Science Fiction, the first anthology of Korean SF that I’ve seen. Possibly the best book in this space was Tarun K. Saint’s fine The Gollancz Book of South Asian Science Fiction, which collected some of the finest SF from India, Pakistan, and the region. Also from India, Sukanya Venkatraghavan’s Magical Women, collected SF by Indian women and was outstanding and important. All of these belong on your bookshelf.

Basma Ghalayini’s thoughtful, sensitive, and mov­ing Palestine + 100: Stories from a Century After the Nakba is the first anthology of contemporary SF from Palestine, and focuses on stories about 100 years after the events of 1948. It is everything an anthology should be, and stands as one of the books of the year.

There were, if you will, the usual suspects: original anthologies of science fiction and fantasy from the US and the UK. I note without further comment my own book, Mission Critical, which came out and contained hard science fiction stories. Possibly the best SF anthology of the year was Victor LaValle & John Joseph Adams’s powerful and provocative A People’s Future of the United States, though I was very impressed with Dominik Parisien’s & Navah Wolfe third anthology, The Mythic Dream and Nisi Shawl’s New Suns: Original Speculative Fiction by People of Color, all of which would repay your attention. Ann VanderMeer’s outstanding Current Futures: A Sci-Fi Ocean Anthology, is a selection of stories about climate change and the future of our oceans, all by some of the best writers working today, that risks being overlooked as an anthology because it’s hidden on the XPRIZE’s website, but it is as indispensable as anything on this list. 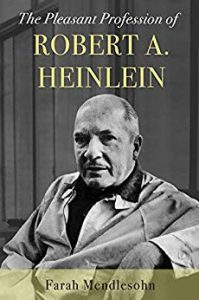 I don’t read much non-fiction about the science fiction field. I don’t have a taste for academic prose and most don’t appeal. That said, four books did grab my attention and are recommended. I am more than a little tired of talking about Robert A. Heinlein and didn’t think there was much more to be said on the subject, but Farah Mendlesohn’s The Pleasant Profession of Robert A. Hein­lein held my attention throughout as the author found new things to say about this greatest of SF writers. Gwyneth Jones’s provocative and engaging book, Joanna Russ, stands as one of the few overviews of this critically important writer and really does belong on your bookshelf. It also stands as a call for more of her work to return to print. Joanna Russ and Mendlesohn’s book on Heinlein are my front runners for the Hugo, though John Crowley’s Reading Backwards: Essays and Reviews, 2005-2018 and Peter Watts’s wonderful and argumenta­tive Peter Watts Is An Angry Sentient Tumor: Revenge Fantasies and Essays are also outstanding.

And that’s it. Some books to read, some books to love, some books to argue over. I’m sure I’ve left some off and that I could have recommended others, but this is a list to start with when you look back on 2019. For me, the world is burning, it’s 2020 already and it’s time to move on. See you back here – same time, same place – next February. 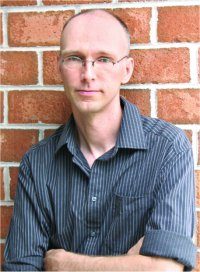 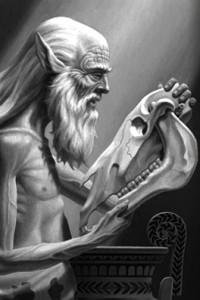