Author and legendary Rush drummer and lyricist, Neil Peart, 67, died on January 7, 2020, after a long struggle with brain cancer.

Neil Ellwood Peart was born September 15, 1952 in Hamilton, Ontario and joined the band Rush in 1974. Peart played with lead singer and bassist Geddy Lee and guitarist Alex Lifeson for 45 years to sell-out audiences in the largest venues until the band’s retirement in 2015. Rush was inducted into the Rock and Roll Hall of Fame in 2013. Peart received the Order of Canada medal as well as the Governor General’s Award, the country’s two highest awards.

With his grand, imaginative lyrics Peart helped usher in an entirely new genre of Progressive Rock music inspired by science fiction and fantasy. He wrote immense and lengthy musical epics such as dystopian science fiction “2112”, sweeping fantasy such as “Xanadu” and “The Necromancer”, and hard science fiction such as “Cygnus X-1” and “Hemispheres.” The last Rush album Clockwork Angels (2012) is a steampunk fantasy adventure with airships, alchemy, pirates, and lost cities. Peart worked with Kevin J. Anderson on the novel version of Clockwork Angels, which was a New York Times bestseller and Scribe Award winner, and follow-up novel Clockwork Lives (winner of the Colorado Book Award). Anderson and Peart adapted both works into graphic novels. Peart also wrote six non-fiction books, travelogues, and memoirs, most notably Ghost Rider, which deals with the tragic loss of his teenage daughter and first wife in rapid succession in 1997-98.

He is survived by his second wife Carrie Nuttall and 10-year-old daughter Olivia. 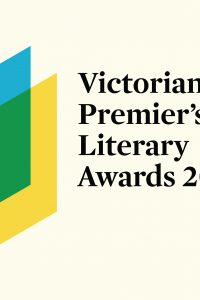