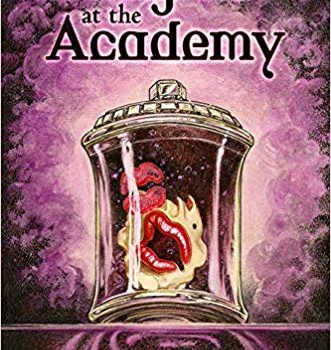 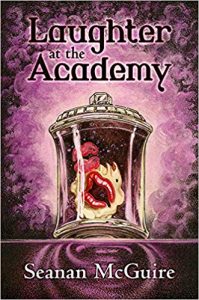 McGuire’s introduction calls this her first single-author short story collection, which isn’t exactly true, but it is her first collection of non-series stories, 22 of them, all originally published from 2009-2017. The bulk of them are dark tales; she has a tendency to pick one creepy idea and then push it to extremes. Many of the story introductions include trigger warnings, ranging from unapologetic to outright boasting. Most symptomatic, perhaps, is “The Tolling of Pav­lov’s Bells” which “Contains a remarkably high death toll, even for me, and detailed discussion of disease progression.” The story, about a mad doctor determined to teach the world a lesson about not taking the risk of plagues seriously, is truly scary yet amusingly over-the-top – ger­mophobes and hypochondriacs beware. The title story also plays with mad science, though with a twist. McGuire likes twisting things like tropes, urban legends, and familiar stories; two look at the legend of Peter Pan, while one of my favorite stories, “Emeralds to Emeralds”, mixes elements of film noir and Oz, with Dorothy a bitter witch investigating a murder in an Oz where the arrival of too many visitors from Earth has caused the natives of Oz to turn against them. “We Are All Misfit Toys” is a near-future horror story of what happens when AI toys become too attached to their children. Plague and mad science, AI, ge­netic engineering, ghosts, Lovecraftian beings…there’s a lot of variety here, and not a little humor, but the dark thread is what sticks with you. There are so many ways to envision the end; even a fish story, “Threnody for Little Girl, With Tuna, At the End of the World“, that had me tearing up. Just a little. 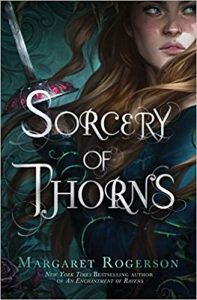 Libraries and books come alive in this young-adult fantasy about an orphan raised to protect books of spells from the demon-wielding sorcerers who would misuse them. Elisabeth Scrivener, an apprentice li­brarian in the Great Library of Summershall, dreams of becoming one of the magic-fighting wardens, but things start going wrong. The library’s Director is killed, and a grimoire gets loose and turns into an evil Malefict and has to be destroyed. Elisabeth, who managed to stop the Malefict, is accused of the crime, and carted off to the capital by the powerful sorcerer Nathaniel Thorn – who, it turns out, is only 18, and not pure evil as Elisabeth had been raised to expect. Even his demon, Silas, turns out to be less terrifying than punctilious, at least most of the time. Someone is out to stop Elisabeth from telling the truth, and she ends up fighting for her life, facing a high society she doesn’t understand, escaping an appalling hos­pital for disturbed females, and ultimately works to save the world from a sorcerer backed by an ancient conspiracy. With Nathaniel’s help, she ultimately succeeds, but at a cost. The fantastic battles and magical encounters are nearly non-stop, leavened by Elisabeth and Nathaniel’s rocky relationship, which is beset by all sorts of absurd misconceptions that both have to get past if they are to work together. The humor and touches of romance make a charm­ing counterpoint to the grim magics they face. Add books that want to join in the fighting and libraries that can choose whom to help, statues that come alive, and otherworldly encounters, and it’s a wonderfully dramatic and colorfully weird fantasy with a special appeal for book lovers. 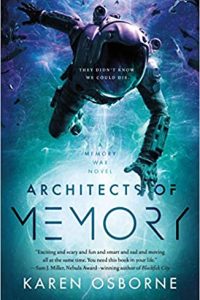