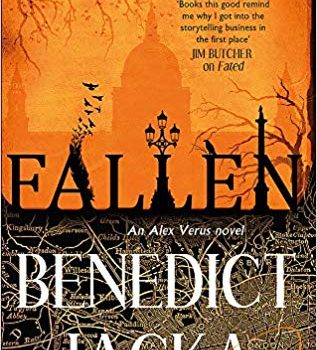 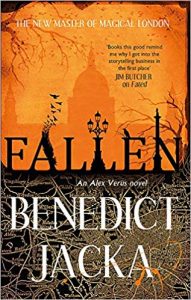 Alex Verus’s life takes a big turn for the worse in this tenth installment in the urban fantasy series. That’s not a huge surprise – this series has had a lot of ups and downs. This time, though, things get pretty desperate. Alex gets caught covering up for his girlfriend Anne, who let her dark self out and some really bad things happened. All of a sudden Alex is a wanted man, pursued by the full power of the mages’ Council; his old friend and ally Arachne disappears; and Anne ends up in the power of Alex’s old master, the Dark Mage Richard Drakh. Alex will do almost anything to get Anne away from Drakh – even if it means turning to the Dark he rejected years before. Things get very dark, and a bit weird, to a point where it feels like things can never go back to the way they were. Past events come into play in unexpected ways, and it’s a little hard to keep track of what’s happening as the tension builds. It all plays out neatly in the end, but nothing is really over, and the future looks grim. In many ways I preferred the lighter, simpler conflicts of the earliest volumes. It’s still exciting to watching Alex outsmart foes who underestimate his ability to see and manipulate possible futures, but right now none of the possible futures look very bright. Maybe I’m underestimating Jacka; I’m still looking forward to seeing if and how he pulls a turnaround out of his sleeve the next time around. 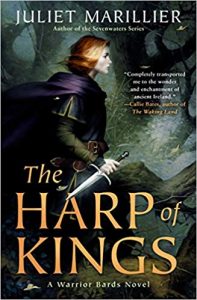 Sibling bards determined to become warriors end up on a special mission to recover a magic harp in this Celtic fantasy novel, the first in the War­rior Bards series, a next-generation sequel to the Blackthorn & Grim series. Liobhan sings and plays the whistle, while her brother Brocc is a harpist with the voice of an angel, skills that turn out to be useful when the warrior group they’re training with needs to infiltrate a court where the legendary harp used at coronations has gone missing. Dealing with princes turns out to be the least of their problems, though, when druids and otherworldly influences are revealed to be involved. The trainees – includ­ing Liobhan’s biggest rival – have a tricky time staying in their assigned roles, and staying out of problems at court, but ultimately it’s Liobhan and Brocc’s knowledge of old stories and their mother’s wisewoman skills that save the day in a tale that draws on some haunting fairy tale elements while telling an exciting adventure all its own.