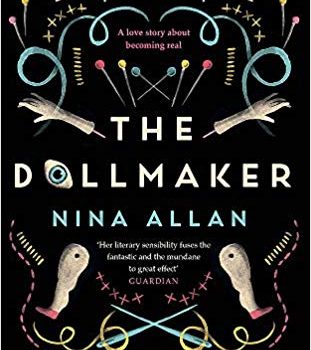 Nina Allan, The Dollmaker (Other 10/19) Allan’s Gothic and experimental novel concerns a man who falls in love with an institutionalized woman he knows only through her letters and contains multiple nested short stories by a (fictional) writer and dollmaker named Ewa Chapman, which tend more overtly toward fantasy, horror, and even dystopian SF – “disturbing non-fairy tales that occupy a territory somewhere between Angela Carter and the more mordant side of Daphne du Mau­rier.” [Gary K. Wolfe]

Julia Armfield, Salt Slow (Flatiron 10/19) This ambi­tious debut collection includes nine literary stories focusing on the experiences of women in contemporary fantasy, with a mix of SF, fantasy, horror, and mythic elements. “Her distinctive, elegant prose articulates the anxieties of living in a mostly heteronormative society… a strong debut, only reinforcing that we are in a golden age of female-led and female-centric collections with a genre flavour.” [Ian Mond]

Leigh Bardugo, Ninth House (Flatiron 10/19) Bar­dugo’s first adult novel is a twisty contemporary fantasy thriller set at Yale (Bardugo’s alma mater). It reimagines the university’s infamous secret societies (Skull and Bones, et al.) as magical organizations devoted to keep­ing their alumnae rich and powerful via mystic rituals. Poor, troubled, and tragic Alex Stern, who has a natural ability to see ghosts, gets a scholarship to Yale so she can work for Lethe, the “ninth house,” charged with polic­ing the societies and making sure they don’t endanger civilians. “Bardugo’s storytelling is full of life and crackles with energy. It’s one that you’ll read in great gulps but never want to see end.” [Adrienne Martini]

Aliette de Bodard, Of Wars, and Memories, and Starlight (Subterranean 9/19) This first collection from de Bodard offers 14 stories, including a new novella set in de Bodard’s dark alternate Paris of the Dominion of the Fallen. Many stories take place in the fascinating far-future, Asian-inspired alternate universe of Xuya. Story notes discuss the origins of each.

Lisa Goldstein, Ivory Apples (Tachyon 10/19) Ivy and her sisters try to protect their great-aunt, a famously reclusive fantasy author, from an obsessive fan who has gotten too close, but then Ivy stumbles onto a magical secret of her own. Add numerous allusions to classic fantasy, and this “is a haunting story of what a classic fantasy work can do for and to its readers and its creator… a pretty wonderful, clear-eyed, and unsentimental fantasy novel entirely on its own terms.” [Gary K. Wolfe]

Peter F. Hamilton, Salvation Lost (Del Rey 10/19) No one does ambitious widescreen space opera like Hamilton, and his latest effort (sequel to 2018’s Salva­tion) is another bravura performance. Like the earlier volume, this one is split between two timelines: a near-future technological utopia where humanity flourishes thanks to the help of friendly aliens… and a far-future hellscape where humankind is shattered and those same aliens are decidedly hostile – this volume includes lots of big reveals about how we went from one future to the other. “So long as there are writers like Hamilton who can blend the core and eternal human bits with the ultrahuman visionary stuff, science fiction will flourish.” [Paul di Filippo]

Joe Hill, Full Throttle (Morrow 10/19) The latest col­lection by the modern master of horror and suspense includes 13 stories (two original), featuring a pair of collaborations between Hill and that other master of hor­ror, his father, Stephen King. It also includes intriguing story notes, an extra flash story hidden in the author bio, and a fascinating and funny introduction about growing up with writers Stephen & Tabitha King for parents, and Hill’s winding path to becoming a successful writer.

T. Kingfisher, The Twisted Ones (Saga Press 10/19) Kingfisher (a pen name for Ursula Vernon) brings her trademark wit to this horror novel, a terrifying tale of a woman cleaning out her dead grandmother’s house, a hoarder’s den of strange trash including a journal filled with impossible tales of terrible things she then has to face herself.

Garth Nix, Angel Mage (Tegen Books 10/19) The latest young-adult fantasy novel from the ever-inventive Nix takes a good deal of inspiration by Dumas’s The Three Musketeers in a swashbuckling tale of a young mage with great power over angels, determined to join with her angelic lover at any cost – and four young people caught in her web. Published in Australia by Allen & Unwin and in the UK by Gollancz.

Philip Pullman, The Book of Dust, Volume Two: The Secret Commonwealth (Knopf 10/19) Lyra’s adven­tures continue as she looks for the truth about Dust in this young-adult fantasy novel, the second in the Book of Dust series, a follow-up to the highly acclaimed His Dark Materials series. Published in the UK by Penguin UK & David Fickling.

Rivers Solomon, The Deep (Saga 10/19) This novella by Solomon (interviewed elsewhere in the issue) has a complicated pedigree; it’s inspired by the Hugo Award-nominated title song by the experimental rap group clipping. (Daveed Diggs, William Hutson & Jonathan Snipes, all listed as co-authors), for an NPR series on Afrofuturism. It’s about an aquatic society descended from pregnant African slaves tossed overboard during the Middle Passage, and about Yetu, a sort of historian who holds the traumatic memories of her people, and her first encounter with land-dwelling people. “The Deep raises provocative questions about the weight of history, the nature of utopia, and the complex role of memory as both a blessing and a curse.” [Gary K. Wolfe] 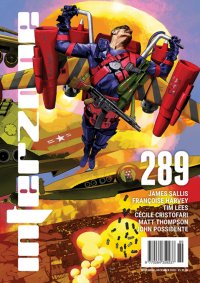 How do you organize your bookshelves? To Be Read piles? Are they alphabetized? If you’re like me and can only dream of having organized bookshelves at the moment, how would you organize them if you had the time? How about magazines? Stacie Hanes They’re grouped by subject. I wish I had the time and space for full LOC organization. I don’t have the space to hang on to magazines. Elizabeth