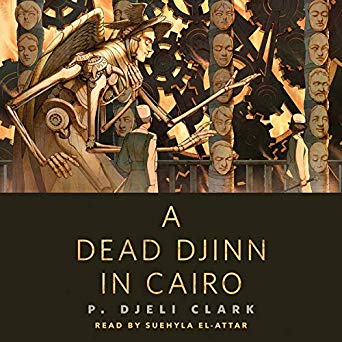 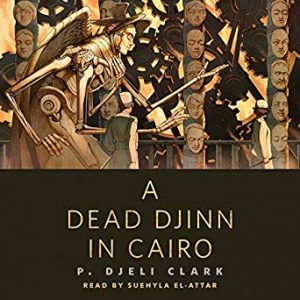 I first encountered P. Djèlí Clark via his Twitter feed; he has the most awesome Twitter handle, Disgruntled Haradrim. Then I heard him read from “A Dead Djinn in Cairo”, and I fell in love with his fiction.

“A Dead Djinn in Cairo” is set in an alternate early-20th-century Egypt, in which a Sudanese mystic broke through the barrier between our world and that of the djinn a few decades ago. The resulting influx of magic into the world, and into the Middle East in particular, has made Egypt a world power. Of course, such power also leads to dangerous abuses, which is why the Egyptian Min­istry of Alchemy, Enchantments, and Supernatural Entities exists to regulate it. When an enormous blue djinn is discovered drained of blood and encircled by strange sigils, Ministry investigator Fatma el-Sha’arawi, a strong-minded woman who dresses in beautifully tailored European men’s suits, is on the case, following a twisted path that leads all the way to the apocalypse. Suehyla El-Attar’s narration has the vocal quality of slightly roughened silk, a gorgeously textured pleasure for the ear. She does mispronounce a couple of English words (lapis lazuli and automaton), but all of the Arabic sounds great, obviously.

In the follow-up story, The Haunting of Tram 015, seasoned Ministry Agent Hamed Nasr and his rookie partner, the bookish Onsi Youssef, seek to evict a strange and dangerous creature from the Cairo public transportation system, a mis­sion which becomes entangled with smuggling, the women’s suffrage movement, and incredibly sticky Armenian candy. Julian Thomas read with the slightly bemused verve the story required, as the case became both more dramatic and more far­cical; his Arabic pronunciation sounded plausible, but the English words “subtlety,” “treatise,” and “interminable” seemed to give him some pause.

The Black God’s Drums is also set in an al­ternate universe, a late-19th-century New Orleans that is free and independent while the Confeder­ates still control part of the South. When they plot to steal a devastating weather weapon associated with the orisha Chango, the god’s wife Oya prods her human host, the 13-year-old courier and street urchin called Creeper, to get involved in foiling the scheme. It is not always easy to voice a convincing adolescent, but Waites is charmingly believable as the feisty, clever Creeper. Unfortunately, her French Creole accent only holds up until she is called upon to actually pronounce French, which she clearly does not speak.

It would be nice if more narrators researched the pronunciation of complex words, but on the whole, these three pieces are a fine introduction to Clark’s vibrant prose and superlative worldbuild­ing. I’m looking forward to my next encounter with Fatma, who’s apparently the protagonist in an upcoming novel. 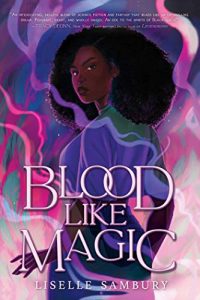 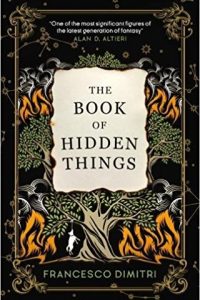