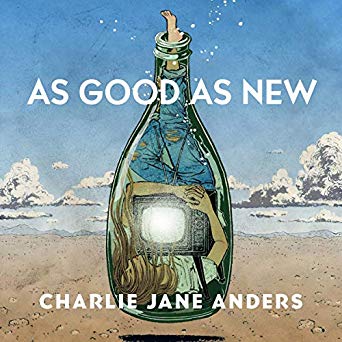 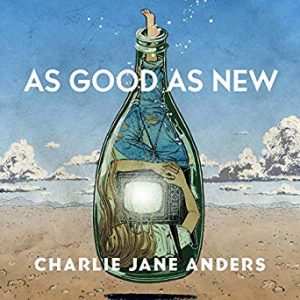 At the end of August, Macmillan released a number of short eBooks and audio productions of stories that were previ­ously published (and are still available to read for free) on Tor.com. That multi-release includes “A Dead Djinn in Cairo”, covered elsewhere in this column, as well as these other short works.

Charlie Jane Anders employs her signature blend of science fiction and fantasy in “As Good as New”. Marisol, a playwright who put her cre­ative work aside to study medicine, both survives an apocalypse and discovers the bottle containing a jaded New York drama critic turned genie. Can she think her way through to crafting the perfect three wishes that will restore the world she once knew? Was it worth giving up her art for medi­cine? Is the opinion of a mid-century white dude still worth considering? This was fun, thoughtful, and heartfelt. Narrator Frankie Corzo had a pretty good handle on voicing Marisol, but she doesn’t appear to have spent any time in NYC; otherwise, she’d have known how to pronounce “kibitzing.”

When the President proves to be more empty-headed than usual (and yet still able to walk and talk), the Deputy Chief of Staff is tasked with figuring out just where the contents of the Commander in Chief’s skull have gotten to. “The President’s Brain Is Missing” is a brisk and snappy bit of fluff, but clearly written before Scalzi realized that using the word “said” so many times leads to a somewhat clunky audio experience. Still, it’s good for a quick and cyni­cal laugh.

The most powerful marriage between text and voice in this group appears in Jeff VanderMeer’s “This World Is Full of Monsters”, narrated by one of my newer narrator faves, Vikas Adam, who did such an amazing job with Sam J. Miller’s Blackfish City. Adam’s grave and urgent tones conduct the listener on a hallucinatory, image-rich, and often frightening journey, which I believe to be an allegory of how the creative process takes a person over and the devastating isolation that mental illness can cause. (With VanderMeer, it’s sometimes hard to tell; a cigar may just be a cigar, but in his fiction, it’ll probably sprout mushrooms, or legs, or both.)

“Warm Up” is a tense little prequel teaser to Schwab’s Villains series, which I’m now inclined to read. Narrator Jeremy Arthur lends both sym­pathy and heightened anxiety to the tale of David, who emerged from a near-death experience on an icy mountain with the ability (or curse) to imbue anything he touches with unendurable heat. Af­ter nearly a year hidden in his house, afraid to interact with the world lest he damage anything or anyone beyond repair, David finally decides to venture out again, never once considering that he might be the one in danger.

This is a decent little survey of what Tor.com has to offer, delivered straight to your ear at a relatively inexpensive price. 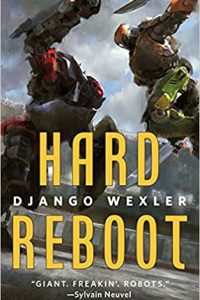