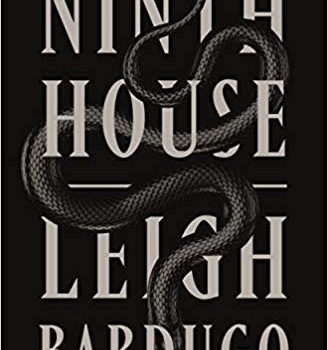 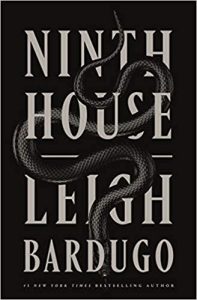 If you are a fan of Lev Grossman’s Magicians series or Neil Gaiman’s American Gods, odds are much better than even that you’ll fall head­first into Leigh Bardugo’s Ninth House and not want to ever emerge again. Like the worlds in those two titles/universes, Bardugo’s version of Yale, one where the secret societies practice certain sorts of magic to increase their power, is immersive and magnetic. At her Yale, there are eight “Houses of the Veil,” and each churns out captains of industry, movie stars, and superstar lawyers because of the rites they perform.

Not only is Bardugo’s world beautifully built, so are her characters. Protagonist Galaxy “Alex” Stern, a Los Angeles-based high school drop-out with a checkered past, is recruited for the uni­versity’s hidden Ninth House: Lethe, which is charged with making sure the more visible eight houses don’t screw up too much. It’s not Alex’s big brain that gets her into Yale. It’s her ability to see Grays (which are ghosts, sort of) without needing to drink potentially fatal potions. With that change of location from the streets of LA to the ivy halls of New Haven, her sight transforms from a crippling liability to a life-changing asset, as long as she can pass her classes, survive the training, and process her past. Oh – and as she quickly discovers, someone or something really wants her dead.

Complicating the plot even further is the dis­appearance of Alex’s mentor Darlington, whose own story of being raised near Yale’s power – both financial and magical – is captivating. Ditto that of Dawes, Lethe’s Resident Director (sort of), and of Alex’s roommates, none of whom know what she is gets up to.

Even though Ninth House is well-plotted (and given how Bardugo flips around in time, it needs to be), it never feels like it’s being forced. Like the best moments by Grossman and Gaiman, Bardugo’s storytelling is full of life and crackles with energy. It’s one that you’ll read in great gulps but never want to see end.