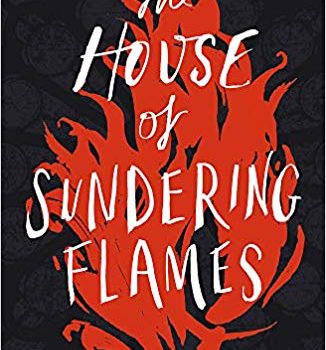 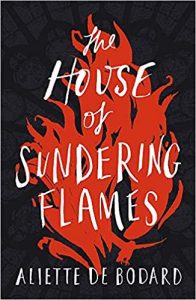 Also on the list of books I can’t recommend highly enough: Aliette de Bodard’s The House of Sundering Flames, the latest – and for now final – novel-length instalment in the series that began with The House of Shattered Wings and continued in The House of Binding Thorns. It’s worth reading the first two books in the series, for not only are they excellent in their own right, they lay the foundations for this capstone volume, which builds on their successes to make something even better than what has come before.

The powerful, magical Houses of de Bodard’s decayed, post-apocalyptic Paris are at peace, at least for now. House Silverspires, once in the first rank of the powerful, is much diminished; House Hawthorn is still strong, but its internal dynamics have changed since the dragon prince Thuan staked his claim on a true partnership in leadership of the House with his political-arranged-marriage husband, Asmodeus. Among the Houseless, the Annamite Immortal Philippe has been building himself a place in the community, along with the once-Fallen, now-human Isabelle, whom he brought back to life. (The complicated history is worth reading.)

But the peace of Paris is blown apart when an explosion levels House Harrier, one of the more powerful – and more bigoted – Houses. Emmanu­elle, partner and lover of House Silverspires’ head, Selene, is caught in Harrier’s territory, forced to navigate the disaster and a civil war playing out in the ruins of the House while suffering from a head injury that means she can’t remember what led up to the explosion, and to rely on allies who can’t be expected to have her best interests at heart. Thuan is negotiating challenges to his authority when war comes to his doorstep – for Hawthorn borders Harrier – and trying to establish himself as someone who can protect his dependents while also navigating his sometimes-fraught relationship with his husband. Internal power struggles threaten his ability to rise (alongside Asmodeus) to a threat to the integrity of the House itself. The wards that protect House Hawthorn and link the House heads to their dependents are cannibalising the people that both Thuan and Asmodeus would prefer they protect. If Thuan and Asmodeus can’t find a solu­tion, the House will eat itself.

Emmanuelle just wants to go home. Well, no, that’s not all: Emmanuelle wants to right the world’s wrongs, but, failing that, she wants to survive them and get home to Selene.

Philippe has been visited by an Immortal emis­sary from Annam. This emissary beseeches his help, because the Immortal court back home is essentially under siege from colonising Fallen. She wants Philippe to help her find a power – a warrior – kidnapped from Annam decades ago and brought to Paris to be a pawn in the struggles of the Fallen, an experiment or a tool. Dân Chay has suffered greatly, however, and in his freedom may not be inclined to help anyone when instead he could be burning the world to ash. And Philippe finds his capacities challenged, for the Houseless, too, are threatened by the power now burning through Paris, and Philippe’s best may not be enough to protect them.

This is a story about families and consequences, about power and what you make of it – the power to dominate and destroy set against the power to pro­tect and liberate. Emmanuelle, Thuan, and Philippe all in their different ways want to protect people, and to build a kinder, more forgiving world – a better one. If they can’t achieve that, they at least want to protect the people they care about from the worst of the cruelties of the world as it exists. But they’re faced with some pretty terrible choices, and the consequences of legacies of cruelty and domination – and Paris is burning around them.

De Bodard’s prose is precise and elegant, and her characters are compelling and fascinating, even – especially – when they’re making terrible compromises and impossible choices. They’re very human – even the immortal and the dragon prince. Events mount with increasing tension, histories hinted at with terrible implication, until the revela­tions and resolutions of the climax. This is a clever book, and a nuanced one, and to me it feels like a tour-de-force of storytelling. I deeply enjoyed it, and I recommend it highly. 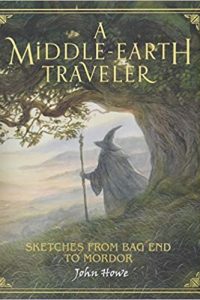 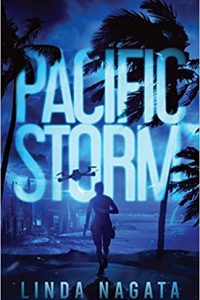