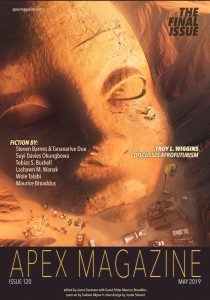 Issue #120 marks the passing of Apex Maga­zine. After a major health concern, editor Jason Sizemore has put the magazine on indefinite hiatus, but the final issue goes out in style with guest editor Maurice Broaddus elaborating on the theme of Afrofuturism with a mixture of original and reprint stories and essays. The three original stories cast a very wide net, starting with “Dune Song” by Suyi Davies Okungbawa from Nigeria. In a post-anthropocene desertified landscape, the number one rule is, “Do not go out to the dunes.” But there are always those like Nata who chafe at society’s rules. Will she go the way of her Mam, disobeying the Chief and heading out alone? This is a well-written story with some lovely passages, especially at the climax. The next story, from Steven Barnes & Tananarive Due of Southern California, starts out with almost no genre elements at all. Charlotte is watching her husband’s mind deteriorate – he was once a top political analyst for the Atlanta newspaper they both write for, but since he’s fallen under the spell of a particular religious leader he no longer cares for written words. The story turns slowly toward horror as Charlotte learns more about the cult that is growing, getting sucked inexorably into its orbit. My favorite story of the issue is “N-Coin” by Tobias S. Buckell (from Ohio by way of Grenada). As a ruined finance bro is standing on a high ledge getting ready to jump, he tells his tale of woe to the janitor nearby. He invested big in N-Coin, a Bitcoin-ish cryptocurrency that was set up to support Black businesses. He leaped in with both feet, thanks to a mixed-race friend, and convinced his bosses to do the same…. In this story we get a lot of his­tory and economics mixed in with a very clever stratagem to use high tech/finance to enact some small measure of justice on a rigged system.

The first two stories in Clarkesworld hit my sweet spot this July with works that let the imagination go wild. “The Visible Frontier” by Grace Sey­bold gives us Inlesh, a young traveler that we meet when he’s signed onto a vessel and learning star names from the Captain. Inlesh remains obsessed with the stars, what they might be and the different stories about them, as his voyages take him from one fantastic land to another. His own sense of wonder pervades every line. Eventually he meets a machine person who might have real answers, at which point the story takes a turn I didn’t see coming. This is a beautiful and heartbreaking tale in its totality. “Xingzhou” by Ng Yi-Sheng is a gloriously over-the-top mashup of almost everything you might love about the genre, as the narrator gives us the capsule biographies of all four of their grandparents: their grandfather, grandmother, grandzyther, and grandneither, and how they all found themselves on the extrater­restrial land Xingzhou, a land of fire. There are immigrants and demons, eldritch gods and hive minds, and even sentient fungus. I’ll be the first to admit that these are not deep character portraits, but the whole story is so much fun I didn’t mind in the slightest.

There’s more poignancy in stories by Sam J. Miller and Geo-il Bok. Miller’s story “Shattered Sidewalks of the Human Heart” imagines a world where King Kong was real and his fall became iconic and symbolic for many New York­ers. One such New Yorker, a cabbie, finds that he’s just picked up Ann Darrow and he’s agog at meeting this figure from the headlines, but is also terribly concerned about the news of the German annexation of Poland. This is an intimate character portrait set in a thoughtful alternate history. Geo-il Bok’s story “Flowers on My Face” (trans­lated from Korean by Elisa Sim & Justin Howe) imagines a future Ganymede where an asteroid strike devastated the human population and they evacuated, leaving a thriving but melancholy robot society in their wake. Jimmy Chan was rescued from the disaster site after being buried for almost 30 years, and many of his memories are missing. His wanderings eventually bring him back to con­nections that let him recover some of what he was missing, and there’s an undeniable romance with the robot troubadour who visits from offworld.

Finally, a story translated from Spanish by the author: “One in a Million” by Rodrigo Juri gives us a story with a narrator using “we” pronouns and recounting different threads of his life: one in which he’s a spoiled rich kid falling in love on an island resort for the first time and one where he’s a doctor helping to fight the AIs who have (seemingly mostly benignly) taken over the world. The sketches of both plot threads unfold organically, and the mystery of why the narrator, who is clearly a man named Luis Javier Fontine­ros in both forks, always uses “we” comes to a revelation only at the very end. This is a satisfying SF tale with an interesting perspective.

The theme for Lackington’s Spring issue is “Voy­ages,” and there’s no end to what a series of tal­ented authors can do with a wide-open theme like that. It starts out with knights who ride giant battle snails ensnaring a dragon to fly to the Moon to meet God in AJ Fitzwater‘s “With God as Our Witness“. Ser Sereena is a rare female knight and with Wilma as her artificer they get much closer to God than men do, making a momentous discovery in the process. Varna is also plotting a voyage to the Elder Moons in “A Cream-Broker’s Court­ship” by Nin Harris. Varna’s family cares for the celestial cows, and she is getting ready for them to Ascend. Chatur is the lover she broke with as she planned the journey, but even as he gets rail­roaded into an engagement with another woman they clearly still love each other. An interesting feature of this story is that after the climax we get a little denouement for the town, but not for the main characters. Voyaging on a spaceship through some kind of warp space, we get the diary entries of a Victorian-seeming woman in “Something to Light the Sunless Waste” by Sara Beitia. The woman’s husband dies as a gigantic, glowing barnacle-like entity attaches itself to the ship; it seems to be connected to the woman’s rather glowing pregnancy as well. This is a purely emo­tional portrait of the unnamed narrator in unique circumstances.

The last two stories of the issue give us beautiful scenes of faraway lands. In “Sestina for Medea” by Alexandra Munck a woman is seduced by the tales of a traveler and demands to go with him on his voyages. They travel far and wide, sometimes living richly and others poorly. He uses her in his schemes and eventually she leaves and settles elsewhere, collecting the stories of other travel­ers and adding them to a village’s library. This is a portrait of a life that does not go as expected, yet is immensely satisfying in its way. The finale is “Enchiridion of the Soltite” by Xue Xihe (I will never be able to spell the first word of that title without eyeing it letter-by-letter as I type it). This is a classic guidebook to a fantastic land, in this case a land where the culture puts hospital­ity to the traveler front and center in its ethical code. The guide tells stories of the traveling god Solt, of a cooperative maze-solving game and its many simple and elaborate variations and boards, and of the currency and the wildlife. It would be a solid entry in its subgenre no matter what, but there’s a Foreword that frames the narrative, a note that, since this book has been banned, its circulation has drastically increased, and we get the contrast between the hospitable culture being described and the encroaching xenophobia that might overwhelm it. As debates about immigra­tion and refugees rage across our own globe, this story has a particularly interesting perspective and resonance. 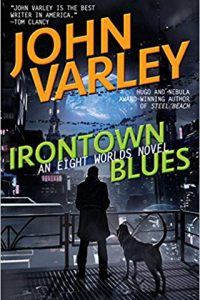 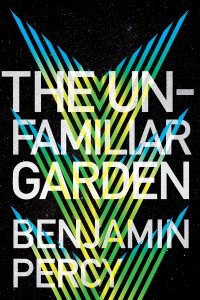