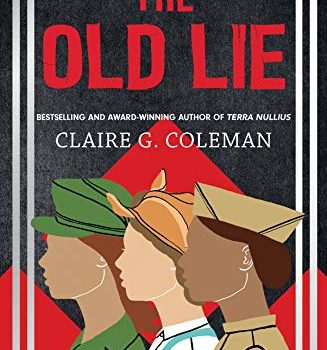 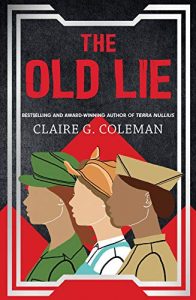 You’d be forgiven for initially mistak­ing the setting of Claire G. Coleman’s sophomore novel, The Old Lie, as the battlefields of the First World War. The opening chapter begins with a stanza from “Dulce Et Decorum Est” by poet and WWI soldier Wil­fred Owen, and features a death march through a devastated terrain redolent of the Somme and Flanders Field, of “foxholes, trenches and bomb-craters, all now full of corpses, rainwater and diluted soupy viscera.” It’s toward the end of the first chapter that we realise the backdrop isn’t the Western Front, isn’t even the planet Earth, but rather an alien world, one of the many theatres of war in the ongoing, galactic-spanning conflict between the Federation and the Conglomeration.

Amidst all the mud, the rain, and the bodies is Corporal Shane Daniels. A decade previously, she enlisted with the Federation after they beat back the Conglomeration’s attempted conquest of Earth. As an indigenous Australian with an appreciation of what it means to have your land invaded and colonised by a superior force, she saw it as her duty to ensure that her family, but particularly her Country, the physical and spiri­tual land of the First Nations people, was pro­tected. She isn’t the only indigenous Australian to head off to war. We’re introduced to Daniel’s best friend, Romany Zetz, a space pilot whose take-no-shit attitude has seen her demoted from Squadron Leader to Flight Lieutenant on six oc­casions. While the bulk of the narrative centres around Daniels and Zetz, three other stories weave their way through the novel. There’s Jim­my, a teenage human adopted by aliens, caught in the middle of an interplanetary refugee crisis; William, imprisoned for years, whose skills as a surgeon and knowledge of human anatomy be­come an asset for an amoral group of scientists; and Walker, slowly dying from a poison that has infected his country, an oily slime, “like death, like the black smoke made liquid, like fear and clotted blood.”

The Old Lie is an infuriating novel to read. It’s a book that features a rich, diverse cast, giving voice to the marginalised (in this case, indigenous Australians), but, paradoxically, has a derivative military SF plot. Coleman’s main characters feel like they’ve walked straight out of a David Weber novel. We have the grunt – Daniels – who quickly rises through the ranks to become a bril­liant tactician, and the maverick – Zetz – who will ignore the chains of command to perform high-risk acts of heroism. Even the battle scenes have a cut-and-paste feel, where a battalion of troopers, outmatched and outgunned, somehow survive long enough for the cavalry to arrive or miraculously win the day. And yet, running alongside this is a compelling story about the injustices faced by indigenous Australians since Lt .James Cook’s arrival in 1770 and the subse­quent invasion of the continent in 1788. Jimmy’s struggle to survive on space stations and starships overcrowded with the destitute and dispossessed at first evokes the current Syrian refugee crisis. However, when he meets a human girl also fleeing her adoptive family, but who was taken at such a young age she only speaks an alien tongue, we realise – especially if we know anything about Australia’s criminal treatment of Aboriginal families – that Coleman is echoing the plight of the Stolen Generation. Walker’s thread – power­ful and harrowing – is more overt in calling out its historical antecedents. As mentioned, Walker is slowly dying at the hands of a cruel bio-weapon that unravels everything it touches. Here Cole­man’s anger at how her Country has been mis­treated over the last two centuries is white-hot, particularly the references to Maralinga (a remote area of South Australia used by the British in the 1960s to test nuclear weapons, even though the Maralinga Tjaruta people still occupied the land). The last third of the novel is a microcosm of the strengths and flaws of The Old Lie. Through a series of improbable coincidences that stretch credulity, Daniels and Zetz discover that the Fed­eration is as corrupt as the Conglomeration. This revelation, though, parallels a further injustice of the past where indigenous Australians fought on behalf of their colonisers for the promise that they would retain rights to the land, to their Country, only to be betrayed.

The number of threads left hanging at the end of The Old Lie suggest there will be a sequel. If so, it’s a novel I have no reservations in picking up because, for all the issues I’ve raised in this review, what ultimately shines through is Cole­man’s passion, her fury and, most importantly, her keen sense of justice. 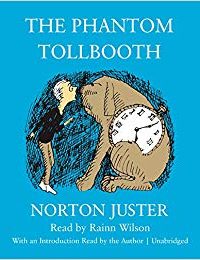