Gahan Allen Wilson, 89, died on November 21, 2019 from complications of dementia. A widely published cartoonist and artist, he was best known for his dark humor and macabre sensibilities.

Gahan Wilson’s work first appeared in Amazing Stories in 1954, but he became nationally known through art in slick magazines including Colliers, Playboy, and later The New Yorker. In 1964, he began a continuing association with F&SF, as cartoonist and occasional reviewer. His long series of graphic art collections began in 1965 with Gahan Wilson’s Graveside Manner; recent volumes are Gahan Wilson’s America (1985), Still Weird (1994), and Even Weirder (1996), The Best of Gahan Wilson (2004), Gahan Wilson: 50 Years of Playboy Cartoons (2009), Gahan Wilson’s Out There (2016), and A Little Purple Book of Phantasies (2019).

Wilson wrote a detective novel, Eddy Deco’s Last Caper: An Illustrated Mystery (1987) and a number of children’s books, did animation for 20th Century Fox in Gahan Wilson’s Diner (1973), and the CD-ROM game ”Gahan Wilson’s The Ultimate Haunted House” for Microsoft/Byron Preiss Multimedia. He wrote reviews for F&SF and The Twilight Zone, and reviewed books for Realms of Fantasy. Wilson started publishing short fiction in 1964, and the best of this work appears in his book, The Cleft and Other Odd Tales (1998), along with his own illustrations.

Wilson was born on February 18, 1930, in Evanston IL. His father was an executive at a steel company, and his mother did publicity for a department store. Wilson married the writer Nancy Winters in 1966, who predeceased him this year. Wilson is survived by stepsons Paul and Randy Winters; daughter-in-law, Patrice Winters; eight step-grandchildren; and several great-grandchildren.

A complete obituary with photos will appear in the January 2020 issue of Locus. 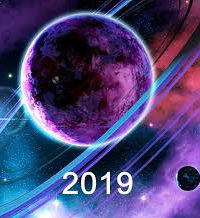