The week before I got an offer on my debut novel, I made the decision to give up on it.

The Imaginary Corpse was a labor of love: a noir-flavored fantasy cobbled together from childhood memories, my experiences in therapy, and a million literary and ludological ancestors. Writing it felt right in a way that no other manuscript had before. I built this world in a matter of hours, the outline in a matter of days. Rarely did I have to stop and think during the drafting process (editing, of course, was another story). It’s the book of my heart. Writing it required years of working on myself, finding my real voice under all the received wisdom about writing, and trying very, very hard not to be afraid.

I also couldn’t seem to sell it for the longest time.

Out of all the books I’ve written, the queries and pitches for The Imaginary Corpse were by far the best-received, but all that means is that I finally got partial manuscript requests. I also got partial manuscript rejections, and all of them said essentially the same thing as the rejections of my initial query packet, just in more detail: This is good. But I, a literary agent, have no idea where I’d sell it.

Eventually, when the most promising lead at the time didn’t pan out, I sought out another round of beta readers, in case there was some fatal flaw I just wasn’t seeing. Everyone loved it, which was great to hear, but the important takeaway was summarized in a note one of my beta readers gave me: The Imaginary Corpse deserved to be published, it just might not be a good debut novel. Did I have another idea I could work on, something a little closer to a “mainstream” debut? Something I could use to build my name, for leverage in pitching the weird dinosaur feelings-mystery?

As it turned out, I did. So, with tears in my eyes, I made the call: If the crop of queries I had out (a couple agents and a submission to Angry Robot’s Open Door period) didn’t bear fruit, The Imaginary Corpse was going in the trunk. Not to languish there forever, but simply to wait for a little while. The decision hurt to make, but it also took a huge weight off my chest. I could focus on something else. I could keep creating. It was going to be okay. 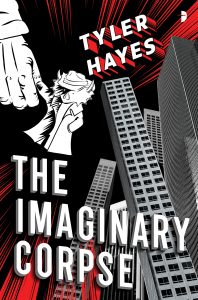 So it probably won’t surprise you to hear that when an email arrived from Angry Robot Books the following week, with the subject line “Offer for The Imaginary Corpse,” I had trouble breathing for a little while.

The rest, as they say, is history: I signed on with my agent, Lisa Abellera, and we started our business relationship with the negotiations on the offer from Angry Robot; the ink was allowed to dry; the announcement was made; and here I am, a published novelist, after all these years of trying. Apparently all it took was me deciding it was time to give up and move on.

But really, what did we learn?

From the way the offer letter talked about my book and the way my agent talked about how she wasn’t surprised Angry Robot liked it, I learned how incredibly subjective this business is. No two publishing houses are alike in what they want to publish. Books are a deeply personal business, and your rejections are just as likely to be about not finding the right person yet as they are anything to do with your book.

From the way I started working with my agent, I learned that really, truly, there isn’t just one path to the finish line. Yes, query-agent-offer-book is the normal rhythm, but in a world with self-publishing and open doors and pitch parties and all the other permutations available, there’s no need to limit one’s options. You can go in a different order or hare off in a different direction entirely, and as long as you’re doing the work, you’ll be in a good place.

From that note from my beta-reader, I learned (or was reminded of) the basic truth: writing is a business. That doesn’t mean you aren’t ripping yourself open and putting your guts on the page, but it does mean there are market forces that can be as much a factor in your journey as your own skill. Don’t feel like less of an artist for considering the place you’re at in your career when you consider whether to trunk a novel or what to write next. (Though, don’t try to write to the moment—publishing moves too slow for that.) And always, always be willing to write the next thing, no matter what happens with the last one.

From my friends who got me through this and celebrated with me when I got the offer, I learned all writers need a support network. The myth of the lone genius isn’t even a good myth. Surround yourself with friends and family who believe in you and are willing to accept that writing is a priority. Find other writers who get you and are willing to meet you where you are. Having my friends behind me was, I say without hyperbole, the only thing that kept me from an absolute meltdown during the querying process, and having that one piece of beta-reader feedback may have saved me from all kinds of bad decisions, even if I didn’t end up needing to trunk anything.

Finally: From this journey, and from my friends, I learned this can take a long time, and that time is often measured in people telling you it’s not right for them. I had forty rejections before I landed my offer and agent and dream, and that’s not counting the trunked novels that helped me figure out how to write this one. Other friends saw more than eighty before an offer of rep, and their books, I say as one of their beta-readers, are absolutely fantastic—they just needed to find their time and their audience. You’ll get there. Just keep doing the work.

I’m so glad I get to share The Imaginary Corpse with the world as my debut novel. If you take one thing away from this, I ask it be this: Write what you want to write, what you believe in, and fight for it and treat it with the gravity it deserves. Even if that means you have to put it down and walk on to the next thing for a while, that can sometimes be the right call. And who knows? Maybe it’ll find its people while you’re gone. 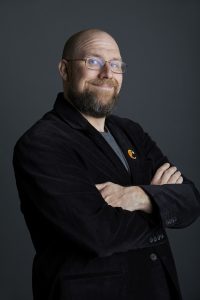 Tyler Hayes is a science fiction and fantasy writer from Northern California. He writes stories he hopes will show people that not only are we not alone in this terrifying world, but we might just make things better. His fiction has appeared online and in print in anthologies from Alliteration Ink, Graveside Tales, and Aetherwatch. The Imaginary Corpse is Tyler’s debut novel. 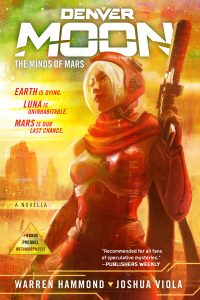