At first glance you might think this topic is too comic-nerdy for you, but I promise there’s a universal theme that applies to any reader. Oh, and comic nerds? Spoiler alert.

For the uninitiated, Thor is a character from Marvel comics, created in 1962 by Stan Lee, Larry Lieber and Jack Kirby. The easiest thing to say about the origins is that Thor was inspired by Norse mythology by way of Erich von Däniken, which is why the god seems unrecognizable whether you read the prose or poetic Edda. If mythological Thor’s red hair didn’t make it to the comics, his hammer Mjölnir did. In legend, it was the most powerful weapon in existence, although there was a flaw in its manufacture that led to a short handle. This is a Rabbit Hole, and the comics diverge significantly from the legends.

In the comics Mjölnir can only be lifted by the worthy, as per the (current) inscription: “Whosoever holds this hammer, if they be worthy, shall possess the power of… Thor.”

Obviously, this must have DNA from Arthurian legend, especially the Sword in the Stone, which may or may not be Excalibur, depending on which sources you read. “Whoso pulleth out this sword of this stone and anvil, is rightwise king born.” There is mythic resonance since Thor is also the prince of Asgard, home of (these) gods.

So. Thor of the comics is a space god with a magic hammer that he must be worthy in order to wield. What I want to talk about here is the worthiness that confers the ability to lift the hammer. For clarity, I will only consider the work of Jason Aaron because, well, there’s been a lot of inconsistency between 1962 and today, and, in my opinion, Aaron has made worthiness the theme of his work, more so than any other writer of Thor. 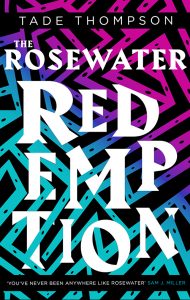 The short answer is Mjölnir does. Thor’s father, Odin, put the original enchantment on the hammer, but what is not commonly known is that he trapped a god in it. Yes, Mjölnir is a bit alive, is female, and contains Tempest, The Mother of Thunder.

Tempest was a sentient space storm, large as a galaxy, and judged the realms she attacked. She came to Asgard and Odin fought her. He trapped her in Uru metal and gave this to the dwarves, asking them to forge him a weapon. They had to kill a star to smelt it, but finally they made Mjölnir, who didn’t allow Odin to use it (barring one continuity error in the Generations storyline).

Those who end up carrying the hammer usually are called by Mjölnir. They literally hear a voice summoning them to where it lies at rest. The original Thor (Odinson) spent aeons attempting to lift Mjölnir.

When it comes to human behavior, we tend to think of traits (immutable, stable quality) and states (a temporary manifestation). Mistakes happen when we take a behavior that is state generated and attribute it to a trait.

Mjölnir’s worthiness is a state; in other words, it can be earned, and it can be lost.

At the end of the Original Sin sequence Nick Fury whispers something to Thor and Mjölnir drops to the surface of the moon. Just like that, Odinson becomes unworthy. The hammer calls to Dr. Jane Foster, Odinson’s erstwhile girlfriend who is dying of metastatic cancer, and she lifts the hammer to become the new Thor.

You might be thinking at this point that “worthiness” is the hammer somehow recognizing virtue, merit and morality. You’d be wrong. What you are worthy of is carrying Mjölnir, and the hammer has an agenda. The hammer responds to whoever is willing and able to perform a specific duty, unto death if need be. Which is why Jane Foster (or Beta Ray Bill, Volstagg the Voluminous or Captain America) were able to lift it.

Nick Fury told Odinson a deeply-rooted truth that undermined the latter’s worthiness. Look away now if you don’t want a spoiler, but Thor Odinson no longer believed in the idea of gods, or that gods were worthy of worship by mortals. And so Mjölnir rejected him.

Over the course of Aaron’s run we learn that each day, Thor Odinson has been nervous about being able to lift Mjölnir. He has never felt secure in his worthiness. “Worthiness is not an absolute condition. It is something for which even a god must never stop striving.”

One could even make a case for the hammer sulking because Odinson says, “I never deserved to be worthy in the first place.”

Neither is Mjölnir’s worthiness benign. It was killing Jane Foster and she had to make a defining choice about how to deal with the hammer.

I’m Not a Fan of Thor; Why Are You Telling Me This?

Now, why is the ability of an imaginary superhero loosely based on Norse mythology and the worst excesses of von Däniken important to the rest of us? Well, at their best, legends and myths are meant to inspire us to be better. Superheroes are, at least for this moment in time, the legends of the day. Taken that way, perhaps each one of us is meant to earn worthiness each day rather than taking it for granted. That means don’t take love for granted just because you’re in a committed relationship. Be worthy. That means don’t take your expertise for granted just because you’ve earned that degree or PhD. Earn that shit daily. It means a uniform doesn’t make you a cop, your conduct does. The hammer is a metaphor for that which you do daily. It’s a scalpel, a paint brush, a steering wheel, a log-in code.

Are you worthy today? 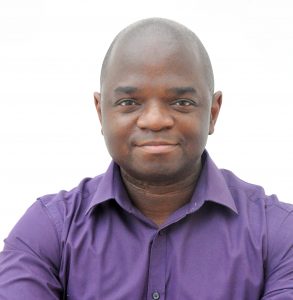 Tade Thompson is the author of Rosewater, a John W. Campbell Award finalist and winner of the 2019 Arthur C. Clarke Award and the 2017 Nommo Award for African speculative fiction. Born in London to Yoruba parents, he lives and works on the south coast of England as an emergency room psychiatrist.

One thought on “Tade Thompson Guest Post–“The Unworthy: The Nature of Virtue in Jason Aaron’s Thor””