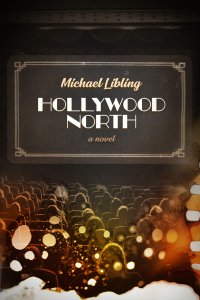 After winning a World Fantasy Award in 2015, ChiZine Publications has continued even more strongly than before as a powerhouse of offbeat fantastika, publishing dozens of titles from such visionary luminaries as Bracken MacLeod, Helen Marshall, and David Nickle. Their latest is the debut novel of Michael Libling, based on his award-nominated short with the same title. It’s an enthralling, nostalgically naturalistic, creepy and mordantly humorous tale that will appeal to fans of Jeff Ford’s The Shadow Year and Thomas Olde Heuvelt’s HEX.

The narrative begins in the mind of our first-person tale-teller, as it will continue, but at first displaced in time from the main events of the plot. The year in the framework is 1988, and our protagonist, Leo “Gus” Berry, a fellow in his thirties, is heading to his childhood home in Trenton, Ontario, a flyspeck on the map “an inch north” of Rochester. Immediately we are plunged into Gus’s pop-culture-saturated interior monologue, a mishmash of glib, witty, dumb, striking, silly referents to mostly movies, comics, strange books and quirky personages of history. But disturbingly, there is also a ghost in his head, someone named Jack. Who can this ghost be? For an answer, “Return with me now to those thrilling days of yesteryear!”—as Gus himself might intone.

Gus is a boomer kid, born in the mid-fifties, and we are going to watch him grow up in Trenton right through the pivotal years of the late sixties. This rich, yeasty, poignant depiction of an era, and of the unique small-town ambiance of Trenton, replete with dozens of memorable characters, is half of Libling’s triumph. The other half, naturally enough, resides in the gradual unrolling of the clever supernatural mystery at the roots of Trenton’s existence, and the quest that Gus and his peers—Jack Levin and Annie Barker—undertake to bring that mystery to light.

In a nutshell, and brazenly reducing Libling’s careful planting of seeds of revelation to a barebones synopsis, the trouble with Trenton is that it has been plagued over the past century or so with a series of unnatural deaths and disasters which no citizen can recall, but which our hero kids find recorded in old newspapers. And somehow the disasters seem linked to another lacuna in the town’s history: the time when it was known as “Hollywood North,” the locale of a bustling film-making studio churning out silent movies. Again, no living person will admit to this past, although threatening newspaperman Bryan McGrath—as close to a villain as the book gets—knows more than he will tell.

And so our trio—Gus imagines them as the Hardy Boys brothers and girl pal Iola—must interview citizens slyly, haunt the precincts of town and countryside for clues (the “free-range” childhood of yore is vividly evoked), and attempt to assemble all the pieces in Jack’s “Fortress of Solitude.” A major find is a stash of old intertitle cards which function almost like a sinister cinematic Tarot deck. But meanwhile, Gus has to contend with bullies, the embarrassing flirtations of his widowed Mom, his envy of Jack, his nascent affection for Annie and a host of other typical youthful concerns.

Libling blends the quotidian issues with the occult ones in deft ratio. His dialogue amongst the kids is pitch perfect, moving from droll to melancholy, from trite to weighty. The relations between kids and adults is classic. Do I detect the faintest whiffs of the Simpsons Springfield herein? And the talismans and cultural touchstones of the Fifties and Sixties are lovingly burnished. But always lurking just under the surface is adult Gus’s sense of sin and wrongness.

All my life I have.

The shocking revelations of the climax and coda sustain this motif very satisfactorily.

One last aside: all kudos must be given to the graphic designer on this novel, Jared Shapiro, for the striking multimedia approach to the text, with insertion of many embellishments and illustrations that perfectly complement Gus’s tale.

In its concentration on juvenile friendships, rifts in the universe, existential angst, guilt, responsibility and mortality, Libling’s fine first novel calls to mind a recent cousin, The Book of Hidden Things by Francesco Dimitri (review here). Along with such media vehicles as Stranger Things, Super 8 and Stand By Me, the two novels are part of a mini-trend that seeks to show us a past whose adolescent surfaces are a scrim atop writhing weirdness. Bradbury might have sketched out this mode in the darker parts of Dandelion Wine and the entirety of Something Wicked This Way Comes, but contemporary authors such as Libling are showing us refinements of sensibility and sense of wonder that the old Waukeganian never dreamed of.