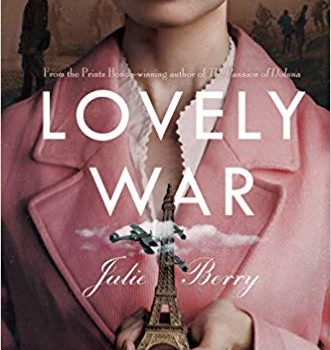 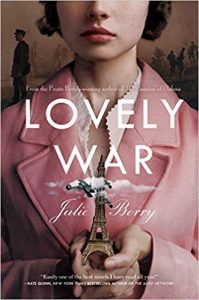 From the cover, Lovely War by Julie Berry appears to be the historical novel that it is. You have a young woman in period dress, a photo of WWI soldiers in the background, and a statue of the Eiffel Tower encircled with biplanes in the woman’s hands. There is nothing to suggest fantasy from the cover, but rest assured there is something extra special in this narrative: a smart spin that makes the drama all that much more enjoyable.

Lovely War opens in 1942 with a surprise: three denizens of Mount Olympus – Aphrodite, Ares, and Hephaestus – meet in a hotel under less than auspi­cious circumstances. A gauntlet is thrown and the larger story unfolds as Aphrodite makes her case for the importance of love and the struggles she suffers from supporting it. Early on, the goddess utters a powerful statement challenging common portrayals of her as shallow and feckless:

“Do you know what it’s like,” she says, “to spend eternity embedded in every single love story – the fleeting and the true, the trivial and the everlasting? I am elbow deep in love, working in passion the way artists work in watercolors. I feel it all.”

The other gods are flummoxed by the notion that love matters, that Aphrodite matters. She is deter­mined to prove them wrong and thus tells them two stories, some of her “finest work.” These stories of young women and the men they fall in love with during the Great War are steeped in the horrors of the time. (Berry has copious notes at the back of the book on the history she drew from.) Aphrodite wants Ares and Hephaestus (and Apollo and Hades, who join them later), to know just why the mortal lives of Hazel, James, Aubrey, and Colette matter, and, along the way, she makes clear why she matters and why this entire hotel meeting is so significant.

I have a serious affection for original takes on the Greek gods and goddesses. So many of their stories are just lazy retreads and Aphrodite, in particular, suffers much in these retellings. She is very nearly always portrayed as superficial, the original Insta­gram star, the influencer with no real influence. We want to be smart and strong like Artemis or Athena, we are equal parts terrified and impressed by Hera. But Aphrodite? Well, she’s pretty and pretty gets boring pretty darn fast.

Berry gives us a fired-up Aphrodite, a goddess who is damn sick and tired of being casually dismissed. Then the author takes us into the lives of Hazel, James, Aubrey, and Colette which gives readers a front-row seat on WWI. Hazel and James are British people who meet right before he ships out, and struggle to see each other as he is sent to the trenches in France and she joins volunteer efforts there. Colette is a survivor of Belgian tragedy and has lost all of her family and her first love; she meets Hazel while volunteering in France. And Aubrey is an African-American musician in a US Army band who discovers that serving while Black means you must keep an eye as carefully on your white fellow soldiers (especially Marines) as you do on the Ger­mans. He falls hard for Colette, which is acceptable in France, but raises the ire of his fellow troops. How both of these couples fight for their lives and their love is quite compelling and artfully built around the framework of Aphrodite’s storytelling, with the additions of other gods, who chime in occasionally sharing their own interactions with the mortals. By the end, the surprise is not how much readers care about the historical characters but how effectively Berry has embedded Aphrodite’s story into the nar­rative as well.

Lovely War is an excellent choice for readers looking for light fantasy who will appreciate a little something extra with their drama. World War I shows up so rarely in YA literature that I am thrilled to see what Berry has accomplished. A lot more of this unusual writing from the Printz Honor winner would be appreciated by fantasy readers. 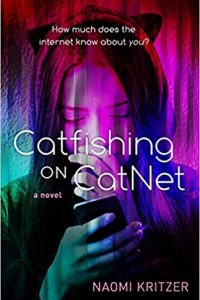