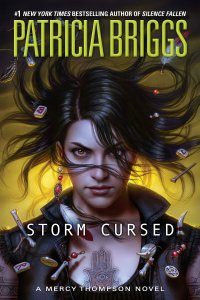 The 11th novel in the Mercy Thompson series finds Mercy back home in Washington’s Tri-Cities area, and a little more in the public eye than she cares for, thanks to having publically declared the area under the Columbia Basin pack’s pro­tection a couple of books back, so now she gets called to deal with various fae problems. This time, a farmer spots a goblin sneaking around his barn – and the problem turns out to be a lot more complicated than Mercy expected, starting with miniature zombie goats and building to include some very nasty witches, vampires, and threats to a high-level conference between humans and fae. Some very dark magics come into play and the tone gets quite dark by the end, but lots of banter and some interesting character developments keep things from getting too grim and should please series fans in particular. 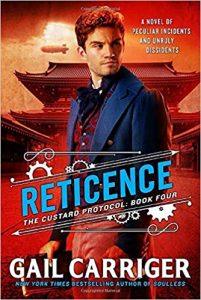 The fourth and final book in the Custard Protocol series, part of the steampunk Parasol Protector­ate world, focuses finally on Percival Tunstell, the scientifically minded navigator of the airship The Spotted Custard. Though the budding cur­mudgeon has no clue, it’s his turn for romance – which comes aboard in the form of the nearly unflappable female physician, Dr. Arsenic Ruth­ven. Having had a good deal of difficulty as a woman in her profession, she’s more than willing to give the ship and its eccentric crew a try, since they appear willing to put up with her somewhat radical opinions, having a pregnant metanatural, the captain, to manage. A high-society London wedding provides plenty of entertaining moments and then the crew’s off on a fascinating trip to Japan, there to find a floating city, magic foxes, plenty of trouble, and a charmingly awkward scholarly romance, making this a delightful finale to the series. 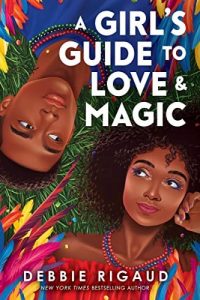 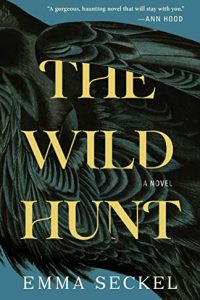