Back in the antediluvian days of high school, I’d look forward to lazy Saturday mornings spent perusing Peter Nicholls & John Clute’s landmark The Encyclopedia of Science Fiction. I mention this not merely for nostalgia’s sake, but because my recent experience reading the encyclo­pedic volume on hand is the closest I can think of to that sense of whimsical genre immersion from long bygone days. Imagine a more compact version of The Encyclopedia of Science Fiction, with a much narrower scope but a deeper view, and you’ll get a sense of this volume’s substance and design. Aliens in Popular Culture is comprised of a preface, an introduction, four essays, and some 130 alphabetized entries on authors, books, films, TV series, video games and alien-related subjects by 90 different contributors. Each entry is enhanced by “See Also” and “Further Reading” suggestions. Praise should be given not only to the many individual contribu­tors, who maintain a consistently high standard of presentation that balances accessible recaps with critical assessments, but also to editors Michael M. Levy & Farah Mendlesohn, who clearly encouraged a multidisciplinary approach and broad multimedia coverage.

Mendlesohn’s Preface astutely observes that the alien is often deployed “as something so other that it can be shot at, or laughed at – sometimes both – without emotional or intellectual consequence” but that there also exists “a more critical approach, one that reverses the position and argues for a different kind of alien encounter that might help us critique and challenge the colonialist presumptions of our own cultures.” Gregory Benford’s Introduction expounds on the concept of the alien as irreducible, unknowable strangeness and relates its treatment to various literary movements and strategies. These are useful notions to keep in mind when poring over the book’s many engrossing mini-essays, most of which do a nice job of historically contextual­izing the works under consideration (“The Abyss” is a good example). Even long-time fans and genre scholars will likely find plenty of delectable tidbits throughout. While reading about The Body Snatch­ers, for instance, we learn,”The uncanny effect that this disaffected duplicate has on loved ones mirrors a genuine psychiatric disorder called the Capgras delu­sion;” Michael M. Levy & Michael R. Page, writing about Hal Clement, offer up the gem that “the Trill symbionts of the Star Trek universe might also trace their origins to Clement’s novel [Needle];” Wendy Gay Pearson points out that while “the relationship between James Cameron’s film Avatar (2009) and Ursula K. Le Guin’s The Word for World Is Forest (1976) is sufficiently well established,” less known is “the film’s resemblance, intentional or otherwise, to Cherokee scholar and novelist Daniel Heath Justice’s trilogy, The Way of Thorn and Thunder;” finally, Edward James shares this irresistible nugget when writing about Sheri S. Tepper: “One of the most common images of aliens in popular culture is a cartoon of an alien demanding that an inappropriate person or object should ‘Take me to your leader.’ As far as I can discover, only Sheri Tepper (1929–2016) developed that into a novel: The Fresco (2000).” It’s not all just trivia, either. Lauren Maguire’s entry on Octavia Butler, for instance, contains acute insights into essentialism and interdependency; Craig Ian Mann’s analysis of the film Critters compellingly evaluates its aliens in terms of consumerist allegory; and Steve Asselin helpfully locates the importance of Camille Flammarion’s work to its “refutation of anthropocentrism.” It’s nice to see authors such as David Almond and Eleanor Arnason get their due, and I also appreciate the acumen with which chil­dren’s books are examined (Catharine Kane, Kelly Kane & Paul Williams’s piece on K.A. Applegate, for example, taught me many things about the Ani­morphs book series). Finally, entries such as Mike Rennie’s piece “Heaven’s Gate”, which explore the wider sociological implications of our fascination with aliens, significantly increase the book’s overall value, truly making it a thought-provoking examina­tion of a massively popular trope rather than simply a compendium of narrative assessments.

Quibble time. First is some apparent arbitrariness. We have an entry on “Gwyneth Jones’s Aleutians” – but why limit the scope of this piece only to these aliens, rather than covering Jones’s entire body of work, as other author entries do? Alexander Camp­bell’s “Alien (series)” article limits itself to the first three films in the franchise: why not at least include Alien: Resurrection, which is rife with metaphori­cal meanings and introduces a European auteur’s sensibility into the series? This essay also exempli­fies the occasional tendency to digress, in this case expending a full two paragraphs on Steven Mithen’s mental module merger theory, which is of tangential interest at best. The comparative length of entries is at times questionable: does it make sense for the movie Cloverfield to get as many words as Arthur C. Clarke? Does “Aliens Love Underpants” really merit such scrutiny? Further, certain duplications of coverage could have been avoided, for example Craig Ian Mann’s entry on the film Invasion of the Body Snatchers, which partially overlaps with T.S. Miller’s take on Jack Finney’s source novel. Not all entries offer perspicacious perspectives: Michael J. Hollows’ summary of Orson Scott Card’s Ender/Formic books, for example, is mostly lacking in critical analysis, which is a particular shame, given how many interesting things could be said about these books. The entry on Larry Niven talks about his various “hard science fiction” stories; why not recommend Hal Clement in the “See also” section? And speaking of recommendations, the article on “Alien Spaceship Design” directs our attention to the book A Dream Given Form: The Unofficial Guide to the Universe of Babylon 5, but misattributes one of its authors as Dean Koontz rather than K. Dale Koontz. I think we can all agree that Dean Koontz is prolific enough as is!

Still, despite these caveats, I heartily recommend this volume to anyone who wishes to learn more about the whys and wherefores of our pop culture renderings of aliens. Discussing C.J. Cherryh, Ritch Calvin makes the following point: “although the narrative device invites ‘us’ to engage with other­ness, just who are ‘we’? The narrative experience of othering reads differently for those readers who already occupy a marginalized position.” Indeed. An elegant reminder that, when it comes to aliens, it’s all a matter of perspective. 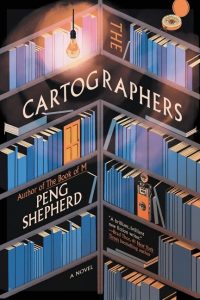