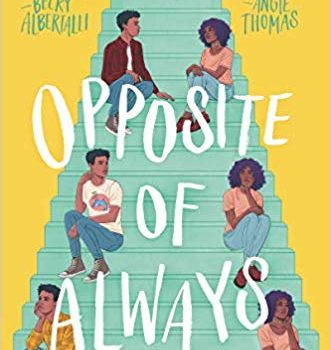 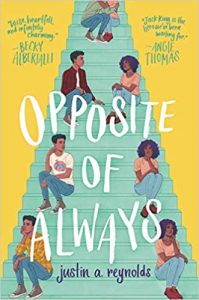 It is not a spoiler to state that Opposite of Always is a novel about time travel; specifically, the story of Jack traveling back over the same period of months again and again (and again and again) to save the life of his girlfriend, Kate. All of this is revealed on the book’s cover, which also touts the novel as “hilarious” and “heart-racing.” The question is whether or not author Justin A. Reynolds pulls off the trick of keeping a repetitive plot interesting enough to engage readers when the same sad ending stops the story in its tracks at the most stressful of moments.

Let me put your concerns at ease right now: he nails it. Big time.

There is most certainly a Groundhog Day quality to Opposite of Always (Jack even name-checks the movie as he wrestles with his dilemma), but this story is far more serious. Jack and Kate meet at a party, and they start talking and texting and dating. They make plans to attend prom, she suddenly becomes dangerously ill and is hospitalized, he learns she has been keeping her precarious health situation from him all along, and then she dies. Jack has no chance to grieve before he falls unconscious. When he wakes back up, he is at the exact place and time where he met Kate; he remembers everything and it all unfolds, just as it did before, again. Jack cannot bear to lose Kate and so he tries to find a way to save her life. This entails many different scenarios, many different efforts and many different failures. Kate keeps ending up in that hospital bed and Jack keeps collapsing and that meet-cute at the party just keeps happening.

The Jack/Kate romance is strong but it is not all (thankfully) that Reynolds throws at the plot. Jack’s two close friends have significant roles in the recurring events and, as he changes his ac­tions in attempts to save Kate, they are impacted in various ways, some of them not only negative but tragic. He finds himself forced to find a bal­ancing act that includes multiple people he cares about, including his parents, and hinges on skill­fully navigating various key events before Kate’s death. Sometimes, he just gives up (not quite as drastically as Bill Murray in Groundhog Day but enough to let Kate die), and readers will not blame him for his emotional exhaustion. As to why all this happens and how, Reynolds doesn’t spoil the narrative with too many explanations. Jack just knows that it does keep happening and the only way apparently to stop it is to save Kate.

Opposite of Always is a barely-there science fiction novel; it fits in the genre because if you have time travel then you pretty much have to give it the label. But this is mostly a coming-of-age drama – a story of friendship, young love, and learning how to make the right choices in the toughest of circumstances. The biggest win here is Jack, who is a truly fantastic character. He’s funny, he’s smart, he’s soulful, and he’s as frustrated as anyone would be in his situation. Reynolds has done a sweet thing with this novel: he’s given readers something to cheer about and characters to care about. In tough times, we can’t get enough of these books and we don’t get nearly as many as we need. Science fiction is lucky to have this one, plus an author who makes all this love look so easy to write about. 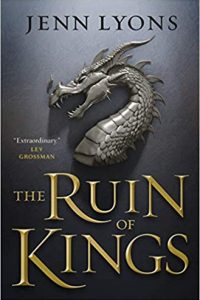 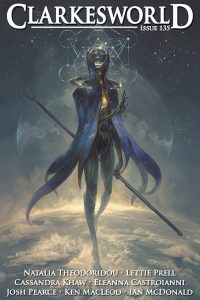