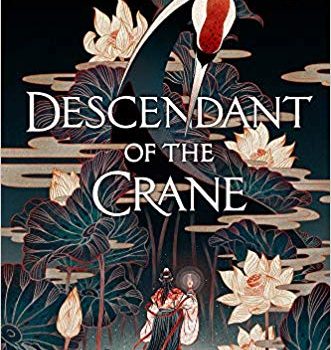 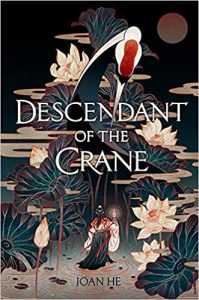 I more than liked Joan He’s debut fantasy. Descendent of the Crane sets itself in a world deeply influenced by Chinese history and culture. It’s a lush, deeply realised world, full of laws and ministries and red-light districts, scents and textures and presences, histories and legacies. (I’m almost certainly missing references and reso­nances that would make the reading experience even deeper, simply due to my lack of familiarity with parts of the well from which He’s drawing.)

Yan is a nation of laws. Centuries ago, a band of 11 heroes overthrew the last of the so-called relic emperors. Two of them (known to history as One and Two of the Eleven) were the first rulers of the empire’s new age. They freed slaves and serfs, instituted gender equality, and tried to build a more just and equitable landscape. They also killed thousands of “sooths” – soothsayers whom the previous emperors relied on to tell the future, who can also do magic and whose blood burns blue on exposure to air. (One wonders about nose­bleeds, childbirth, and menstruation – it would seem that one’s clothes would go on fire.) In Yan, even now, sooths and anyone consulting them are condemned to death by a thousand cuts, and the populace still hates them virulently, despite how much time has passed.

Seventeen-year-old Princess Hesina is commit­ting treason. Her father, the emperor, is dead. She feels sure he was murdered, and her quest to bring him justice leads her to consult a sooth to find out how she can convince the powerful ministries to open an investigation into his death. Hesina might be first in line to inherit the throne, but her hands are tied by law and custom.

Her adoptive brother and sister, 19-year-old vis­count Caiyan and the equally youthful mistress of the wardrobes Lilian, are her allies in opening an investigation, but her 16-year-old brother, Sanjing (a well-respected military general) warns her that investigating the emperor’s death will result in court factions attempting to convict a scapegoat – one connected to the recent border troubles with a neighbouring nation – rather than find out the truth. (This seems like a family of youthful overachievers: they make me feel old and tired.) Hesina finds someone to act as her prosecutor/investigator: a young convict with a dark past called Akira, but it turns out that Sanjing’s right. The trial process only lays bare the fissures in Yan society – and the rotten parts of the system.

Hesina is out of her depth. The more she in­vestigates, the more she finds factions pushing back against her, and the more she learns about her society and her father’s secrets, the less likely it seems that she’ll be able to solve anything. There’s a complicated tangle of injustice and good intentions going all the way back to the Eleven, made even more knotty by functional immortality and an immortal text. Hesina has to grapple with her family’s (her father’s) legacy and her mother’s disregard at the same time that her court is com­ing apart around her and trying to overthrow her rule, thanks, in part, to her discovered sympathy for sooths. Their treatment is an injustice she wants to correct, but she may not have the chance. Betrayal comes from unexpected directions, and Hesina finds herself forced to flee.

Joan He’s voice and style is a vivid, compelling one. Most of her characters feel solid and alive – Hesina, as the protagonist, is particularly striking in her combination of innocence and knowledge – although a few of the secondary characters, par­ticularly an antagonistic minister, don’t develop into well-rounded, believable people. There’s action here, and intrigue (though I have to say He­sina seems peculiarly unencumbered by servants and rituals, for an empress or even a member of an imperial family). If I quibble with a few small logistics and technicalities of Descendent of the Crane, that’s partly a testament to how compel­ling and convincing I found it. It makes me want to think about its world and its people.

It ends on a hell of a cliffhanger. I’m seriously looking forward to the next volume in this story, because it’s surely not over yet. Definitely recommended. 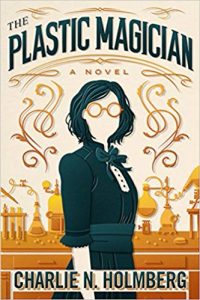 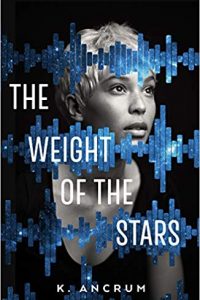 Colleen Mondor Reviews The Weight of the Stars by K. Ancrum 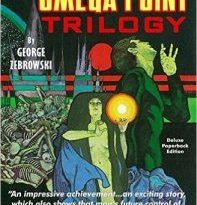