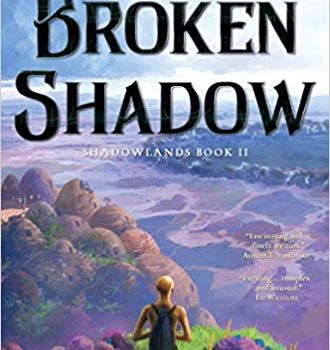 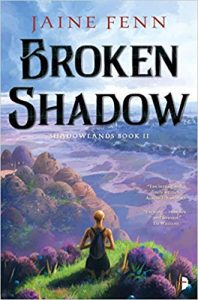 Jaine Fenn’s Hidden Sun, out from Angry Robot Books last year, introduced the reader to the world of shadowlands and skylands. In the shadowlands, or at least the ones with which the novel concerns itself, a powerful Church restricts scientific development and unorthodox thought, while a patriarchal society relegates women to a second-class status. The shadows of the “shadowlands” protect their inhabitants from the inimical glare of the sun. These inhabitants are known as shadowkin, to distinguish them from the skykin, who can survive the fierce sun and alien landscapes of the skylands. Raised in crèches in the shadowlands, skykin are reclaimed by their kindred when they come of age, and joined with the animus – a symbiote – that allows them to sur­vive the inhospitable landscape of the skylands.

In Hidden Sun, the reader met Rhia Harlyn, a noblewoman from the shadowland of Shen, part of an far-flung network of natural inquir­ers – scientists or natural philosophers – who investigate the nature of the world. She heads her house because her brother Ettyan is immature and good-for-nothing. We were also introduced to the Eparch Sadakh, a strong player in the politics of the shadowland of Zekt, a religious visionary who’s also a natural inquirer, and who has experi­mented on Ettyan – with the result that this young man can now survive in the skylands almost like a skykin. And we met Dej, too: a skykin exile, a sometime thief, and a lonely young woman searching for a sense of belonging in a world that seems bent on rejecting her. At the close of Hidden Suns, Rhia and Sadakh have both learned things about the wider world, and Dej and Ettyan have become lovers.

Broken Shadow is Hidden Sun‘s sequel, a conclusion to this duology. Hidden Sun offered a fascinating world and moderately interesting characters: Broken Shadow continues with the theme of fascinating worldbuilding and compara­tively mediocre characterisation. Not that there’s anything wrong with the characters, as such: but they don’t have classic arcs of development (they don’t change, not in particularly evident ways) and the novel isn’t interested in the close focus of character study, either. This leaves Broken Shadow rather on the unsatisfying side, as a conclusion to the two-book arc: its ending raises more questions than it answers.

In Shen, Rhia Harlyn now stands accused of heresy for her unorthodox conclusions about the nature of the world and the sky. She intends to prove that the world orbits the sun, a cosmology not considered acceptable by the Church. While the duke of Shen is quietly her ally, he will not act openly to help her, and he has his own agenda. Rhia accepts a trial that puts not just her work, but her life at stake. Ettyan’s not around to help her – not that he could be relied on to be much help.

Dej isn’t finding her relationship with Ettyan to be everything she hoped for. (He is, it appears, rather lazy.) When she learns that he once raped a girl back in Shen, she – understandably – can’t stand to be around him, and abandons him to set off farther into the skylands. She wants to explore, to see the world, to find somewhere that feels right. When she discovers she’s pregnant, her feelings get more complicated. (She remains dis­gusted with Ettyan.) In the course of her journey, she learns much more about the world than she had ever imagined. Skykin and shadowkin were once one people, and the skykin conceal a terrible secret about the source of the animuses that give them both continuity of consciousness across generations and the ability to survive in the sun.

Meanwhile, in Zekt, Eparch Sadakh is being backed into a corner by his political enemy, a prince of Zekt. His experiments after Ettyan have proven fruitless, and his enemy is bent on destroy­ing his work, but that work may be vital to the long-term survival of the shadowkin. In the wake of Rhia’s unsuccessful heresy trial (she kept her life, but her papers are condemned), her theories are suddenly and disastrously proven right. The shadow that shields Shen from the overpowering sun disappears abruptly and completely. The duke of Shen sets in motion a plan for the partial sur­vival of his citizens that takes Rhia and part of his household to Zekt. In the wake of this disaster, it may be that no one on their own has all the pieces of a solution, but between them, Rhia, Dej, and Sadakh may have the tools to at least see how people can survive if other shadows disappear as abruptly as Shen’s did.

Broken Shadow confirms what Hidden Sun hinted at: this isn’t a low-magic fantasy world, but a partially colonised post-tech-abandonment/di­saster alien science fictional one. The colonists of this world don’t, for the most part, recall that they came from somewhere else and sought to change the world to suit their needs, or – in the case of the skykin – to change themselves to survive the world. That’s at the root of everyone’s problems.

Although I don’t feel that Broken Shadow gives a satisfactory ending to the duology, Fenn has created a fascinating world. I hope to see more of her work. 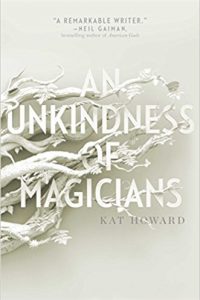 Liz Bourke reviews An Unkindness of Magicians by Kat Howard