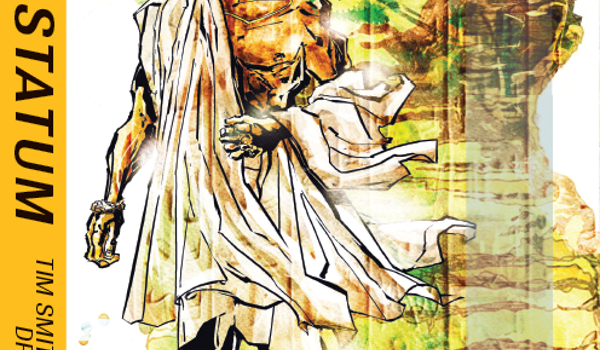 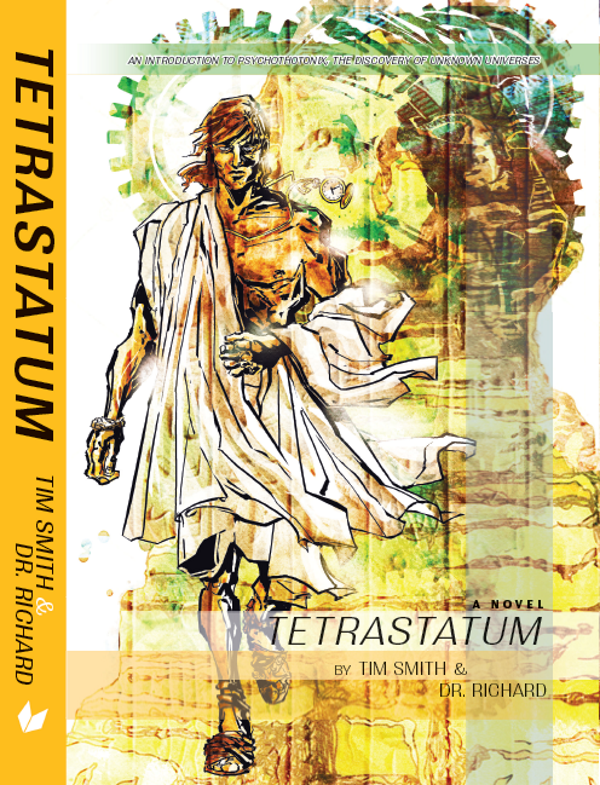 Presenting the cover of Tetrastatum by Tim Smith & Dr. Richard!

What if the laws of physics as we understand them are incomplete, only half of the equations that explain reality?  Mankind has been blinded by the light, searching for answers in the photonic (material) universe while the truths are concealed beyond the shutter speed of our biological cameras.  One day, an image processor evolves. Schrödinger’s equation is finally interpreted correctly by Dr. Richard revealing that the dualistic imaginary solution prior thereto discarded by physicists is actually the key to mankind’s quest to answer the unanswerable.

What happens to me after I die? What is the ultimate source and origin of creation? What is reality?  Dr. Richard’s equations bring forth the darkness of the imaginary (non-matter) universes unraveling the mysteries of space-time giving mankind full comprehension of the miraculous nature of the essence of reality, the fourth state, Tetrastatum. Only, Dr. Richard is too late! The world we once knew has been destroyed by man’s greed and exists only in a thotonic, non-matter state. The only hope to restore the planet Earth is Dr. Tim Smith. In the material world that once existed, Tim Smith was the head of the Quantum Teleportation Program at DARPA and a “Time Smith” in the non-matter thotonic universes whose shadows persist. Unfortunately, mankind’s last hope, Dr. Smith is quite clearly, insane.

“I think therefore I am,” says Descartes’s thotonic skeleton of the past. Tetrastatum is the ultimate test of Descartes’s philosophical truth. We are transported through the tunnel of institutionalized insanity as helpless voyeurs perceiving existence through Smith’s eyes as a non-matter image freely flowing in all space-time universes. Dr. Smith’s complete mental meltdown takes us on a dualistic journey as a “Time Smith” exploring the meaning of reality and the human psyche.

Your debut novel Mort(e) came out in 2015 and launched the War with No Name Series. Tell us about that book and the world it introduced. The sales team likes to call it either “Animal Farm on steroids” or “Animal Farm with machine guns.” In short, the series is about a war between humans and sentient animals. In this world, a hyperintelligent queen of a globe-spanning ant colony has vowed