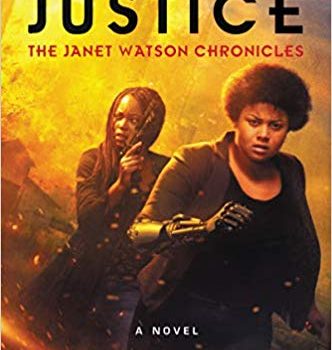 Claire O’Dell burst onto the near-future science fiction scene last year with A Study in Honor, the opening volume in the Janet Watson Chronicles. A Study in Honor, which I reviewed for this publication, was a tense, compelling near-future thriller, set in a United States in the throes of a second civil war. Its protagonist, Janet Watson – a queer woman of colour, a surgeon, and a disabled veteran – found herself in the middle of a murderous conspiracy, drawn in to the work of her newfound difficult friend, roommate, and benefactor, mysterious intelligence agent Sara Holmes.

The Hound of Justice is the series’ second volume, and it builds on the strengths of the first. It opens some months later, with Janet beginning to rebuild her life and career (albeit not without hiccups and the need to negotiate difficult hos­pital politics), while Holmes remains suspended from her intelligence duties as a result of going off-book during A Study in Honor. (One won­ders how this is not a regular occurrence: this Holmes, like almost every incarnation of the character since Arthur Conan Doyle’s original, is infuriatingly high handed and disinclined to tolerate fools.)

Janet’s new job with Georgetown University Hospital isn’t going as well as she would like. She’s not yet returned to being a working sur­geon: she’s only slowly adjusting to her new arm prosthetic, which may eventually give her back sufficient dexterity and control to perform surgery. She’s frustrated. (In the course of the novel, Holmes helps in putting the kibosh on her developing relationship with a nice bookshop owner, by calling her “my love” at an inappro­priate moment.)

Chance puts her in the immediate vicinity when an extremist anti-peace faction called the Brotherhood of Redemption stages a terrorist attack in Washington DC, causing dozens of deaths and hundreds of injuries. Holmes begins to investigate, despite having been warned off by her superiors, as Janet becomes caught up in a hospital investigation into raised mortality rates that (it turns out) is linked to a wider conspiracy.

When Holmes disappears, Janet is offered an eviction notice. Then a message reaches her through Holmes’s equally mysterious cousin Micha that Holmes needs a surgeon – needs Watson – for a mission behind enemy lines. Janet has the opportunity to join Holmes and test her new prosthetic in the field. But the path there leads through Janet’s complicated and strained relationship with her family, and through old guilt and pain – if she can slip the hounds of the surveillance state. Once reunited with Holmes, Janet will have to face the fact that even their own government may be compromised, because this conspiracy goes deep and plays really dirty.

The Hound of Justice, like A Study in Honor, is less a mystery novel in the Doylist mode than a fast-paced and intense thriller focused firmly on its main character. Janet Watson is a very strong main character, with a compelling voice. For she has to work hard to overcome her self-doubt, to rebuild herself, to reach out for joy, and to keep re-learning how to believe in herself, over and over again.

I feel for Janet, because her best friend is hyper-competent and secretive, and also kind of an asshole, so Janet has to sit with her insecurity a lot. Also, people keep trying to kill her.

The Hound of Justice is an entertaining, en­gaging near-future thriller, well written and well characterised. It’s not a traditional Holmes-and-Watson story – the dynamics of their relationship feel rather different to many variants – but maybe that’s to its credit. I enjoyed it, and I’m definitely looking forward to the next instalment, whatever (and whenever) that may be. 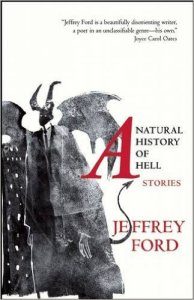