There’s an expectation that we all have side hustles. How are we monetizing our hobbies, our passions? Do you pick up odd jobs? Have you monetized your YouTube channel? Maybe you’re a Lyft driver, Instacart courier, or pick up shifts at the Amazon warehouse while banging out a novel or working on your comic between the hour of 4:00 a.m. and 5:00 a.m. before your kids wake up. If you can’t carve out an hour in your day, you must just not be working hard enough….

This was my life for the last decade, a succession of sleeping, waking, and working, that all blended together. Any time off I had from various jobs was used for traveling to appearances or finishing novels. At some point in the last couple of years, I realized I couldn’t remember the last time I had a real day off, let alone a true vacation. The issue was only exacerbated when I picked up a day job where I could work remotely several days a week and while on trips related to my writing career. I found myself traveling internationally for appearances, speaking during the day, and then engaged in my pile of day-job work in the mornings and evenings. I could have it all, it seemed. I just couldn’t remember much of it. I was too exhausted. I had a desk job that should have paid well, but had such miserable health insurance that every month felt like a struggle. I joked that I was “hustling for health insurance.”

Which was true, really.

I started googling “how to recover from burnout.” Endlessly. All the advice was the same: seek “balance.” Meditate. Get enough sleep. Eat healthy.

Not a single piece of advice encouraged me to do less, to give anything up, to take a break, to… stop. Certainly none of the advice included “move to a country with regulated healthcare costs.”

The only true warnings came from my fellow professional writers, many of whom had done this hard push themselves, and encountered the same fiery end. One writer noted that at some point I was going to have to give something up, to which I responded, desperately, “I can’t!” I need health insurance, I have bills, I’m the breadwinner, there would be too much financial anxiety, it’s impossible, impossible….

It went on like this, then. I drank more, because it made me less anxious and helped me sleep. I became attached to my phone, answering emails and doing interviews at odd hours. I was fucking miserable. I hated my life. I resented the slog. I was angry at publishing. I nearly quit writing on at least two serious occasions. I had worked the equivalent of three or four jobs for the last ten years, and there was no end in sight. Every day was the same hustle. I found that the only personal experiences of any note that I was mining for my writing happened in my twenties. All I could remember of my thirties was… working.

It was a bit shocking, then, to get laid off unexpectedly from my day job a few months back. There was a scramble with our finances. We had to cash out some things that shouldn’t be cashed out. The writing community stepped up, and I gained a wealth of new supporters on Patreon, who pledged a buck a month for a short story, providing me with a more regular income. I got a flurry of messages from people who understood how expensive my drugs and health insurance were, and offered to cover costs. One colleague made the trek down from Canada with affordable insulin.

I threw myself into writing a very overdue fantasy novel. It was a month of hard, intense work that ate six or seven hours a day. When the dust cleared, we had enough money to get us to royalty season, when I received payments for books sold in the prior six months. A deal my agent and I had been working on for half a year finally went through.

When the book was in and the pledges via Patreon stabilized, I got back to the hustle of looking for another day job. I walked into and out of interviews. I turned down a couple of opportunities that were a poor fit. The longer it went on, the more I wondered why I was going to do this to myself again. I was burned out. Not just on writing, on publishing, but on the daily grind of corporate America.

I was burned out on juggling three or four careers. I was worn down by politics, by inept governance. I was exhausted from the hustle. I realized that I had never truly recovered from the deep burnout I went through back in 2014, I had simply been medicating and powering my way through it.

I wasn’t getting any better. I was just shambling along, miserable.

Something needed to change. After speaking with several other writers who had gone through similar challenges, I decided to deliberately take a few months to concentrate solely on the writing career. It could not be forever, but it could give me space to breathe, to garden, to paint, to remember what it was to live without constant, grinding anxiety.

The art we create, whether it’s painting, sculpture, writing, captures a moment in time. What good was creating this art, I thought, if I couldn’t even remember those moments myself? These moments can never be replicated. The world keeps moving on, with or without us. Having a chronic illness has also put my life, and how I choose to spend it, into starker relief. I thought that having less time meant I should be doing more with every waking hour. In truth, I should have been doing less.

No one wants to hear that the cure for burnout is to do less.

We can’t do with less. We’re barely surviving as it is.

The vast majority of us are struggling. Health care costs and student loan debt are dragging down entire generations here in the US. The system itself must change. The world needs to be reinvented. While we are in the process of that, we somehow need to survive it. In whatever way possible. Sometimes that means doing less of what is killing us, and more of what matters.

It’s said that as the bombs of WWI thundered a few miles away, Monet painted endlessly in his gardens. Too old to fight, the war too far gone to prevent, he found refuge in creation. Water lily after water lily appeared on his canvas, dancing in pools of light. The world around him seemed to be ending. Yet he continued to make art, an intrinsically hopeful activity. Art assumes an audience.

Each of us is in the process of ending. Some of us faster than others.

Our culture worships busy-ness, but we, individually, don’t have to. These few months on a tight budget have been difficult, and demoralizing. Money means success, to me. Confined mostly to the house, I’ve found joy in fiddling in the garden, in writing, in painting, but I am a hustle-worshipper at heart, a workaholic. I can feel it in my bones, this need to climb and climb and climb until I keel over. I know it’s unhealthy – it’s a poor American cultural relic. But I feel it. I have paused to focus, here at the base of some hill, but I’m still looking up and up and up at the capitalist climb, even knowing it wants to kill me.

This article and more like it in the June 2019 issue of Locus. 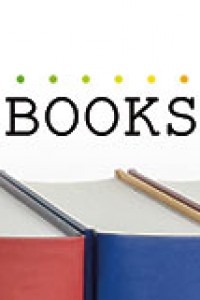 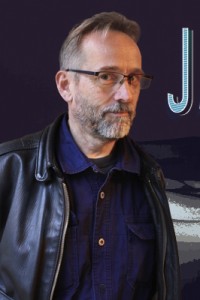 3 thoughts on “Kameron Hurley: The Singular Cure for Burnout”