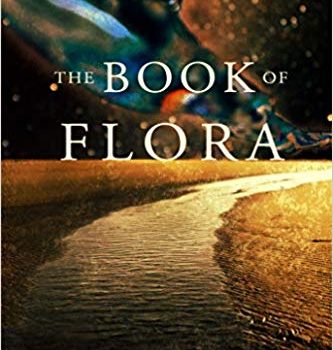 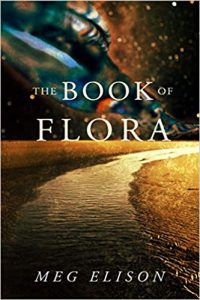 Meg Elison’s The Book of Flora is the final novel of a trilogy that began with The Book of the Un­named Midwife, one of my favourite novels of 2014 and a deserved winner of the Philip K. Dick Award. A plague of post-apocalyptic proportions has wiped out most of humanity, but particularly mothers and newborns. As a consequence, women are now a rare commodity, hunted down by men who roam the ruins of civilisation. The Book of the Unnamed Midwife provides an account of the first months following the collapse of society; the title character, once a nurse, is now driven to save women from sexual slavery and provide them with access to contraceptives. She achieves this by passing herself off as a man, wearing baggy clothes, modulating her voice and rubbing dirt into her jaw every morning to mimic stubble. Skip forward a century and the midwife’s diary entries have been canonised, her words copied out, again and again, in an act of endless preservation. Her heroics have also led to the establishment of a colony called Nowhere, a matriarchy where mothers are tended to by a “hive” of men and where healthy women are expected to procreate despite the risk.

The Book of Etta (2017), the middle volume of the trilogy, continues the story of Etta, a resi­dent of Nowhere who features briefly in the final pages of The Book of the Unnamed Midwife. Despite the pressure imposed by her community to become a mother, Etta has chosen a different path, making it her mission to free the many girls still enslaved by monsters like the Lion of Estiel. Inspired by the midwife, Etta transforms into Eddy when she’s out on the road, and yet for Etta, Eddy is more than just a disguise – it’s a reflection of her true identity. During one of her sorties, a visit to Jeff City, Eddy meets Flora, a spinner of silk. Their relationship, which forms the backbone of the trilogy, is complicated and fraught, especially after Eddy discovers that Flora is a trans woman. The Book of Etta ends with the destruction of Nowhere at the hands of the Lion, but in turn sees Eddy murdering the tyrant, liberating the women imprisoned in his stronghold. In The Book of Flora, more than 40 years have passed and Flora lives on the relatively peaceful island of Bambritch. She has become the elder states-person, her understanding of this fragile world enriched by her experiences and the libraries she has pillaged over the years. Similar to others influenced by the midwife, Flora has kept a journal throughout the decades and the novel shifts between her recollections of the days and months following the death of the Lion and the present-day threat the Island faces. An army is heading toward Bambritch, laying waste to the villages and towns in its path. It’s led by a General in search of the mythical “Frags,” “women [who] can impregnate themselves.”

What sets the Road to Nowhere trilogy apart from other literary pandemics is how Elison cen­tres her story around reproductive rights, gender identity, and sexuality. I can’t remember anyone doing something similar in a post-apocalyptic milieu, that is, giving a voice to queer and trans­gender people. Elison explores the typical preju­dices, but it’s framed in the context of a world on the brink of extinction, where re-populating the planet is viewed as a priority over a person’s gender and sexual preference. Eddy’s rejection of Flora is symptomatic of this, his feelings of betrayal when he discovers that Flora is trans an expression of his own guilt and insecurity that he hasn’t met the child-bearing expectations of his community. Elison also uses the trilogy to consider, as all good science fiction does, what society might look like when the slate is wiped clean. Beyond the predictable savagery and cruelty (mostly perpetrated by men), we are introduced to the underground sanctuary of Om­mun, loosely based on Mormonism and led by the Prophet Alma; the mini-metropolis of Shy, populated entirely by women, and my favou­rite community, the Alexandria, a ship crewed by librarians, housing a massive repository of knowledge. The temptation for Elison would be to have her characters find a society that supports her worldview, one of diversity and acceptance. From the very beginning, this has been a trilogy that’s emphasised the intimate bonds between people, rather than the communities and societies that spring up around them. For Flora the tragedy isn’t the realisation that utopia is often “paid for by someone else,” it’s that in a world as chaotic and uncertain as hers she keeps having to say good-bye to those she loves.

What impressed me the most, though, is how The Book of Flora marks Elison’s growth as an author. I say this as someone who adored The Book of the Unnamed Midwife, who found its freshness, its ragged edges, its radical attitude to a well-established sub-genre breathtaking. With The Book of Flora, Elison displays a confidence in how she fleshes out her wonderful characters (I haven’t even mentioned Alice), how she plays around with perspective and chronology, bounc­ing backward and forward in time, and how she ties it all together in a climax (which I wouldn’t dare spoil) that’s surprising, moving, and beauti­ful. I will miss these characters; I will miss this world. 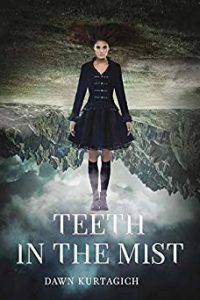