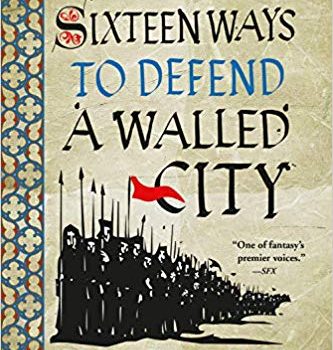 K.J. Parker (AKA Tom Holt) does just what it says on the tin in Sixteen Ways to Defend a Walled City. In true Parker style, he comes at the topic from an unexpected angle. The perspective is not a royal, nor a peasant, nor a proper soldier. Instead, our hero is Orhan, a high-ranking member of the city’s Corps of Engineers, who happened to be building a bridge outside the city’s walls when a siege began.

If you are geek culture savvy, imagine Myth­busters‘s Jamie Hyneman given the authority to build, bodge, kludge, and hack whatever he needed to in order to save a medieval-ish walled city. Oh – and this city isn’t really his, because he was brought there as a captive as a child and is the wrong color. And he’s about twice as witty as the real-life Hyneman. That will get you close to how Sixteen Ways to Defend a Walled City works.

As with most of Parker’s work, there is a mel­ancholy undercurrent that gives the humor weight. As heroes go, Orhan is a reluctant and flawed one who’d much rather be working with how things work rather than saving people who dislike him because of his race. But he can’t resist a puzzle, especially one that looks like it can be solved with rope, a chain, and big rocks. When Orhan works the problem, we can’t help but watch. 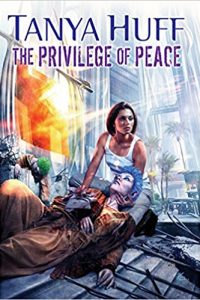 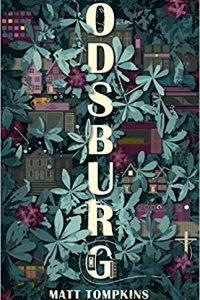