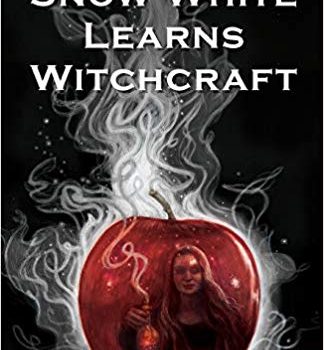 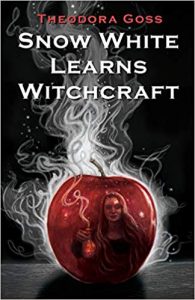 Theodora Goss‘s Snow White Learns Witchcraft is a selection of stories and poems recasting tradi­tional fairy tales. This has been a consistent source of inspiration for Goss – I recall reviewing her first published story, “The Rose in Twelve Petals”, in one of my first columns in these pages. That story (a Sleeping Beauty take) is in this collection, with seven other stories and 23 poems. (I recommend the poems – Goss is a strong poet as well as an excellent prose writer.) The one new story is “A Country Called Winter“. The source material is Anderson’s “The Snow Queen”, here very much transmuted. Vera is a young woman living in the US and work­ing on her M.A. She came to Boston when she was six, from a remote mountainous country colloqui­ally called Winter. She’s fully assimilated, but still remembers stories of her home, and especially those of her Nana, who was said to be lady-in-waiting to the Princess of one of the rival ruling families. Then, at college, she meets a young man from Denmark (!) named Kay (!), and she thinks they have a relation­ship, but then he betrays her, and at the conclusion she learns something more about her true identity. It’s fine work, and it’s interesting how a quite new (and contemporary) story is layered on the bones of “The Snow Queen”. 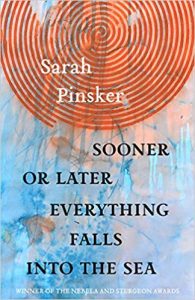 Sooner or Later Everything Falls Into the Sea is Sarah Pinsker‘s first collection, which surprised me – she has done so much outstanding work in the seven years since her first appearance. The original story here is a curious one – “The Narwhal“, set in a world pretty much like ours, except for the apparent presence of superheroes. Lynette is a young woman trying to make her way in the gig economy, and she’s hired to help a woman drive a whale-shaped car across the country. The trip is frustrating, and strange, and eventually they land at a Midwestern town at which some disaster ap­parently occurred some time in the past – which of course turns out to involve the woman who has hired Lynette, and her strange car. This is solid and interesting work, though not quite Pinsker at her very best. The book, to be sure, includes some of Pinsker’s very best work, and this is a must-have first collection.