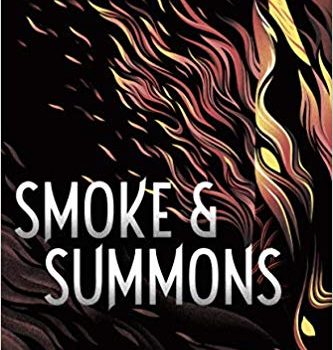 Charlie Holmberg has carved out a suc­cessful niche as a writer of speedy, fan-pleasing novels in a small constellation of fantasy genres. Smoke & Summons, the first book in the new Numina series, continues her work in the same field: it’s an urban fantasy set against a sooty metropolis, making use of religious corruption, blasphemous magic, de­structive class strata, and other well-delineated world-building elements. Sandis, the heroine, is an innocent who bravely reaches beyond her abilities for freedom and goodness, and Rone, the hero, is a winking sinner with a troubled past.

Sandis is a vessel, a teenager whose body can house an unearthly, powerful creature named Ireth. Her slaver, Kazen, summons Ireth into her at his will in order to threaten his enemies and business adversaries. Against all odds, Sandis escapes Kazen and falls right into the lap of Rone, a thief-for-hire with an extremely rare artifact as his main asset. Rone agrees to help Sandis find her uncle, whom she hopes will keep her safe and free. The balance of the book is a relentless chase across the filthy, corrupt city of Dresberg, from Kazen and his men as well as from the authorities chasing Rone for a recent crime. The continuousness of their fugitive state is a little exhausting, and the physical extremes to which both characters push themselves get pretty labored. (The amount of violence done, particularly to women, in this book is troubling, but it’s certainly not unusual, even for a female author.) But the driving mysteries of the book – will Sandis defeat Kazen, is her uncle good or bad, what’s her actual relationship with Ireth? – worm themselves into the reader’s head, and push them to keep devouring pages until the chase is finally over. Of course, this is a series, and the chase isn’t over on the last page.

In some ways, Smoke & Summons is a successful book; it’s going to sell well and make a lot of readers happy, but judging the book isn’t simple. Sandis may have remarkable capabilities, but she’s also a prototypical damsel in distress: unconfident, virginal, constantly saying she’s sorry, content to let men save her from harm. When once again subjected to Kazen’s will: “She wasn’t strong. Without Ireth, she was nothing.” Rone is a standard-issue Han Solo figure, roguish and good-looking and in over his head, whose big moral choice is, truly, the most understandable betrayal any character has ever committed. These heroes strain to reach outside their tropes, but they don’t quite make it.

Additionally, Holmberg’s writing is often inexact. At one point, Rone is somewhere dan­gerous, notably not wearing any protective gear, and “the first bullet glanced off his upper arm. Rone heard the sound of it first as it tore through fabric and skin.” If it penetrates the skin, it’s not glancing off anything. This kind of careless composition is hardly endemic to the book, but this sentence is far from the only example of it.

However, for many readers, character stereo­typing is soothing, and poetic writing is beside the point. If you just want to read an adventure, you don’t want to fuss with unusual characters or sentences so beautiful they call attention to themselves. You want transparent prose and a cracking plot. Holmberg delivers these in Smoke & Summons, which means the book is worthy of an audience.

But don’t fantasy fans deserve better? Don’t they deserve female characters strong enough not to apologize, and writing so good it can be reread without cringing?

Maybe. Maybe not. This book is good enough, and it’s fast and entertaining, for that reason it will probably gather up many more fans than a depressing, beautifully written novel like The Rending and the Nest or a series involving resolutely antiheroic characters like Titan’s Forest. Not every heroine has to be a feminist heroine, and not every book must be written in prose so good it can be savored. Readers finding books they enjoy is what matters, and those who enjoy middle-of-the-road fantasy, especially with a few horror and romance elements in the mix, will enjoy Smoke & Summons. 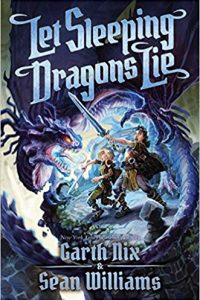