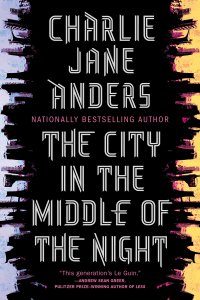 After the popularity of her Nebula Award-winning first novel All the Birds in the Sky, we could hardly blame Charlie Jane Anders for being tempted to double down on the goodnatured, geek-friendly genre sandwich of that novel, which cheerfully piled together ele­ments of SF, fantasy, and rom-com in a tale that finally came to rest on the complex, long-term relationship of its two central characters. The City in the Middle of the Night seems to be Anders’s deliberate effort to pivot as far away as she could get from the comfort zone of that first novel: it’s set thousands of years in the future on a grim, violent, unstable, tidally locked planet where descendants of the survivors of a troubled generation starship voyage have established a kind of feudal system of competing city-states, forgetting much of the technology of their ances­tors. They could use that technology, because in addition to trying to establish a sustainable culture, they have to cope with some pretty scary native critters, to which they have given arbitrary names like crocodiles and bison, which seems somehow akin to naming your pet boa constrictor Fluffy. The novel at first looks like a shift into full hard-SF mode, but it again comes to rest on the even more complex relationships between its four central characters. And while the orbitally tidelocked planet January is worked out with some attention to planetology and ge­ography – the human colonies are confined to a twilight zone between frozen wastes on the one hand and deadly heat on the other – it’s not without fantasy and mythic overtones; in some ways the setting might as well be Midgard, with the land of ice to the north and the land of fire to the south – not to mention a deadly Sea of Murder complete with its own version of a kraken and some ill-tempered pirates (whose own despera­tion is described in a way that renders them more than convenient savages). While this makes for a powerful setting for the perilous journeys that make up a fair part of the action, it also at times stirred up questions from the old Hal Clement reader in me, wondering exactly how the hydrol­ogy and atmosphere of January are supposed to work, with an endless shelf of ice on one side and on the other “a wall of steam so high you couldn’t see the top.” This is certainly a recipe for really bad weather, but, apart from that, the meteorology is a bit unclear, and we learn very little about the sunward side of the planet. (I was at times reminded of some classic old Mercury tales like Alan E. Nourse’s “Brightside Cross­ing”, but no one comes close to trying anything like that here.)

As spectacular as this setting is, the real ener­gy of the novel derives from the sharply rendered loyalties, loves, and perceived betrayals of the main characters. The main viewpoints belong to Sophie, a working-class scholarship student who is the first in her family to attend the prestigious Gymnasium in the strictly regimented city of Xiosphant, where her roommate is the more privileged – and therefore more daring – Bianca, who belongs to a progressive student group; and Mouth, one of the last surviving members of a nomadic tribe called the Citizens, who has joined the Resourceful Couriers, a group that makes its living plying the trade routes between January’s settlements. Even the narrative voice reflects the disparity of privilege: Sophie gets to tell her sections in first-person present, while Mouth’s status as an outsider seems reinforced by her third-person sections. Sophie’s rela­tive privilege doesn’t last long, though; when Bianca steals a few dollars just before the cops raid their Progressive Student Union meeting, Sophie deliberately takes the rap, only to learn too late that the cops intend to make an example of her, effectively sending her to her death by abandoning her on the frozen slopes of a nearby mountain. Miraculously, she is rescued by one of the fearsome, insect-like “crocodiles” who inhabit the frozen darkness, and even catches a telepathic glimpse of their own society, far more advanced than anyone had suspected, which she calls the Gelet. After making her way back to Xiosphant, she hides out in the coffee shop of a friendly merchant, unable to reveal herself to Bianca, who has apparently been thoroughly radicalized by what she believes is her friend’s death at the hands of the cops.

Mouth, meanwhile, arrives in Xiosphant with her friend Alyssa and the other Couriers, only to find that their trading contact has been compromised and that they’re at least temporarily stuck there. Mouth hates city life, but when she discovers that a rare document from her lost nomadic tribe is held in the palace library, she is determined to stay until she can somehow steal it. This essentially rounds out the character dynamic that propels most of the action: Sophie, the exile and fugitive who may be the only hope of establishing accommodation with the native civilization – but who is also in love with Bi­anca, whose radicalization can’t quite overcome her innate sense of privilege and power (faults which we see through far sooner than Sophie does); Mouth, the outsider whose desire to find her own heritage comes into conflict with her street instincts (and who forges an unlikely alli­ance with Bianca); and Alyssa, a sort of liminal figure who begins as Mouth’s reluctant partner and eventually begins a relationship with Sophie. While there are significant political themes ex­plored through the time-regimented society of Xiosphant and the far more laid-back community called Argelo (not quite Singapore vs. Portland, but close enough), there are also some skillfully rendered and harrowing adventures (such as a hazardous trip across the Sea of Murder), and an almost visionary final third that brings the alien Gelet society significantly into the foreground.

In the end, though, it’s basically the shifting alliances and passions of Anders’s characters (along with some sharply drawn secondary fig­ures, such as a crusty diner owner who knows the history of Mouth’s people) that underlie both the novel’s deep humanism and its unflinching view of human nature. The City in the Middle of the Night (which city, by the way, turns out to be neither Xiosphant nor Argelo) may at one level be a high-concept dark romance of the far future, but it succeeds by offering us the most intriguing, flawed, and complex group of charac­ters that Anders has yet created. While it offers little of the ingratiating charm and playfulness of All the Birds in the Sky, it’s a far more mature and committed work. 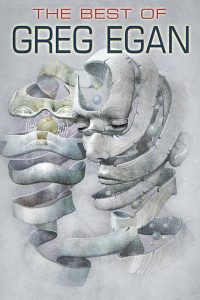 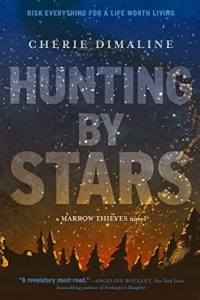 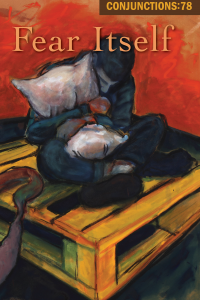