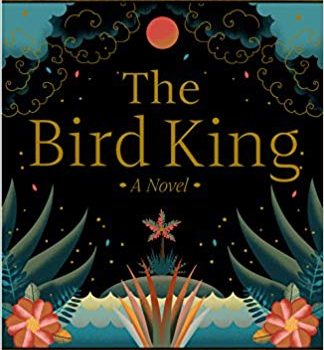 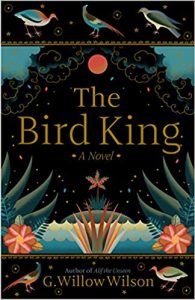 G. Willow Wilson seems to be pivoting away from her World Fantasy Award-winning first novel Alif the Unseen, which resonated with many readers, I suspect, because of its shrewd combina­tion of contemporary cyberhacking and ancient magic (a bit like R.A. MacAvoy’s Tea with the Black Dragon a generation ago). That novel was also peppered with sharp questions of geopolitics and religion, and allusions to works as diverse as The Thousand and One Nights and Philip Pullman’s His Dark Materials. Her second novel, The Bird King, forgoes a contemporary setting in favor of the last days of the Muslim Emirate in Spain in 1491 – the time of the Inquisition, and just as Jews were being expelled – and its most significant literary allusion is Al Attar’s 12th century Persian poem The Conference of the Birds, which provides not only the novel’s epigraph, but a significant plot twist near the end. In brief, instead of weaving together SF and fantasy, she weaves together late medieval historical adventure with fantasy. What’s surpris­ing is how many of the issues seem pretty much the same – political repression, mendacious government spies, religious intolerance, secret identities, hermetic knowledge involving a kind of coding, even new technologies like mounting cannons on ships.

In no way does this setting render the novel less intriguing and accessible, though, even to younger readers (with a few tweaks, it could eas­ily have been YA). Wilson’s engaging characters quickly earn our sympathy – Fatima, a beauti­ful concubine favored by the sultan; her closest friend Hassan, the court mapmaker; a palace dog who turns out to be an ancient and somewhat cranky djinn; a novice monk driven to question­ing his religion’s metastasizing intolerance. Even though Fatima seems occasionally in danger of getting classically plucky, the real dangers she faces are harrowing, and the one true love of her life, Hassan, is gay. When a delegation from the court of Ferdinand and Isabella ominously shows up at the sultan’s palace in the middle of the night, one of the representatives, a beautiful and apparently sympathetic woman named Luz, ingratiates herself to Fatima and Hassan, who inadvertently reveals his real secret – he can draw maps of places he has never seen, and the maps can create portals or even rooms in the real world. For Luz, who turns out to be an agent of the Inquisition, this is enough to make Hassan a dangerous sorcerer. Assisted by the palace dog – who turns out to be a kind of vampire djinn named Vikram, easily the coolest character in the book – Hassan and Fatima set out to escape Luz and her Inquisition goons. The long center of the novel details this escape, pursuit, capture, escape, and pursuit, with the trio eventually steal­ing a boat without realizing that the novice monk assigned to guard it is still on board. The monk, Gwennec, becomes the fourth member of their little fellowship, although his true allegiances remain in question. Luz, in turn, becomes an increasingly obsessed cross between Javert and Malificent – but then she probably doesn’t get too many opportunities to snag an actual magi­cian, and her ambition is likely as corporate as it is personal.

Wilson never skimps on the action to meditate on the novel’s religious themes, but the contrasts of worldviews, between Muslim and Christian, between monastic faith and Inquisitorial thug­gishness, between legend and history, between different kinds of belief, are never far from the surface. Inspired in part by The Conference of the Birds, of which Fatima has only seen a fragment, the group sets out to find the legendary mountain where the Bird King lives, on a remote island west of Europe, to which Hassan thinks he can guide them with his mapmaking skills. But, they learn from Gwennec, this same island is known to Christian legend as Antillia, where seven “sainted bishops” fled centuries earlier to escape the Muslim conquest of Iberia, each founding a city there. The notion of viewing the same mysterious island from the dual perspec­tives of Christian and Islamic legend is perhaps Wilson’s neatest thematic trick in the novel, and Gwennec’s observation that “These are stories about two different kinds of defeat” is especially provocative. “Mine is about an empire that was conquered by force. Yours is about an empire that faded away.” That’s about all we need to know about the tectonic historical forces that underlie the novel’s fast-paced adventure, and once they finally make it to the island, Wilson brings off an impressive narrative high-wire act that neatly balances the contrasting worldviews with a few conventions of literary fantasy (such as the odd way time passes on the island). While The Bird King will easily satisfy most readers with its fabulous adventures and intriguing characters – I wouldn’t mind meeting Vikram again sometime – it’s also a deeply thoughtful novel about how the world is what our perspectives make it. 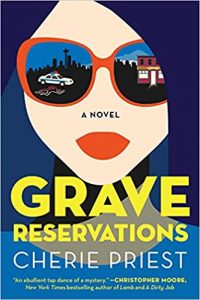 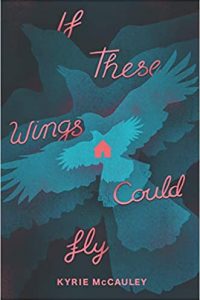 Colleen Mondor Reviews If These Wings Could Fly by Kyrie McCauley