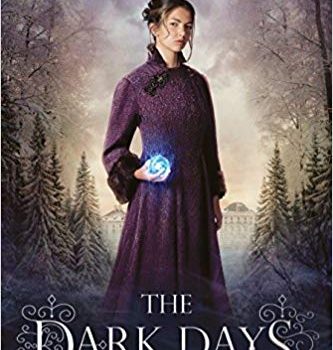 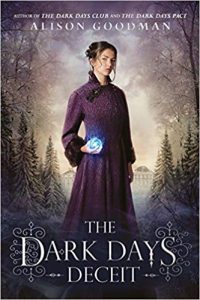 The final book in the Lady Helen tril­ogy was released in November and it brought this regency romance/fantasy to a dramatic climax just as all of its fans (includ­ing me) were hoping. The Dark Days Deceit picks right up where the second book, The Dark Days Pact, left off. It is December 1812, Lady Helen is engaged to marry the impressive Duke of Selburn, and the Dark Days Club is deep in its hunt for England’s most dangerous and mysterious foe: the Great Deceiver. In the midst of very detailed wedding preparations, the connection between Lady Helen and fellow Dark Days member Lord Carlston grows more intense. Who lives, who dies, and who ends up together in this most beguiling of historical fantasies is anyone’s guess. I consumed the book from start to finish and yes, dear reader, I loved every minute.

First, the obvious: you must read the three books in the Lady Helen series in order. Begin­ning with the The Dark Days Club, the later adventures build on those that came before and the relationships deepen with each succeeding chapter. These are not standalone books. Hav­ing said that, each title serves the trilogy format well, with no sagging in the action slowing down the plot (or the ever-important develop­ment of friendships and romance). There is a lot of physical moving about in The Dark Days Deceit, repositioning on the board of English geography as each side in this good versus evil battle tries to gain the upper hand. The club learns, finally, what the aim is of the Deceivers and why they have set their sights on England. The members also discover just what the limits are of their own powers to stop their foes and how much fantastical power a person, namely Lady Helen, can contain, before the ultimate sacrifice is warranted.

There are several things that make Goodman’s series so delectable, starting with her attention to historical detail. A constant problem for Helen is where she can go and what she can do as a “woman of quality” in the Regency period. Her clothes are a problem (how to fight for your life when buried in skirts), her appearances in public at certain places doing certain things are a problem, and her magical connection to a man who is not her fiancé (but is the man with a royal command to save England), is a really big problem. The many negative complications raised by her gender are brought home to Helen most clearly in an argument with her brother. She has saved the country multiple times, risked her life repeatedly, and yet he is angry that she is doing all of this, not because she might die but because she is female. “Females should not – cannot – fight,” he asserts with an enormous degree of pomposity. “You do not have control of yourself and your emotions.” (UGH!) The fact that Lady Helen resists setting her brother on fire is, I think, one of the best examples of control in the book. As Goodman makes clear, however, his feelings are not the exception. The series is, indeed, populated by smart women of all ages and circumstance who are forced to put up with abusive husbands, dire living situations, and daily desperation merely because they were born female. This period in history might look pretty, but it was certainly no place for a woman to succeed.

And so, Alison Goodman gifts us with Lady Helen as a hero for all of the women around her, and as she battles on against the darkness invading her mind, the machinations of enemies outside and within her circle, and against society itself, readers will cheer her every move. With its subversive political bite and rip-roaring magic (and yes, romance), The Dark Days Deceit is a fabulous cap on an outstanding series. Reader, you really are going to love this one. (A LOT!) 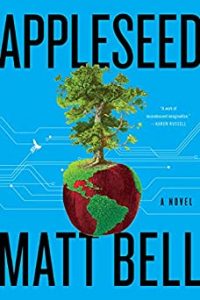