Editor Arthur A. Levine has left Scholastic after 23 years to launch his own independent publishing company, effective March 30, 2019. Levine’s eponymous imprint was founded in 1996, and he is a major figure in children’s publishing, best known for bringing J.K. Rowling’s Harry Potter series to the US.

Levine told Publishers Weekly, “I’ve had a wonderful run at Scholastic and will greatly miss working here. There are such strengths and so many gifted individuals. But I’m excited to found a company led by a mission to make books reflecting the greatest diversity and the highest standards of artistic excellence.”

His new publishing company doesn’t have a name yet, but it has a mission. It will “center on diversity, ideally with a mix of 75% minority creators, including people of color, Indigenous people, and LGBTQ individuals. It will be focused on high-quality bookmaking and many of the things Arthur A. Levine Books has been known for.” He hopes to launch in late 2020, with 20 titles from the US and five books in translation. Senior editor Nick Thomas is leaving Scholastic to go with Levine.

Scholastic will continue to publish Harry Potter and the other 300 titles on the Levine backlist. Other authors of genre interest include Daniel José Older and Shaun Tan. 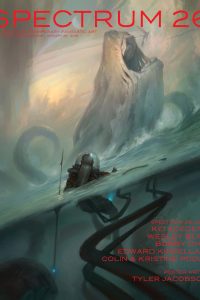