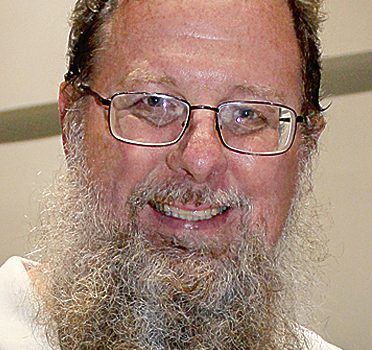 Sadly, what sticks most with me about 2018 is how many greats we lost. Two SFWA Grand Masters, and two more who very plausi­bly could have been named Grand Masters.

On January 22, the in­comparable Ursula K. Le Guin died. She was perhaps the best writer in our field, and was plausibly men­tioned as a candidate for the Nobel Prize in Literature. On March 8, we lost Kate Wilhelm, who was a major writer of both SF and mysteries. I believe she should have been an SFWA Grand Master, and perhaps only her mid-career swerve to primarily crime fiction prevented that. Then on June 28 Harlan Ellison died. Ellison, like Le Guin and Wilhelm, had a reputation that spread far outside our field – in Ellison’s case, much of this was founded on writing for and about television and movies. But he was first a writer of fiction – and mainly short fiction, of unusual intensity and verve. A minor point about all three writers, of particular interest to me, is that they were three of only a few surviving writers who wrote for Cele Goldsmith Lalli during her time as editor of Amazing and Fantastic.

Also, on May 27, we at Locus lost one of our col­leagues, Gardner Dozois. Gardner may have been best known as an editor, one of the very best in SF history. But he was also an excellent writer, though not terribly prolific. And he was a perceptive and always interesting critic. Like Wilhelm, he could have been an SFWA Grand Master but was not – in my view, the quality of his fiction was worthy, but the quantity fell short. However, when I consider his outsize importance as an editor, I name him a Grand Master in my canon.

As we lose the greats, we hope future great careers are a-building. These days it is novels that most readily make a reputation, but my heart is with short fiction. So I’ll list the stories of 2018 I thought particularly impressive.

And I’ll begin by mentioning Ursula K. Le Guin again. Two new stories appeared in 2018, “Pity and Shame”, a fine historical Western, in Tin House, and in The Paris Review the very moving “Firelight”, about Ged on his deathbed: “He would go on this time, until he sailed into the other wind. If there were other shores he would come to them….”

Staying with mainstream sources, Karen Russell’s “Orange World” (New Yorker) is a powerful and honest and scary and also often funny story about an older woman, pregnant for the first time, and the devil that forces her into making a deal in exchange for her baby’s safety.

My very favorite story this year may have been another story from a veteran of both SF and Mystery: “Dayenu”, by James Sallis, from Lady Churchill’s Rosebud Wristlet. It’s an exceedingly odd and unset­tling story, beautifully written, about a veteran of a war and his rehab – from injuries? Or something else done to him? And then about a journey, and his for­mer partners…. The story itself a journey somewhere never unexpected.

One writer who had something of a breakout this year in my mind was Kelly Robson, what with her Nebula win for last year’s powerful horror story “A Human Stain”, followed by her Tor.com Publishing novella Gods, Monsters, and the Lucky Peach, a great mix of time travel and ecological reconstruction, and then an exceptional story from Jonathan Strahan’s Infinity’s End, “Intervention”, a very grounded story set in space, about child rearing and social status and how they intertwine: just an intelligent piece of believable social speculation.

Infinity’s End was full of wonderful stories – a great capstone for a great series of original antholo­gies. Another favorite was “Foxy and Tiggs”, by another Robson, Justina: about an intelligent fox creature and an intelligent raptor, working to solve a murder on a space habitat-cum-hotel. Add Peter Watts’s wonderful bit of philosophical speculation, “Kindred”, built around a monologue directed by a certain entity to a reconstructed human intelligence in the very far future; another far future story, Hannu Rajaniemi’s “A Portrait of Salai”, about art and love and the meaning of life in a radically changed Solar System, plus numerous other strong stories, and you have the anthology of the year.

More strong pure SF comes from James Patrick Kelly’s Tor.com story “Grace’s Fam­ily”, which weaves questions about what is a family, about virtual envi­ronments, about AI, about the place of story in creating our lives and our family connections into an investiga­tion of the purpose of intelligence in the universe.

Among names somewhat new to me that really made an impression were Alix E. Harrow and Octavia Cade. Harrow’s “A Witch’s Guide to Escape: A Practical Compendium of Portal Fantasies” (Apex) is a pretty special librarian story, with our witchlike librarian try­ing to help a boy from a difficult family situ­ation escape – even if escape means to trashy fantasies. Cade’s “The Temporary Suicides of Goldfish” (Kaleidotrope) is amusing, clever, sometimes sweet, about a shop that will turn you into a goldfish to escape a sticky situation.

Rich Larson by now is a very familiar name, and his first novel, Annex, appeared this year. Fortunately, he’s still writing short stories, and this year I was really taken with his “Carouseling” (Clarkesworld), a decep­tively simple story about an artist who loses his physicist lover to an accident caused by a major experiment she was running, and who has a chance to, in some sense, communicate with her again via a form of virtual reality. Really moving work.

A few very colorful fantasies stood out for me. “The Tale of the Ive-Ojan-Akhar’s Death”, by Alex Jeffers (Giganotosaurus), is a lovely and somewhat intricate look at a diplomat from one empire who has to an extent “gone native” in the country of his posting, Haisn. The story turns on a performance of an historical Haisner production: The Tale of the Ive-Ojan-Akhar, and how that leads to revolution in Haisn, and the expulsion of the protagonist. That hardly describes the pleasures of this lovely story.

“The Heart of Owl Abbas”, by Kathleen Jennings (Tor.com), is likewise lovely, original, and moving, and to an extent, like Jeffers’s story, it’s about the effect of art on politics. It concerns a songwriter, a mechanical singer who inspires him, and the city of Owl Abbas and its Little Emperor.

Juliet Marillier’s “Beautiful”, from Aurum (re­viewed this issue), is an effective reworking of “East of the Sun, West of the Moon” from the point of view of that tale’s normally little-noticed Troll Princess.

Dale Bailey’s “The Donner Party” (F&SF) is the most conventionally shocking story I read this year, a story about awful people who do truly awful things, in what seems to be a version of, perhaps, Victorian England, in which the upper classes eat the flesh of the lower classes.

“The Buried Giant”, by Lavie Tidhar (Robots vs Fairies) tells (literally – it’s an expertly framed story) of the dangerous adventures of a boy in a post-apocalyptic world who wants to be a “real boy” (i.e. robot), and in the process encounters a robot cat and a robot fox, and a dead girl and a manshonyagger. Powerful work.

And what about the novellas this year? As ever, Tor.com Publishing’s series of novella chapbooks really shone – there were three more Murderbot stories from Martha Wells, Artificial Condition, Rogue Protocol, and Exit Strategy, all quite entertaining, and effectively bringing this arc of Murderbot’s story to a close, while leaving room for the rumored upcoming novel. I’ve already mentioned Gods, Monsters, and the Lucky Peach, by Kelly Robson, and there is also a lovely timeslip story from Ian McDonald, Time Was, about what a bookseller finds when he investigates a mysterious book of poems, with a letter from a WWII soldier that leads to a strange story of the soldier and his lover as they show up at a wide variety of conflicts. And I don’t want to neglect the print magazines – from Asimov’s I really loved an exciting story from David Gerrold & Ctein, “Bubble and Squeak”, about two men desperately trying to escape a tsunami threating the LA area; while from Analog I was impressed by Alec Nevala-Lee’s “The Spires”, a 1930s-set adventure in the Alaskan bush, built around an attempt to explain a classic Fortean mystery.

I confess I come to the end of many years of read­ing wondering if the field is in some sort of decline, and upon examining the best stories I’m again rein­vigorated. We’ve again lost some greats, but there are other greats coming. 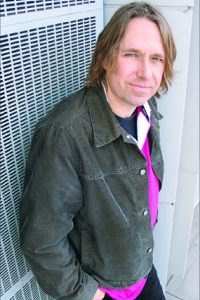 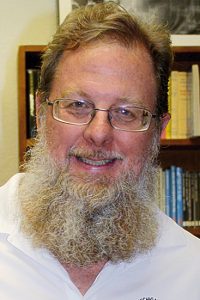 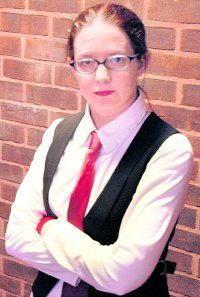