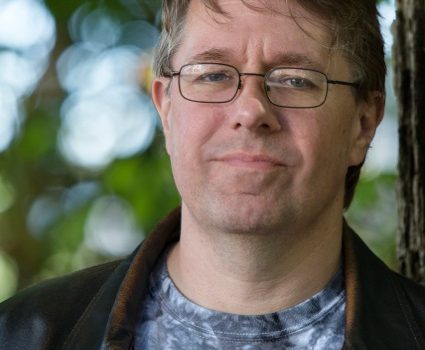 I owe a lot to Doctor Who, but not my enduring affection for the time travel story. In my formative years, the Time Lords had grounded the Doctor, the Tardis confined to a corner of the laboratory while an endless parade of monsters kept trying to invade or blow up nineteen-seventies Earth.

What did it for me—what opened my mind to the imaginative possibilities of time travel—was HG Wells. Not the book of “The Time Machine”, though, which I’ve still never read (shame on me), but George Pal’s not-very-well-regarded 1960 film. Well, I loved it anyway. Those scenes of the time traveller wandering the ancient, crumbling ruins of a  future civilization, exerted a powerful influence on me. Puppet shows like Joe 90 had introduced me to the idea of the future as a concept, but this was on a radically different scale: not just a handful of years or decades, but hundreds, thousands of years.

After that, I gobbled down anything with a time-travel theme. Star Trek episodes—that guy doomed to wander the “corridors of time”—The Time Tunnel, Planet of the Apes, a barely-remembered kids show called Man-Dog, in which rival agents battle for control of the future. Even Doctor Who, once it re-engaged with the theme, as it did in the Tom Baker years. Comics: the “Flesh” stories in 2000 AD, about a time-traveling food consortium harvesting dinosaurs for meat. That’s why they went extinct!

It was books, though, that really sunk their teeth in—and convinced me then and now that time travel stories can be as serious as they’re playful, often at the same time, and are fully worthy of consideration as science fiction. I don’t have a problem with that at all. The universe may or may not permit past-directed time travel (it certainly allows travel into the future) but the mere fact that physicists and philosophers are still debating this— even such luminaries as the late Stephen Hawking, who thought long and hard about time travel— convince me that it’s not “merely” fantasy. I’d put time travel into the same related category as faster-than-light travel and superluminal signaling: probably impossible, but not categorically so.

The best fictional example of time travel being examined in rigorous terms is undoubtedly Gregory Benford’s Timescape, from 1980. Even if the “travel” part consists of quantum signaling, rather than physical displacement, it’s one of the truest books ever written about the scientific method. Benford isn’t just playing with preconceived ideas here—﻿he’s constructing an intellectual framework in which time travel might really function, paradoxes and all.

Connie Willis brings a different set of concerns to the theme in her great novel Doomsday Book, from 1992, but to equally forceful effect. The mechanics of time travel are somewhat secondary here, but the book pulls off an incomparable feat of world-building in creating an entirely immersive vision of plague-ridden Europe. The twist is that our time-traveling protagonist has been sent into the wrong era, haplessly ill-equipped for the dark times in which she finds herself. First she must recognize that she’s adrift in time, and then adapt, survive, and find a way back to the present. It’s gripping, mind-stretching stuff.

For sheer immensity of scale, mapping the cosmic vistas of space opera onto time—trading endless parsecs for endless centuries—there’s rarely been much to challenge Asimov’s The End of Eternity (1955). This book, with its Allwhen Council, its time-traveling kettles (shuttling up and down time history like elevators in a shaft) and Minimum Necessary Changes, has stayed with me since I first read it. I’ve gone back to it since, and I know it creaks mightily in places, but what it does well it does extremely well indeed. Like those entropic vistas in The Time Machine, it evokes vast futurity very effectively.

Asimov’s big mistake, later in life, was to tie this novel into his developing meta-universe, which already contained the uneasy marriage of the Foundation and Robot sequences. He’d have been much better off leaving this and other books well alone. Alas, he couldn’t stop himself. If only someone could have gone back in time to argue him out of this late-career mania for stitching everything together. Perhaps there’s a story in there, albeit a not particularly thrilling one.

Yet one of the enduring attractions of the time travel narrative is precisely that it allows us to daydream about correcting the grave mistakes of the past. I have absolutely no data to support the following assertion, but if we’re presently seeing a modest revival of interest in the time travel story (not that it ever went entirely out of fashion) might that reflect the uncertain times in which we now find ourselves, beset by climate anxiety, political demagoguery, rampant nationalism, and the emboldened specter of nuclear Armageddon?

It’s only human to wonder how we got into this mess, especially when—for a short while, at leas—the course of history seemed to be on a somewhat more enlightened trajectory. From that, it’s only a short step to imagining the alterations that might have steered us out of the quagmire, and to fantasize, if only privately, about going back and fixing things. That desire to undo past mistakes can apply on any level, from the personal to the global.

Since we aren’t likely to arrive at a state of utopian perfection anytime soon—although one can but wish—I see no reason why the time travel story, in all its ramifications, from the serious to the playful, the epic to the intimate, won’t remain a vital part of science fiction in the years—indeed centuries—to come.

Alastair Reynolds was born in Wales in 1966. He has a Ph.D. in astronomy. From 1991 until 2007, he lived in The Netherlands, where he was employed by The European Space Agency as an astrophysicist. He is now a full-time writer. Alastair’s books include the Revelation Space novels and Permafrost. 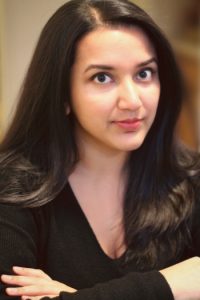