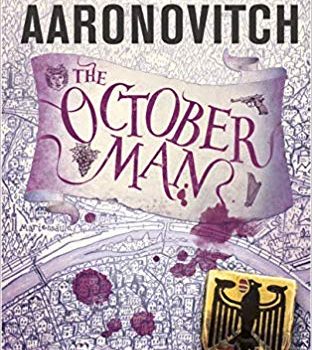 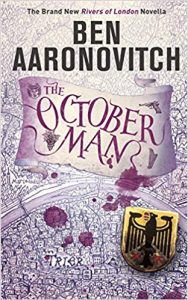 In the novella The October Man, Ben Aaronovitch travels across the English Channel from Peter Grant’s magic-infused London to Tobias Winter’s magic-infused Trier, Germany. While they don’t share a language, Trier and London have a lot in common regardless. Both have rivers and river goddesses who inhabit them. Both were first settled by Romans. And both have small-but-mighty police squads devoted to understanding the uncanny that skips merrily through the countryside.

Winter is not the wit Grant is but makes up for his relative seriousness with a discipline his British cohort lacks. When he is called to a murder scene in a local vineyard — the deceased was presumably killed by a rampant grape fungus — his first impulse is to check for radiation rather than magic. Because, he explains, “as Mama says, far better to be safe than radioactive.”

Winter’s stolidness is a feature rather than a bug. While there are moments of adventure and daring, the story of this crime is both a satisfying whodunit and a primer on how magic works in Deutschland. The October Man would be an interesting place to enter the Rivers of London world. Rather than fae, a new reader would anticipate werewolves, perhaps — and still greatly enjoy Aaronovitch’s work. Those who know the Folly will appreciate this outsider’s view of Grant and Nightingale, as well as learn a bit about how the latter spent the war, while still greatly enjoying Aaronovitch’s work, even if it is set someplace new. 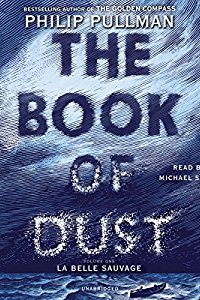