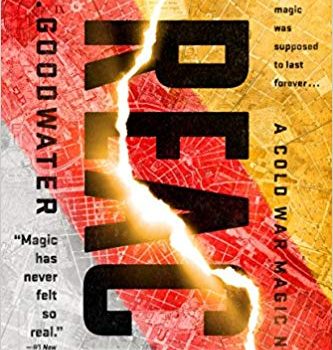 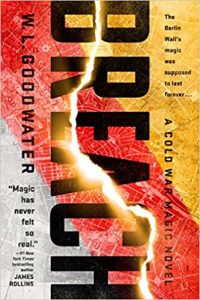 Cold War espionage and magic mix in this fan­tasy spy thriller. Karen O’Neil is an American magician, a government researcher tired of dealing with men who don’t believe women can be competent. She’s excited to be assigned to a secret mission in post-WWII Berlin, where the Wall has developed a hole, small but growing. The Wall was erected overnight by Russian magicians after the war, and the magic is a mystery to the Americans and their allies, but they’re seriously worried. The Russians find out and secretly send a legendary agent to deal with the problem. Bodies start to turn up, and the problems threatened by the Wall’s collapse go far beyond the political, verging on cosmic horror. Some details of this alternate history are unclear – most particularly the post-war timeline – but overall this is a solid first novel with some intriguing magic and a spectacular final battle. 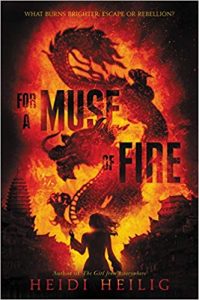 European colonialism comes in for a critique in this interesting young-adult fantasy novel, the first in a trilogy set in an alternate 1874 where certain elements of technology are interestingly advanced – and mixed with magic. In this world, Aquitan (France) maintains a cruel rule over the land of Chakrana (South Asia), but continued rebel efforts have left the country in turmoil. Jetta Chantray, a teenaged shadowplayer whose forbidden magic gives her a special way with shadow puppets, dreams of making her way to far Aquitan, where the king has a passion for shadow plays. Unfortunately, a rebel attack ruins her plans, and she finds herself struggling to survive in the resulting chaos – and not reveal her magic. She also hides an illness – bipolar disorder, though not called that – complicating things further. The issues involved in this story are complex, and not always clear, but lots of ac­tion and a bit of potential romance with an oddly well-connected, mixed-race theater owner keep things involving.