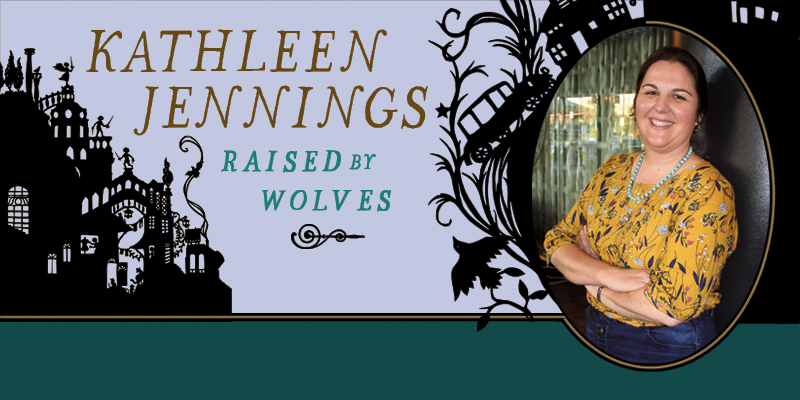 Kathleen Dolan Jennings was born May 26, 1980 in Brisbane, Australia, and spent much of her childhood on a small cattle station in Western Queensland. She attended the University of Queensland, and worked as a lawyer for ten years (five in private practice, five for the government) before shifting her focus to illustration and writing. She recently submitted her dissertation for a MPhil degree on Australian Gothic literature.

Jennings has been a World Fantasy Award finalist for best artist three times (2012, 2013, and 2016), was a Hugo Award finalist for best professional artist (2018), and has won ten Ditmar awards, including several for artwork and as a fan artist, and for the short story “A Hedge of Yellow Roses” (2015). Her story “The Heart of Owl Abbas” was published in Tor.com in 2018, and other stories have appeared in Andromeda Spaceways Inflight Magazine, Lady Churchill’s Rosebud Wristlet, and various anthologies.

Jennings got her start in book illustration with Greer Gilman’s Cloud and Ashes from Small Beer Press (2009), and has produced many covers and interiors for a variety of publishers including Tor.com, Subterranean, Tartarus, Ticonderoga, Andromeda Spaceways Inflight Magazine, and many more. She recently illustrated Kij Johnson’s The River Bank (2017), a sequel to Kenneth Grahame’s The Wind and the Willows. She also did illustrations for seasons one and two of serial fiction Tremontaine (2015-2016), edited by Ellen Kushner. She lives in Brisbane, Australia.

“A couple of years after I was born, my parents decided they wanted a lifestyle change and bought a cattle station out west. Some people have stations that are 60 or 100 thousand acres – or more! – but ours was much smaller by comparison. It was only half an hour to the nearest town, which had about 20 people on a good day, and no shops or anything. It was an hour to the town with the nearest school, which only went up to year ten. If it rained, which it didn’t often, the roads would be cut because there weren’t many bridges – you just drove through the creeks. My mother thought that an hour each way on the school bus was too much in primary school, so I did a lot of distance education, basically correspondence school and education over the radio.

“I went to boarding school for two years in Toowoomba, about an hour and a half from Brisbane – it was a city of boarding schools and nursing homes. (It’s much better now.) Then I moved to Brisbane for university, lived in a residential college there, and stayed in Brisbane and got a job as a lawyer. I really liked it. I did a lot of contract law and property law. The property law made sense with my growing up in the country, but the contract law? It’s basically fairytales. Every old English fairytale is about, ‘What did you actually promise? What were the precise terms of the agreement, and did you actually deliver on what you said you would?’ I liked the narrative aspect of it.

“I grew up with books, very much, and obviously children’s books were often illustrated. The first book where the illustrations were as important to me as the words wasn’t a picture book – it was The Chronicles of Narnia with Pauline Baynes’s illustrations. I went to the Tolkien art exhibit in Oxford in June 2018, and I was expecting Tolkien’s art, but there were also two original Pauline Baynes paintings, and that was amazing.

“I always drew, and I always made things. My family was very handy, and it was ordinary for us to sit around making things while someone else read out loud. I always drew, and always wrote. I saw myself as more of a writer, but I’ve come to realize in retrospect it was storytelling that I loved and books that I loved, whether that comes out as prose or illustrations. For me, they are connected.

“One day, when I was working as a lawyer and living in a share house, I thought, ‘I’m doing too many things. I have to work out the things I can do, will do, and want to do every day.’ I could draw every day, even if it was just a smiley face – you get really sick of drawing just a smiley face every day – and I could write a hundred words every day. I was drawing, doing a weekly illustration challenge, and putting it on my blog. I was getting feedback, I was getting better, and the progress was very visible. Probably a year into that process of regular updates with illustrations online, I got my first job for Small Beer Press. It just snowballed from there. Kelly Link & Gavin Grant at Small Beer have been great to me and for me. The f irst thing they hired me for was Greer Gilman’s Cloud & Ashes.

“I’m self-taught. Along the way I tried to learn from other people and from books. For the last few years I’ve been pursuing a bit more art education, the Illustration Master Class and things like that, but most of it is just looking at other people’s work, studying it – and then making myself draw a lot. I cultivate the good sort of artistic self-doubt – you come back to something you did and say, ‘Okay, that line is not quite the way I want it to be.’ The artist Peter de Sève said, ‘An artist’s drawing is a catalog of the shapes that he loves. When I’m drawing something, I’m trying to find the shapes that please me.’ He guesses that’s what people call a style. That’s so beautiful for writers or artists. You’re just trying to find the line that pleases you, and not being complacent.

“The online art community is very important to me, but I think it’s the larger literary storytelling community I love – sitting around talking to someone about words, and then they throw out a line, and then you draw a picture, and then they write something they thought of, and then you say, ‘No, I wanted to draw rats, not mice,’ and then they change their story – I love that collaborative aspect of the online community.

“Six or seven years ago I was part of a fairytale group art show in Brisbane, and that’s the first time I really did the silhouettes as I’m doing them now. I had done silhouettes previously, and I had cut-out designs in the sketchbook I started to work up to that art show. I keep finding old pieces I did, usually on white paper, often with pinpricks incorporated, which I don’t do now. I can trace it back to those early days of doing a lot of crafts – we had a book of ‘Pennsylvania Dutch crafts’, with cut-paper designs. We also had lots of old rural handyman’s guides, about how to make lanterns with tins and a nail, punching holes in them. The Reader’s Digest Self-Sufficiency Handbook had plans for making things like old-style wooden cradles and folding tables – I remember cutting a lot of those out of cardboard and making miniatures of them just to follow the instructions. Cutting things up to make other things has always been interesting to me. My silhouettes came out of making stuff with my hands.

“I did have to learn to interpret stories on the page, picking what scenes to illustrate. In the beginning I was doing a lot of cover art, and now I’m doing interior illustrations as well, which has a lot more of that process – which moment do I illustrate? How do I visualize this world and the people moving within it? A book cover has a lot of other external considerations, because it needs to essentially sell the book. The beauty of a lot of small-press and specialty and limited edition publishing is that the market is there. You can do things which ornament the book as well as sell it. I really appreciate that early training in the small press world, because it let me have fun while I was learning.

“I always had a very visual memory. A lot of times I can’t remember if I’ve read a book or seen a movie of it, because when I read, I imagine it so vividly. The process of bringing the story onto the page is very natural. I can draw my own ideas onto the page, but it’s quite difficult to illustrate my own writing after I’ve written it, whereas with someone else, I’m seeing it visually as I read. Sometimes I read with a pen in hand and sketch as I go to capture those fleeting moments. ‘Oh, yes, I want people running there, there’s a hint of something snuffling in the leaf mold, how do I catch that?’ I love that sense of reading a book through a pen.

“I studied English literature at uni, and I just submitted an illustrated master of philosophy in English literature – it’s like a half-size PhD. It’s not an MFA, because it’s a research-based degree like a PhD, but it’s only two years, ideally. When I sat down to write the dissertation, I realized all of that inclination to interpret and analyze and reposition and do certain readings of texts had gone into my illustration. As an illustrator you’re commenting, you’re reinventing, and you’re supporting and analyzing. I love it when writers realize that’s what illustrators are doing, because it becomes this lovely conversation about a work with someone who’s read it very closely. That part of illustrating I found fairly natural, because of my university experience. There were a lot of technical points I had to learn, but being allowed to play in other people’s books was very fun.”

Read the full interview in the January 2019 issue of Locus. 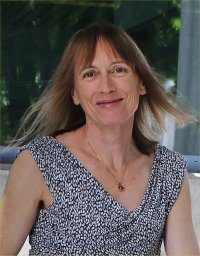 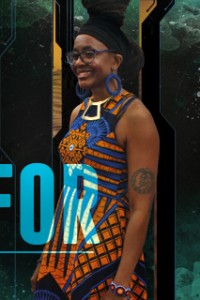